At the end of 2012, many people felt somehow disappointed, but the promised spiritual rebirth is just around the corner

In 2011 I published a book called 2012–2021: The Dawn of the Sixth Sun. In this book, the Toltec and Aztec wisdom tradition of central Mexico regarding time and the current transition from one cycle to another was revealed for the very first time. The book was greeted with skepticism, even disbelief, because it gave dates and cycles that differed in many respects from the widely known Mayan calendar. To this day they are being ignored, even though time has proven the Mayan calendar to have been badly misinterpreted, particularly with regard to the year 2012. 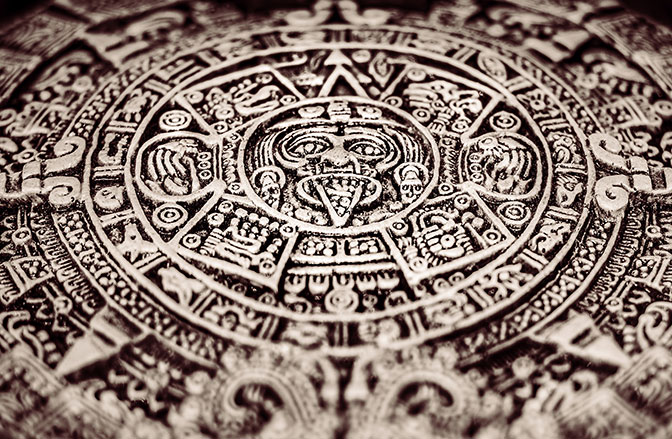 At the end of 2012, many people felt somehow disappointed because neither a global catastrophe nor the spiritual rebirth of humanity had taken place on December 21st. But in the teachings I received from the custodians of the Aztec and Toltec tradition, the transition from one time cycle to another wasn’t tied to a particular date, but was more of an organic process. Nature herself illustrates this process every day: at dawn, darkness prevails, then little by little light starts breaking through until night turns to day. According to Toltec and Aztec wisdom, one time cycle gives way to another in exactly the same way.

These time cycles are known as “Suns.” Each lasts, or “reigns,” for 6,625 years, with 29 years being shared with the previous Sun and the following Sun during each transition. The Suns have individual features, but can be categorized into two groups—day, or light; and night, or dark—which alternate, just as day and night do.

Metaphorically speaking, this refers to the fact that during the day, when we are awake, our physical eyes are open and we are looking outward into the light. Looking outward is one of the main features of the Fifth Sun, the day Sun that is about to finish. During it, we have looked outward to find God, healing, and satisfaction. There has been a need to conquer territories, to be seen to succeed. We have sought happiness through the acquisition of external things, or through achievements in the outer world. For this reason, this kind of Sun is favorable for organized religions, war, finding happiness through others, our surroundings, travel, exploration, and so on, as history has confirmed over the last few thousand years.

On the other hand, when we close our eyes, we can only look inside, into darkness, into our unconscious, which is known in the Toltec tradition as our underworlds, the places where our dreams create our experience in the waking world. There we see the forces that we are unable to see in daylight, but which rule everything that exists. Therefore, dark or night Suns, such as the Sixth Sun that we are about to enter, are more spiritual Suns, where satisfaction comes from getting to know our inner self as well as from creating our own reality from the inside. 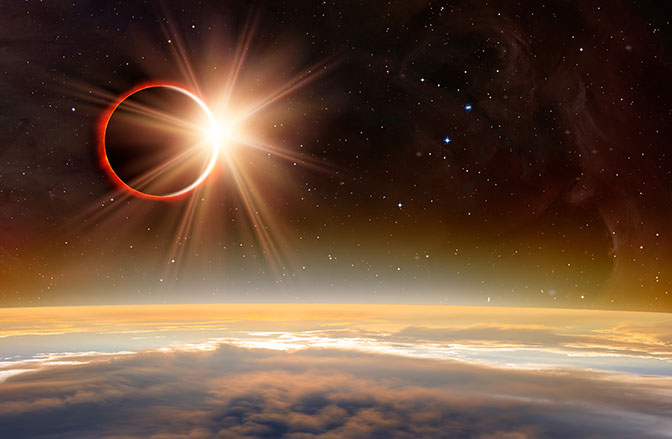 According to the Aztec and Toltec count, during the first 20 and half years of this transition we would witness external developments leading to the establishment of a different reality, and it is undeniable that the technological breakthroughs we have experienced during these years have led to the development of a “virtual reality” undreamed of back then. Moreover, people have used the new technology to seek spiritual answers far beyond those offered by the established patriarchal religions, and spiritual knowledge and practices have spread throughout the world. The speed with which this has happened and the fast‐forward movement in communication and in our lives in general are also clear features of the dream world, in which, once we are lucid, that is, aware that we are dreaming, we can manifest anything immediately. So it can be said that we have already started preparing for the night Sun, although the day Sun is still influencing us. According to the Toltec count, December 21st, 2012, was the point at which the Suns would be exerting their influence equally on the collective mind.

The last nine years of the transition would then bring a real inner change, according to the prophecies, because everything that had been hidden would come to light. We can see this starting to happen now, with revelations about politics, religion, and pedophilia. Furthermore, humanity would then be facing its underworlds, its collective unconscious, and all the unresolved issues stored there, particularly in the years 2020 and 2021, which would be the most challenging ones.

I must confess that when I first wrote about this, I did so with absolute confidence in my teachers, but without really understanding how these changes would take place. Now, I realize that my faith was justified. Through their oral tradition, the Toltec and Aztec cultures maintained the correct interpretation of the cycles of time. The events of the last few years, and especially the crisis that we are facing today, are evidence of that.

Among the teachings I received was that day Suns tend to be patriarchal: masculine forces are in control and often repressing feminine forces, so the energies are imbalanced. One of the ways in which this manifests is through an imbalance in one of the most important feminine forces, Mother Earth, in the form of viruses and bacteria.

But the most important point I made then, which I will reiterate here, is that during this transition time, we should not be deceived by illusion or fall into the trap of fear and collective suffering. We are not powerless. It is how we perform our inner work that will determine how we come through this transition.

Over the last few years I have been sharing teachings about spiritual awakening, lucid dreaming, and dying an enlightened death, but today I understand that the same ancient knowledge can be used to help us stay healthy and move into a new way of being, a new cycle. That’s why the last Aztec spokesman, or tlahtoani, the young Cuauhtémoc, gave one final command a day before giving the Mexicans’ power to the Spaniards: “Hide our treasure. Pass it from mothers to daughters, fathers to sons, teachers to students. Keep it safe, because it will be needed with the coming of the Sixth Sun.” What he meant by “treasure” was not gold, as it was thought at the time, but knowledge.

The ancient people of Mexico knew of tiny particles of matter, from atoms to viruses to bacteria, and called them michtons. According to ancient tradition, there are four different types of Fire, and our immune system works with one of these, the Young Fire, to fight viruses and bacteria. This is a masculine type of Fire. However, we also need another type, the Female Fire, which is in charge of tackling what is about to come. 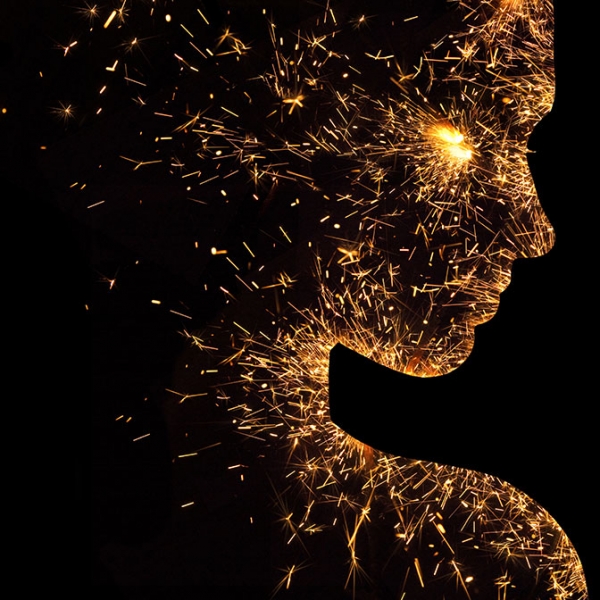 We also need to activate the Fire of knowledge, the Ancient Fire, known as huehueteotl in our tradition, to illuminate the dark times we are living in. This type of Fire enables us to have lucid dreams and to benefit from them, because in our dreams we create our waking experiences. For example, pandemics are normally related to violent dreams. In the collective mind of humanity, these dreams were instrumental in creating the coronavirus pandemic, as well as many of our environmental problems.

As individuals, we must all play our part in the transition to the Sixth Sun. In my new book The Real Toltec Prophecies, I will teach you to lessen the violence in your dreams as well as provide other ways forward and other teachings from central Mexico. I will reveal the Toltec prophecies that time has proven to be true. To be real. 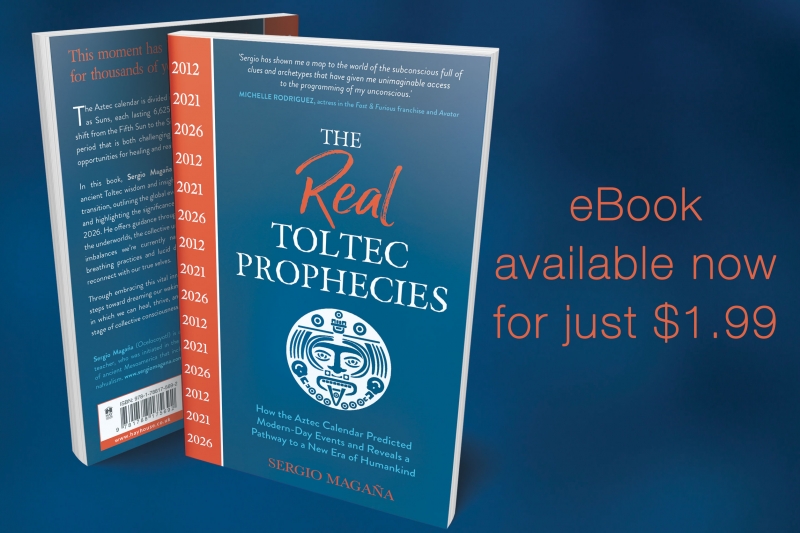 Sergio Magaña is a famous Mexican healer who has been initiated into the 5,000-year-old Toltec lineage of Mesoamerica, as well as the Tol shamanic lineage of dreaming knowledge. Sergio is one of a few spokespeople who have now been asked to Continue reading