So what are cultured or fermented foods? They are food loaded with probiotics. Foods like kefir (similar to yogurt but much stronger), cultured vegetables, and a special tea called kombucha tea. I call them The Trilogy. They’re loaded with so many different strains of probiotics and you can find them in health food stores or you can make them yourself, which is easy and fun. These foods are much more powerful than probiotics that come in pill form. Your body loves them and they not only heal your gut, but they help with digestion, elimination, cold and flus, and a million other things. You are 100 trillion bacteria and when these special, unseen helpers diminish in numbers because of antibiotics or drugs (and foods that harm our micro biome) we suffer. Food allergies are a huge warning sign that your gut is needing your help to restore the balance once again. I have helped thousands of people eliminate their food allergies. You just needed a little wisdom as to why you have food allergies. Consume cultured foods with each meal and then those special microbes go to work to fix and repair your gut. The body was designed to heal itself. Disease is not the enemy, it’s the warning sign and call for help. You can heal - and when you do, you will be a lighthouse to others. 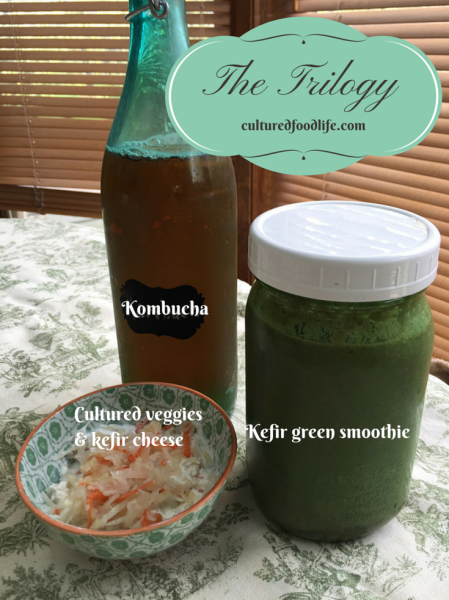 It was early 2002 and my sixteen-year-old daughter climbed out of bed and stumbled into the kitchen. “How do you feel this morning?” I asked. Her response broke me. “I never feel good any more mom. I feel bad all the time. My stomach hurts after everything I eat.” What had happened to my daughter that caused her to become allergic to the foods she would eat? What was causing all the pain in her gut? Doctors couldn’t help me except to suggest the removal of her gallbladder, hoping this would help. I was in pain because she was in pain, and I was on a mission to help her. 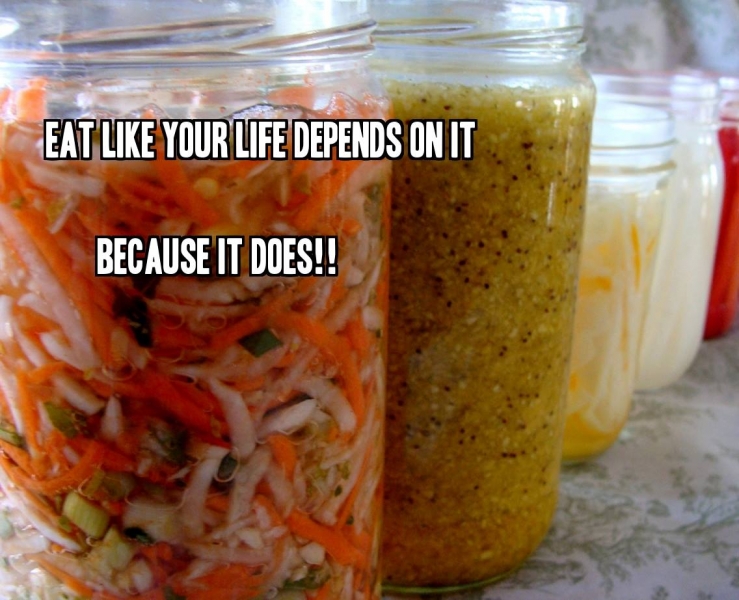 I had just started making probiotic cultured foods the previous year and found that these foods helped with her digestion. That morning I called someone who was, in my opinion, a health expert. What happened next changed not only the course of Maci’s gut but my whole life as well. I told this person I was making cultured foods, which she also believed in, and she said something to me that I will never forget. “You should feed your daughter a cultured food at every meal since it helps with digestion and see if it makes a difference. So I did. 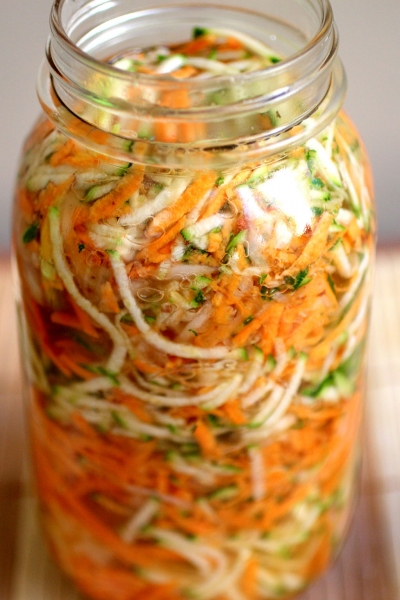 Maci had a cultured food with each of her meals and in a month her stomach stopped hurting. Within three months her food allergies started evaporating, and a year later she could eat anything she desired. She was no longer allergic to the mass of foods she had been allergic to. It felt like someone had casually handed me the keys to the kingdom of food allergies, and I am so glad I heeded that casual advice, because it changed everything for her. I began telling my friends about this miraculous method of healing food allergies and fixing their guts, and they began to heal too. It was quite remarkable, and to this day I have seen thousands heal their food allergies with these remarkable cultured foods. I had no research that these foods worked to heal the gut besides the lives I was helping and witnessing – until now.

A new study, published this month in the Proceedings of the National Academy of Sciences, has discovered not only a possible cause of food allergies but also a probable cure. Food allergies rose a whopping 50% between 1997 and 2007, and I saw this in my own home. My daughter, who had no previous food allergies, had suddenly developed them and I wanted to know why. The team found that young children overexposed to antibiotics were at greater risk of developing food allergies. They were able to identify a naturally occurring bacteria in the human gut that keeps people from developing food allergies. The bacteria, called Clostridia, is a big class of bacteria which includes hundreds of members. This strain of bacteria diminishes with frequent antibiotic use at a young age — making children more susceptible to food allergies later in life. Maci was given antibiotics every year when she would get her yearly sinus infection, and now I can see how this affected her. The research team administered antibiotics to young mice and found they were more likely to develop peanut allergies than the control group. Then they were given this special and diverse group of bacteria called Clostridia. This is a good bacteria that naturally occurs in mammalian guts — and like magic, the mice’s sensitivity went away. They were no longer allergic. I had seen this in so many people and now I knew that it was the probiotic foods that people were eating that was causing the gut to heal and restore itself.

Here are the steps we took to heal my daughter’s gut.

1 cup of kefir for breakfast, in the form of a smoothie.

What is kefir? It is similar to a pourable yogurt, containing 50 more strains of beneficial probiotics than yogurt contains. It can be made with milk or non-dairy milks and is loaded with B vitamins, vitamin C, and billions of probiotics. You can buy this at health food stores, and many grocery stores are carrying it now. I teach people how to make it and it is super easy! You can find more info on my website and in my books. 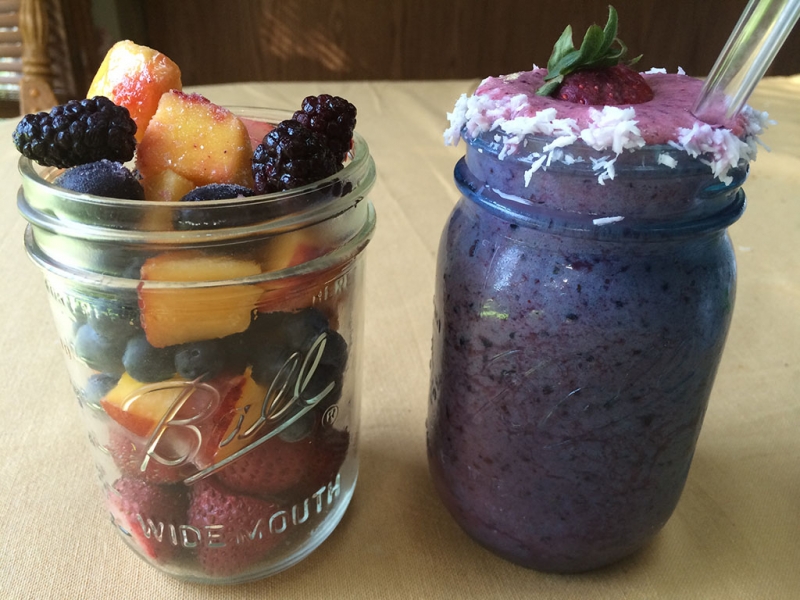 Cultured vegetable with lunch and dinner. 1 - 2 spoonfuls. What are cultured vegetables? These are foods like pickles, krauts, and any other vegetables that are fermented the old fashioned way and loaded with probiotics. You will find them in the refrigerated section of health food stores. They will say "contains live bacteria" on the label. I teach people how to make them and it’s simple and fun. These veggies can last for many months in the refrigerator, perfectly preserved! You can find more info on my website www.culturedfoodlife.com. 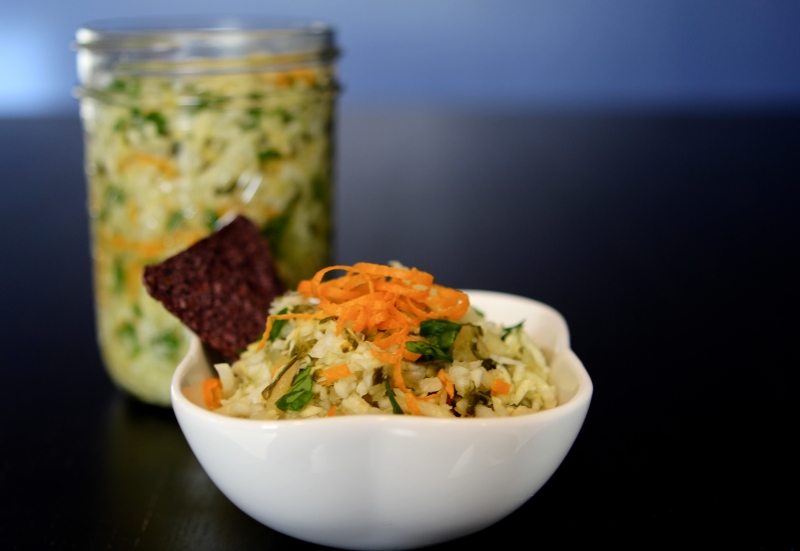 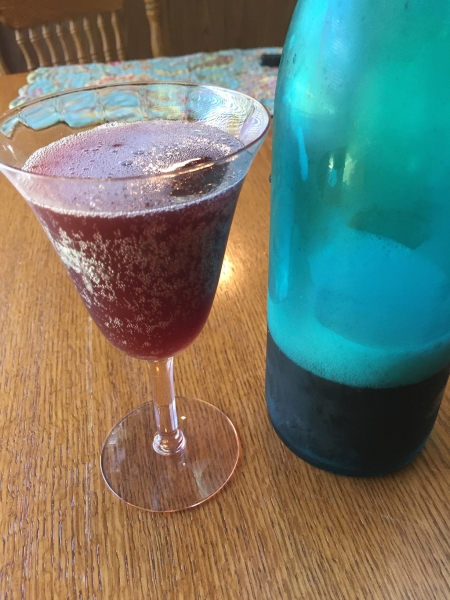 What is kombucha tea? It is a special black or green tea that has been fermented with a culture. It becomes a tart, bubbly drink that has lots of probiotics. It will also assist the liver in detoxing you and restoring balance to your gut. You will find kombucha in the refrigerated section of health food stores and in many grocery stores. Kombucha is becoming a big business and people love it not only for the taste but for how it makes them feel. I also teach people how to make kombucha. Making kombucha yourself is much more affordable and gives you lots of different flavored varieties! You can find info on my website and and in my book.

"Healing takes courage, and we all have courage, even if we have to dig a little to find it." ~ Tori Amos 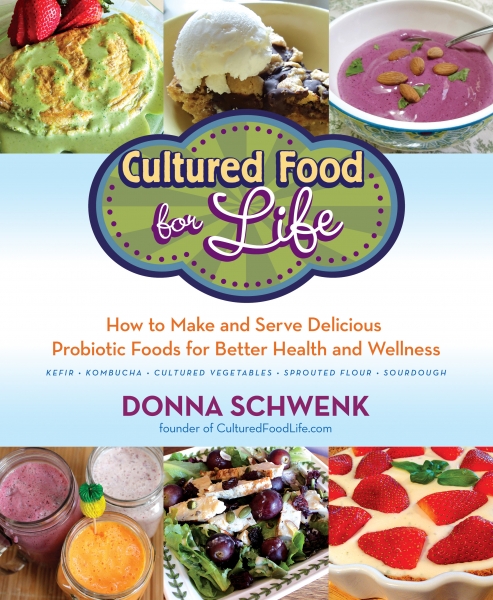 Donna Schwenk is the Kansas City Chapter leader for Weston Price Foundation, a worldwide organization comprised of people dedicated to restoring nutrient-dense food to the human diet through education, research, and activism. She teaches classes i Continue reading