Free your fury with these tips from Melody Fletcher 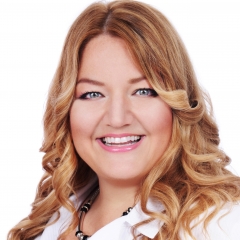 When you release anger destructively, it means just that: it’s destructive. You either hurt someone, something or yourself. None of those are part of the ultimate goal of feeling better. In fact, a destructive anger release always leads to greater powerlessness and a perpetuation of more anger. There is no relief.

If, in your anger, you tell your mother you hate her, punch a hole in the wall, or worst of all, turn the anger inwards at yourself, you’ll end up with feelings of guilt, unworthiness, depression and, at worst, you’ll end up in jail where your powerlessness is highly amplified.

A constructive anger release happens in a safe environment, generally alone or possibly with a trained practitioner of some kind (look for someone who can handle anger). The object of the anger (the person you’re angry at) is generally NOT present. Why not? Because the anger release isn’t about THEM. It’s about YOU and how you feel.

This is why it’s not a bad thing to blame others, as long as you’re doing so constructively. When you push self- blame outwards and you blame someone else, you don’t have to do it to their face. They never even have to know that you’ve used them as an excuse to become more empowered. They don’t have to be there. This is not about what they need to hear.

It’s not about getting anyone to understand how you feel. This is not about forcing others to make a change so you can feel better. Do not rail against them and demand that they stop manipulating you. This is about you not allowing yourself to be manipulated any more. When you fully embrace this new, self-empowered perspective, your reality will mirror it back to you. You’ll attract people who have no desire or need to try and control you. So, yes, you can rail against them, but not to their faces. It also doesn’t matter whom you’re directing your anger towards, as long as it’s not you. This can even be someone you love. I promise you, you are not harming them in any way. You can’t put the hex on them by having angry thoughts about them. Always remember that as these emotions come up to be released, they’ve been there all along. You’re not creating an emotion that wasn’t there; you’re simply allowing a toxic sludge that’s been festering inside you for quite some time to come out. Better out than in, I say.

Releasing anger can happen in a variety of ways, but it’s always best to express it and direct it AT someone or something. Again, the object of your anger does not have to, and actually should not, be present. Although you can pretend that they’re in the room while you yell at them. This is actually incredibly satisfying. You can also write a letter to them that you’ll never send, which will also help you to direct your fury outwards.

Another method is to do something physical, like take a brisk walk, stamp your feet or punch some couch cushions. Physical movement gets energy flowing, which can make quick work of an anger release. Choose whatever activity you like, it really doesn’t matter as long as it works for you. I do, however, have three ironclad rules for having a constructive anger release that you should never break:

As I already said, it’s best not to have anyone present (especially not the object of your anger) during your anger release. This is for two reasons. First, you won’t shut yourself down. If you’re worried about hurting someone’s feelings, you’re not going to allow the anger release to come to its conclusion, which means you won’t actually shift much energy.

Second, they won’t shut you down. Very few people are able to handle someone’s anger constructively. It makes them uncomfortable. Often, people will shut down your anger by getting even angrier than you. They’ll bully you into submission. Or, they may guilt you into stopping. In order to have a full anger release you have to keep going until you simply don’t feel angry any more. You’ll feel tired and spent (or possibly euphoric, although that usually comes later), but you won’t feel angry any more. This is not the same as letting off a little steam. Other people get in the way of a constructive anger release.

Rule #2: Don’t censor what comes out

This is where the emotional poop metaphor comes in handy. If toxins have been festering inside you for ages they will not look or smell great as they come out. That doesn’t mean you should keep them in. When you have a long overdue anger release, what comes out of you will not be pretty. You will say mean and hateful things. You might even curse like a sailor (this is highly recommended, actually, especially if you don’t normally curse). DO NOT censor yourself.

Remember, no one ever has to know. But you have to be willing to express how you truly feel, so that you can get it out of you and move on. You have to be honest. Also remember that this is not an all or nothing game. You can love someone and still hate them in the moment. Being angry with someone doesn’t mean that you no longer care about them. But using the fact that you love them as an excuse not to acknowledge how you feel will keep you stuck in powerlessness. No one that truly loves you would ever ask you to do that.

Rule #3: Get angry with anyone or anything EXCEPT yourself

And finally, never, EVER get angry with yourself. You can get mad at anyone or anything, but never direct the anger inwards. This will drag you right back down to SHAME or even DEPRESSION. This is the main reason that people never move past SHAME. They feel themselves naturally move into anger, but won’t allow it. They shut it down by directing the anger towards themselves, moving back into self-blame, and getting stuck in a never-ending cycle of SHAME to ANGER and back to SHAME – a cycle of doom. If you don’t want to get stuck there, make sure to direct your anger outwards.

After an anger release, especially if you’ve had a volatile one (lots of crying, yelling, etc.) you’ll feel immediate relief. You may feel a bit tired, as I said, but you will feel better. Over the course of the next day or two, you may experience some after-shocks. You may feel the need to cry or take a nap, or sleep more. If that comes up, honour how you feel and let the tears flow, take the nap, sleep as much as you need. Not everyone has this experience, but many do. Most people also experience a period of absolute elation sometime after an anger release, some even on the same day. This euphoria is an indicator of the new, higher vibration you’ve moved into. As you acclimatize to that new vibration, it won’t feel quite the same (things will normalize), but you’ll continue to feel better.

Will you have to have a huge anger release? This is impossible to say. You may; you may not. This will vary from person to person and from issue to issue. You may release a lot of anger on one issue and seemingly skip right over it on another (you will not skip it, you will just move through it very quickly). The point to remember is this: if anger comes up as a result of focusing on what you want, just like any other emotion, engage with it, let it flow through you and out, and be done with it. Let the emotions do their job.

Melody Fletcher empowers her readers to change their lives by reminding them that they are WAY more powerful than they've been led to believe, and that they do, indeed, create (and receive!) their own reality. Melody believes that pretty muc Continue reading