Let Go Of These Ridiculous Notions About Money Today

The world is a magical place. What we’ve been offered so far is anything but.

Let’s start with our current economic system. It’s made up. It’s a random agreement we’ve all agreed to participate in. But it’s not real.

It was designed by the reptilian part of our brain, the part that’s scared, the part that hollers, Danger! Watch out! Protect yourself!

It’s based on artificial lack and rampant, unsatisfying consumerism. It can never give us what we really want. One of its key tenets, in fact, is to encourage us to seek things we already have. To keep the economy growing—the holy grail, according to the current paradigm—we’ve been forced to monetize all the gifts we were given coming in . . . things like health, water, entertainment, food.

Even self-help books promote the very peace and well-being you already have—or did, before we laid our economic story on top of it.

Until our financial paradigms got all up in Mother Nature’s face, we were gifted with everything we could ever need.

When you build anything, particularly an economic system, on faulty information, it should come as no surprise when it fails to satisfy. 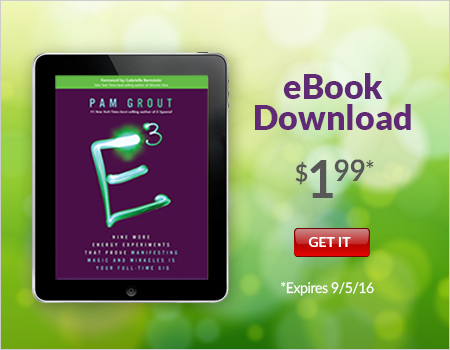 Here are a few of the bald-faced premises upon which the official dogma of the Western world is built:

1. That we face an indifferent universe.

Every thing we do, everything we believe, is predicated on the idea that we live in an indifferent and sometimes even antagonistic universe. To be successful, we think we must bend it to our will. Exert control, use discipline. To believe the universe might know what it’s doing, to think it might actually love us and have a plan for our lives, is antithetical to every lesson economists teach.
Is it really just a chance coincidence of random molecules that we are conscious and breathing and listening to Israel Kamakawiwo‘ole play “Over the Rainbow” on a ukulele?
Once you get on the joy and gratitude

frequency, you come to see that the universe is not only a co-creative force, but it’s your strongest ally. 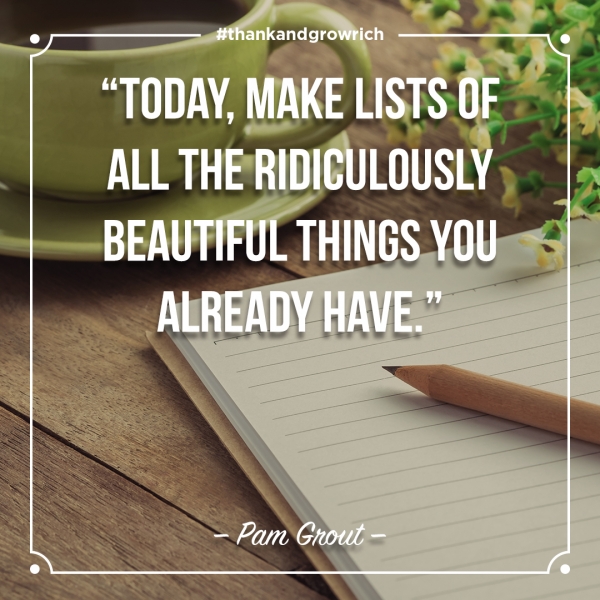 2. That there’s scarcity and lack.

The current economic system touts insufficiency and promotes the preposterous notion that important things are missing in your life.

Once it supplied all your basic needs (food and shelter, both of which were originally provided for free by Mother Nature), it was forced to come up with fake stuff to sell you—things like deodorant, plastic banana slicers, dancing Santa decorations, and other things that don’t serve human happiness. In many ways, the economy Adam Smith helped create is little more than a government-sponsored pyramid scheme.

The assumption of scarcity is one of the central axioms of economics. It’s regarded as objective truth. However, like most “objective truths,” it’s nothing but a projection. Like the people watching shadows in Plato’s cave, when we break free from our chains, we can see very clearly that the world is wildly abundant.

And I’m not talking just metaphysically. Vast quantities of food, energy, and other resources go to waste every day. Yes, half the world is starving, but the other half throws away more than enough to feed them. There is more than enough to go around.

Even more abundant than the material world is the spiritual world: the creations of the human mind—songs, stories, films, ideas . . . all the stuff we call intellectual property.

Once we take off the blinders, throw overboard the story we’ve been sold, we can see how truly abundant the world really is. 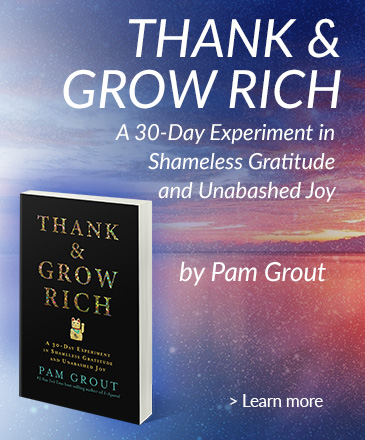 My new book, Thank And Grow Rich, has 30 days of experiments to back up this concept.

The current financial system is based on the idea each of us is an isolated fragment, disconnected from each other and from nature. It operates under the false assumption that what happens to someone over in Africa has no bearing on you or me. It’s based on the idea that we can pollute this river over there or extract that ore down there without affecting ourselves.

Any Economics 101 professor will tell you that maximizing self-interest is normal, that competition is in your DNA.

But when we give up our cultural story that it’s a dog-eat-dog, every-man-for-himself world, we can’t help but notice that human cooperation is actually the norm. People love to help each other. Ask for directions if you don’t believe me. People will fall all over themselves to help.

I would argue that giving to your fellow man is a human need.

Tim Cahill, founding editor of Outside magazine, told me this story when we were in Namibia a few years ago:

While walking to the Swakopmund Convention Center for a presentation he was giving to the Adventure Travel Trade Association, he asked a local, balancing a basket on her head, for the quickest route.

Noticing this stranger was on foot, she asked him, “What time do you need to be there?”

When he told her, she immediately pivoted and said, “C’mon. Let’s go back for my car. Otherwise, you’ll never make it.”

This is who we really are, lovers of life just waiting for the chance to help.

My daughter, a card-carrying member of Oxfam, helps host what the international confederation calls a Hunger Banquet at her college every year.

Upon arrival, each guest draws a random ticket assignment to a particular “seat” at the world’s economic table. Fifty-six percent (representing those who live in dire poverty) sit on the floor and get maybe a handful of rice and dirty water. The 42 percent who represent the middle class might get a sandwich and a card table. The remaining 2 percent get white tablecloths, china, and a feast fit for a king.

The purpose of the banquet is to open our eyes to the fact that economic disparity and location, income, and available resources depend a lot on randomness and dumb luck.

But what ends up happening (and this is where our notions of the world get seriously threatened) at these Hunger Banquets that Oxfam has staged in dozens of countries is that the 2 percent, when faced head-on with the 56 percent sitting on the floor, end up sharing their gnocchi, asparagus, and artichokes in pesto cream sauce.

Given the chance, people consistently do the right thing. This is what’s true. This is what our inner impulses instruct us to do.

Once we let go of our ridiculous notions of “the way the world works,” we get ample proof that there’s absolutely no need to protect ourselves from each other, from nature’s cruelty, or from our own inner impulses.

4. That our purpose in life is to value things that just don’t matter.

The economic system, as it currently reigns, encourages us to go against our highest nature. It encourages us to seek money above all else. It creates a hierarchy that certain people are better than others. It tells us that having more stuff makes us happier. It teaches us to hoard resources, to value a big car more than, say, an old-growth forest. Anyone who has ever spent time in an old-growth forest can tell you there’s a lot more satisfaction to be found under a 2,000-year-old redwood than in the Lincoln MKX Matthew McConaughey drives around in TV commercials.

Our overblown consumer culture is a massive exercise in missing the point.

What the current financial paradigm offers us is not natural. It’s not what we really want. The best things in life, as the old saying goes, are not things. Derek Sivers—the brilliant entrepreneur who started CD Baby and sold it for $22 million, 95 percent of which he gave to charity—said he’d love to buy trained parrots to fly around every mall in America squawking,

What we do really want is to give of our gifts and talents, to be of service. We want to love. We want to be generous. We need to do these things. It’s what makes us happy, what brings us alive.

Real security lies in becoming more of who we really are, in traveling light, being free in mind. Money, which is nothing but a bunch of green paper and plastic cards and numbers in a virtual cloud somewhere, is temporary, ephemeral, malleable. It’s a symbol and works best when it’s circulated. It gets stagnant sitting in one man’s hedge fund.

Speaking of hedge funds, I think it’s important to point out that villainizing hedge-fund managers and AIG for writing $3 trillion in unregulated derivatives is not the answer. CEOs making $500 million are as much a victim of the current financial paradigm as the rest of us.

I’ve often argued that amassing $10 billion, the amount Donald Trump claims to be worth, is not that different from stockpiling old newspapers, leaky buckets, and all the other junk collecting in the homes of the dysfunctional folks we watch on the A&E show Hoarders. Having too much money throws off perspective and causes stupid moves, like buying stuff you won’t use or really even want except that our current economic system has deluded you into believing more stuff makes you happier. As Frank Lloyd Wright once pointed out, “Wealthy people are little more than janitors for their possessions.”

Tom Shadyac, the famous writer/director of Ace Ventura, Liar Liar, Bruce Almighty, and other Hollywood hits, seconds Wright’s the conclusion. “Money and possessions are a trap,” he says, explaining why he chose to ditch his 17,000-square-foot compound for a 100-foot double-wide. “Spending our time accruing comfort and material possessions only inhibits and complicates happiness.”