5 All Natural Substitutes For Sugar

5 All Natural Substitutes For Sugar 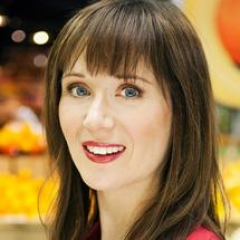 Life in the Sweet Lane: Five Ways To Kick Refined Sugar To The Curb

Life has evolved to seek out sugar. It is such a comfort and pleasure that the idea of giving up the sweet stuff sends chills down our carb-loving spine. I mean, how can we let go of ice cream on the 4th of July? The great news is that there is new hope that you can leave refined sugar behind and embrace a sweeter source.

Refined sugar is everywhere –  it is in most packaged foods, beverages, sauces, soups, dips, coatings, and on and on. The trouble with refined sugar is that it is worse than just empty calories. Think of the white stuff like a credit card that creates nutritional debt in the body. A closer look at the chemistry of its metabolism reveals that a tremendous amount of nutrition (such as B-vitamins and minerals) is needed for the body to use sugar calories as fuel. Your body has to sacrifice these to spin the sugar into energy so you end up with an overdraft on your storage bank of nutrition.

The good news is there are at least five sweet ways to replace your passion for refined sugar. These unrefined sweeteners retain their natural anti-inflammatory antioxidants. By swapping out refined sugar and corn syrup with whole food sweeteners, you’ll help protect your body from inflammation and potentially even reduce aging!

I think the best sweetener of all time is raw honey. Being unrefined and unpasteurized, it’s the healthiest type of honey to eat. When honey is heated its peroxide content, which is what makes it a natural antiseptic, is reduced. Add it to your tea or coffee after it cools to make sure it has the greatest health benefit. Raw honey contains the vitamins, minerals, and phytonutrients the bees collected from the local flowers. It is best to support your local bee keeper because the bee’s will give you a natural shot of local pollen that allergy sufferers find can reduce allergic reactions. It’s also a source of quercetin, a powerful antioxidant that prevents histamine release from mast cells.

Unrefined honey contains traces of propolis, a gooey substance that works both as an antibiotic and an antifungal glue, protecting the hive from microorganisms.  In 2002 Dr. Bilsel and team discovered that the anti-inflammatory antioxidants in raw honey can also reduce damage to the colon caused by colitis.

It is my sincere hope that by supporting your local beekeeper, you can help raise awareness of the importance that bees play in our environment. Bees pollinate 30% of our food supply and the use of pesticides has significantly reduced their numbers in the last few years. I encourage you to plant lots of wild flowers and support local and organic farmers when possible. 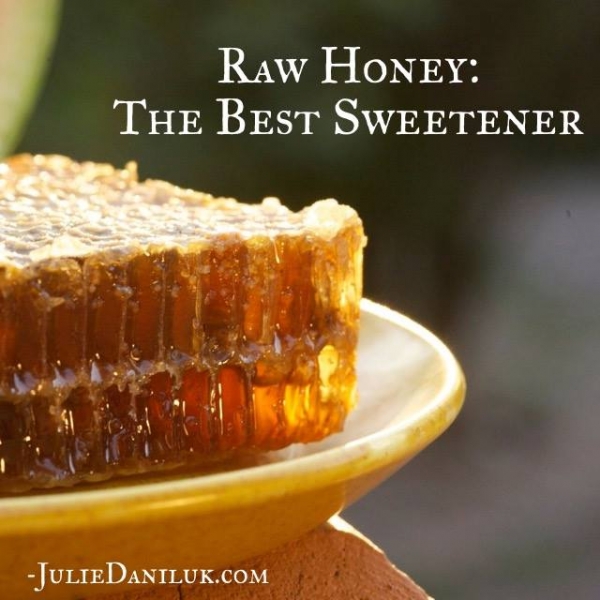 A tuber from Peru called yacón is fast becoming a hot new alternative sweetener, and has even caught the eye of Dr Oz due to its prebiotic inulin (also known as fructooligosaccaride or FOS). Yacón syrup has a cinnamon scented caramel taste and has half the calories of honey because the body does not digest so many of the FOS carbs. Therefore, it doesn’t spike your blood sugar. Instead, it feeds the good bacteria in your gut and helps support good digestion as well as good gut immunity. Yacón is rich in potassium, phosphorus, chromium, calcium, iron, and B vitamins. Chromium and B vitamins support healthy glucose metabolism, making yacón an ideal sweetener for diabetics and people who suffer from inflammation.

Note: Yacón may cause intestinal distress in people who are sensitive to inulin.

The sap of the sugar maple tree is boiled into syrup that is concentrated in sugars and minerals. Although a fantastic tasting natural sweetener, it is very high in sucrose and therefore is not ideal for people with metabolic disorders or anyone who wants to watch their waistline.
Maple syrup contains an impressive amount of manganese, which can boost the levels of the antioxidant enzyme called superoxide dismutase that is powerfully healing. It also contains some calcium, iron, potassium, magnesium, zinc, vitamin B1, and phenol antioxidants. Syrup made from late-season sap is higher in amino acids, including gut-healing glutamine and threonine so I recommend you go for the dark syrup.

Coconut and palm trees produce flowers that can be tapped for a sap that is rich in sugar, which is often dried into a granular form.

Unrefined coconut sugar is rich in antioxidants and phytonutrients that can help protect against diabetes and hypertension. Some of these phytonutrients inhibit the activity of some carbohydrate-digesting enzymes (namely alpha-glucuronidase and alpha-amylase) and therefore help to decrease the amount of glucose that is absorbed into the bloodstream from the intestines. This slowing of the sugar’s absorption makes it 35 on the Glycemic Index  (the lower the number on the scale, the healthier the sweetener). It also contains phytonutrients that help to reduce blood pressure.

Stevia (pronouced STEH-vee-yuh) is a natural sweetener derived from a South American plant, which is related to chrysanthemums and daisies.

Unrefined stevia (which is about 30 times as sweet as table sugar) is sold as a light green powder. In its whole, raw state, stevia is anti-fungal and antibiotic. This makes it suitable for people trying to balance levels of candida or other microorganisms in the body. It’s also anti-inflammatory and safe for diabetics. Mixing whole stevia extract with freshly squeezed lemon juice and water makes a fantastic refreshing beverage that masks the licorice aftertaste. Because of its licorice flavor people may find that it clashes with the taste of other ingredients in a recipe. For baking and cooking, some people may prefer to use refined stevia.

Refined stevia is a calorie-free sweetener that can be liquid or granular. However, if you use too much you may find it overwhelming, as it’s up to 200 times sweeter than table sugar. The white granular stevia commonly found on grocery store shelves can be cut with maltodextrin (which is most commonly derived from GMO corn) so look for a brand that is maltodextrin free.

Armed with these five super sweeteners, refined sugar cravings can be defeated once and for all.  Your energy soaring will be the first superpower in a long list of other health benefits!

Author and Nutritionist Julie Daniluk’s first bestselling book, Meals that Heal Inflammation, advises on allergy-free eating that tastes great and assists the body in the healing process. In Julie’s second book, Slimming Meals That Heal, she helps people shatter the need to count calories and conquer cravings by offering the Live-It a delicious new way of eating.

Julie Daniluk, RHN, best-selling author of Meals That Heal Inflammation (Hay House), has helped thousands of people enjoy allergy-free foods that taste great and assist the body in the healing process. She is also the co-host of TV’s Heal Continue reading