Listening Skills For A Happier Relationship 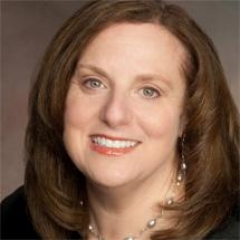 On the road to conflict resolution, listening is the superhighway. In my book, Kiss Your Fights Good-bye I share my proven conflict-resolution method that interrupts the cycle of fighting for the majority of couples.  To be heard is no idle need; it is deeply healing to the soul and the mortar of a happy relationship. This explains why women in unhappy relationships most frequently complain that their partners are unable to properly hear and respond to their emotions.

Why Is Listening So Necessary?

Each time there is a social unit of more than one person, it’s essential that the parties properly communicate. And, of course, no communication is possible without mutual listening. To be happily united, partners must learn a special kind of communication—emotional communication—and a type of listening—listening to the emotions. While you must listen to your boyfriend’s or husband’s emotions in order to prevent ANS arousal (an autonomic nervous system stress response causing an urge to flee!), it’s perhaps even more important that your partner learn to listen to yours. This is because relationship satisfaction is highly correlated to a man’s ability to listen to his partner.

As you embark on your emotional listening crash course, the first thing you need to know is that listening is an active process that requires two separate tasks: (1) clarifying that the speaker’s statements have been accurately perceived, and (2) verbally conveying to the speaker that the delivered message has been heard and understood.

I emphasize the word verbally because it’s common for a man to silently reflect on his partner’s communications, but offer no response. As far as a woman is concerned, she might as well be talking to a gerbil. In truth, many men, if asked to do so, could probably accurately restate the essence of their partners’ communications. But a woman doesn’t know that her partner “got it” unless he tells her so. I cannot stress strongly enough that effective listening is actually effective responding.

There are five basic skills that people who are successful listeners employ in combination. These are Mirroring, Restating, Asking for More, Questioning to Clarify, and Staying on the Same Emotional Level. Mirroring is nothing more than reflecting back exactly what the other person has said. This technique shows that a person is listening. Restating is a form of Mirroring in which the speaker’s message is reworded slightly. Asking for More is a technique in which the listener draws out additional information.

In this exercise, choose a subject that is bothering you, but make sure to avoid your hot topics. We don’t want intense emotions to interfere with learning the technique. Now, coolly discuss one feeling that has been aroused in you as a result of your conflict. It is your partner’s job to mirror back the feeling that you present. When his Mirroring is accurate, you will say, “Yes.” If his Mirroring is inaccurate, try again until he succeeds. Then, move on to your next feeling. It’s a good idea for the listener who is Mirroring to use a questioning vocal inflection. In this way, he leaves room for you, the speaker, to clarify in the event of misunderstanding. Use the following dialogue between Amy and Ken as an example of how you can practice Mirroring.

Amy: I can’t believe that my boss didn’t say hello to me today.

Ken: You can’t believe that he didn’t say hello?

Amy: Yes. And it really hurt my feelings.

Ken: Your feelings were really hurt?

Amy: Yes. And I even felt a little nervous that my job may be on the line.

Ken: You’re worried that your job may be on the line?

You get the idea. This exercise is driving home a technique that good listeners use automatically. Whenever a person’s words are mirrored back, it creates the feeling of being truly heard.

In the next exercise, Mirroring is elaborated upon through Restating. This is an excellent skill because the speaker knows that someone is making an attempt to understand, rather than just mimicking, which, if used to excess, can make the speaker feel like she is talking with Polly the parrot.

Amy: I can’t believe that my boss didn’t say hello to me today.

Ken: You were surprised, weren’t you?

Amy: Yes. And it really hurt my feelings.

Ken: Besides surprised, you felt hurt, too?

Amy: Yes. And I even felt a little nervous that my job may be on the line.

Ken: So, you were surprised, hurt, and nervous all at the same time?

Asking for More information serves a clarifying function and conveys that someone is making an active attempt to understand. This technique is achieved by combining interested body language (raised eyebrows, wide eyes, and nods) with questions like “And?” or “And then what happened?” The following passage shows how it works. The best way to teach your partner this technique is for you to demonstrate it for him.

Liz: You know, my sister was really nasty today.

Gene: What did she do this time?

Liz: It was the tone of her voice. She was really snotty.

Gene (leaning closer, eyes widening): What did she say?

Liz: She told me that because I hadn’t been working for a while, I wouldn’t understand the competitiveness in her office.

Gene: And what did you say?

Liz: I told her that I was offended.

Gene: And then what happened?

I think you can see how effective this technique is in conveying interest in all the details of a mate’s communication.

Researchers have found that happy couples live in harmony because the men in these relationships possess excellent encoding skills—meaning that they accurately interpret what their partners say. Make no mistake: good encoders are not psychics by birth. In fact, these men probably are as much in the dark as distressed boyfriends and husbands when it comes to understanding what their partners mean when they speak. So how does a happily united man manage to interpret his partner properly? It happens through a questioning process. Developing this takes practice, but it’s worth the effort to learn it. This is an essential listening skill. The following dialogue shows how Questioning to Clarify looks.

Pauline: You know, I can’t believe that you were late for dinner so many times this week!

Tim: Are you saying that you’re angry with me about it?

Pauline: Well, I am angry, but I don’t think that I’m angry with you.

Tim: Well, then who are you angry with?

Pauline: I’m pissed with that job of yours.

Tim: That job is putting food on the table!

Pauline: I think that you’re feeling attacked by me.

Tim: Yeah. I was starting to get a little hot.

Pauline: Let me start over. I appreciate what a good provider you are. I’m just annoyed that your boss makes you work late so often.

Tim: So, you’re pissed at my boss?

Pauline: Yes. And I wanted you to just understand that when you’re not here, I really miss you.

Pauline: That’s it, mainly. And I hope that your boss hires the assistant he promised soon.

Tim: I miss you, too, you know. Anything else?

Pauline: Come home earlier as soon as you can!

Tim: You know that I will. And I understand how hard it is on you and the kids.

Had the husband in the above example not asked the five clarifying questions, he could have easily misinterpreted his wife’s communication. What’s worse, misinterpretations often turn to disaster because many husbands act upon their false assumptions. I can’t stress enough the relationship-saving importance of learning the Questioning to Clarify process.

5. Staying on the Same Emotional Level

Staying on the Same Emotional Level means that, for the duration of your listening process, you consciously become the Siamese twin of your mate. As such, you don’t try to pull left or right; to do so would create psychological injury similar to the tearing that would occur if you tried to pull the twins apart.

The best way to teach your spouse how to stay on your emotional level is to warn him before you begin speaking that the communication you’re about to deliver is of an emotional nature. By alerting him before the discussion begins, you’ll help to abort his natural tendency to shift the conversation away from feelings and onto solutions. It’s preferable to put him in the right frame of mind before the talk begins.

Known to millions as Dr. Love through her website AskDrLove.com-the web's first relationship advice site, active since 1996-Jamie Turndorf, Ph.D., has been delighting readers and audiences for three decades with her engaging blend of professional exp Continue reading

Are You Blocking Your Energetic Pipeline?

Since relaxation and peace open the door to the ma

We all have different opinions. You have the right

What Is Your Spirit Animal?

What are Spirit Guides? This term describes any sp

Letting Go of Fear and Living Your Truth

Are You Programmed for Belly Fat?

One side effect of eating too much sugar is that y

Hooray for the Workforce!

We’re all in this game of life (and labor) togethe