Mike Dow Explains How Lifestyle Choices May Cause Alzheimer's 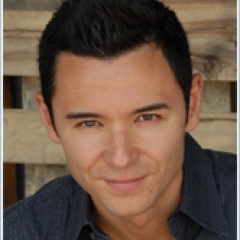 Research shows your brain starts to noticeably slow down as early as your 40's, particularly if you do nothing to combat it.

The Brain Fog Fix is about taking better care of your brain to help fight anxiety, depression, brain fog, scatterbrain, and other conditions that are becoming the scary status quo in our country. But it’s also about using simple strategies to help make your life easier, happier, and more fulfilling. It’s all connected: if your brain is in bad shape, chances are the rest of your life is, too.

What Is Brain Fog?

We haze, daze, and wire our brains with caffeine, sugar, starches, electronics, distractions, and unnecessary stress—a recipe virtually guaranteed to disrupt our brain chemistry. And then we rely on short-term Band-Aids like excessive caffeine, antidepressants, sleep aids, and social isolation that ultimately exacerbate our problems.

The good news is that you can reverse these trends and take charge of your brain health without too much difficulty at all. I’ll show you how.

The conventional response to these problems is actually creating even bigger problems. Insomnia makes us tired, so we turn to caffeine and energy drinks, which keep us from sleeping, which in turn lead us to seek over-the-counter or prescription sleep aids. The sleeping pills produce residual drowsiness, so we awaken feeling listless and unfocused and inevitably drink even more caffeine.

Over time, our mood worsens and our brain fogs, so we seek out antidepressants and perhaps some Adderall and yet more caffeine to help improve our focus. Then we need antianxiety meds and that extra glass of wine to calm ourselves down after all the stimulants we’ve ingested. All of these medications create side effects of their own, including weight gain, lowered sex drive, and, in some cases, chemical dependence.

Far too many of us are eating blood sugar–spiking carbohydrates and high omega-6 proteins and fats at every snack and meal, both of which can affect mood and intelligence and even set us up for dementia, which generally first surfaces as brain fog or scatterbrain—problems that we might’ve avoided simply by taking better care of our brains and bodies.

All sorts of related terms—age-associated memory impairment, subjective cognitive impairment, or, my personal favorite, “senior moments”—refer to that gray area between normal functioning and dementia or Alzheimer’s disease.

As baby boomers get older and our life spans lengthen (and as we eat more processed carbs, move less, and gain weight), mild cognitive impairment has seemed to take on epidemic proportions.

Many of these symptoms might not seem all that serious at first glance, so if you’re of a certain age and have had any of these problems, you might be thinking, Well, that doesn’t sound so bad. And even if it is bad, it’s not as if I can do anything about it.

Wrong on both counts.

If you are diagnosed with mild cognitive impairment, you are by no means doomed to an eventual Alzheimer’s diagnosis. On the contrary, take it as all the more reason to go on the offensive.

There are so many things you can do to prevent and even reverse age-related types of cognitive decline.

If your memory is going, you can fight to get it back.

We can employ neurogenesis-boosting strategies that keep the hippocampus fit, and potentially even reverse decline that’s already occurring.

Take Charge Of Your Aging Brain

In The Brain Fog Fix I explain how we can actually grow new brain cells with some very specific strategies. By targeting two primary brain structures, both of which are involved in learning as well as short- and long-term memory: the hippocampus and the prefrontal cortex, we can go a long way toward fighting senior moments.

The most reliable way to keep your brain sharp is to make learning a lifelong pursuit. Learn when you’re young, and once you’re done with school and in your chosen career, keep on learning. Learning is especially important as you get older, especially after retirement.

Learning is one of the best tools to protect the brain from cognitive decline and senior moments. It’s why people with higher levels of education have fewer senior moments, and why people who speak only one language show symptoms of dementia four years before bilinguals.

So head over to the Learning Annex, or your local library. Download a lecture online. Take up astronomy, or gardening, or any other subject that strikes your fancy.

In addition to learning, staying engaged in leisure activities helps you stimulate your brain. One famous study looked at almost 500 elderly people to examine the relationship between leisure activities and cognitive decline. Reading, playing board games and musical instruments, and dancing all reduced subjects’ risk of cognitive decline. Another study found traveling, gardening, and knitting also have protective effects. Yet another identified activities like reading and playing board games as protective against senior moments. But notably, there was one activity that significantly increased the risk of cognitive decline: watching TV.

While reading reduced the risk of cognitive impairment by about 5 percent, watching TV increased the risk by 20 percent.

So if you want to curtail senior moments, start by watching less TV and doing more gardening, card playing, or traveling.

Exercise is another fun activity that can protect your brain against cognitive decline. Aerobic activity has been shown to promote neurogenesis in the hippocampus. Just the simple act of walking every day might cut the risk of dementia in elderly people in half.

Exercise is also important because it helps reduce belly fat, and carrying excess belly weight can spell bad news for the brain. In one study, people with the most belly fat were three times more likely to develop dementia than those with the least. Even those subjects who did not have excess belly fat but were overweight had an 80 percent increased risk of developing dementia.

Exercise is also an extremely effective natural antidepressant, which becomes doubly important as people get older, since prescription antidepressants can impair cognition. And since older people are more likely to be on other medications—many of which are vital to their health—they should be all the more proactive about employing natural strategies to decrease the total     number of pills they take for all conditions.

The other miracle memory treatment is something called the n-back task which is available in full in The Brain Fog Fix If you’ve ever played the childhood game Concentration, you’ve used a version of this. Most brain training systems and apps like Lumosity and BrainHQ use a version of this as well. But the good news is you don’t need a subscription to use my version.

Unlike strategies that target crystallized intelligence, the knowledge and skills you acquire through life experience (such as expanding your vocabulary through crossword puzzles), the n-back targets your working memory, which tends to decline as you get older.

Decreasing blood-sugar spikes, shifting from omega-6 to omega-3 proteins and fats, moving from soybean to olive oil, and eating lots of vegetables and legumes high in B vitamins, including folate—will work wonders to prevent senior moments and other forms of cognitive decline.

•    Build your diet around Mediterranean basics like fish and olive oil.
•    Cut back on processed carbs, choose organic and pasture-raised meats and dairy.
•    Eat a record-breaking seven servings of vegetables and fruits every day.

Berries are truly a miracle food for your brain— high in flavonoids as well as fiber, which manages blood-sugar spikes—not to mention being delicious. Eating berries regularly has been shown to slow the progression of cognitive decline by up to 2½ years. Blueberries in particular might even help people overcome genetic predispositions for Alzheimer’s disease. Berries may have the power to reverse age-related decline.

Breakfast Swap: Ditch the orange juice and toast and reach for the slow-burning carbs in blueberries and raspberries. Mix in them in protein shakes with organic milk or unsweetened almond milk, or eat them with stevia and plain Greek yogurt.

We’ve already seen how the omega-3s in fish, DHA and EPA, can improve the functioning of our brain, and this becomes particularly important as we age. One recent study with adults aged 50 to 75 found that verbal fluency, visual tasks, and reading ability all improved with a fish oil supplement. Eating omega-3 superfoods will help ensure that you’re getting enough EPA and DHA.

And then there’s the most miraculous brain-restoring ingredient of all, turmeric. The effects of this miracle spice are quite evident in rural India, where fewer than 1 percent of seniors aged 65 and over have Alzheimer’s disease, compared to about 13 percent in the United States. The reason for this discrepancy is shockingly simple and incredibly inexpensive: it’s because Indians eat a lot of turmeric, a spice used in curry that contains curcumin, which has major anti-inflammatory and antioxidant properties.

Turmeric can also enhance neurogenesis in the brain while fighting Alzheimer’s disease–causing plaques. And in addition to making you think better, turmeric will make you feel better, too, possibly increasing serotonin in the brain.

Try to get a little of this magical spice regularly, and eat it with black pepper as the Indians do in curry. That makes it even more powerful because this combo makes the turmeric bioavailable.

Making some remarkably simple changes will allow you to rebalance your brain chemistry and tap into your inner reserves of power, joy, and purpose.

Dr. Mike Dow is a psychotherapist, author, and relationship expert.  Dr. Mike also appears regularly on The Dr. Oz Show as one of his Miracle Workers and has appeared on Rachael Ray, Wendy Willia Continue reading