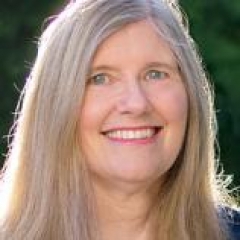 When my nineteen-year marriage shattered into shards, and I thought my heart might not ever heal, I discovered a book called Conscious Loving, by Gay and Kathlyn Hendricks. I already knew everything there was to know about unconscious loving, as in fused, unskilled, toxic, pick-your-poisonous-adjective relationships. But conscious loving? What a concept. So I read it and read it again. Their book gave me hope, and a road map to healthy intimacy. Conscious Loving claimed a special spot on my bookshelf, where it remains to this day.

Ten years later, I found myself listening to an unexpected voicemail. I thought it must be a joke: Gay Hendricks was calling about a manuscript he had written. Gay. Hendricks. And this was not his usual brilliant transformational fare—this was the first draft of a detective novel featuring an ex-Tibetan Monk turned Private Investigator called Tenzing Norbu, nicknamed Ten.

Gay couldn’t have known this, but I’ve been an avid devourer of mysteries and thrillers all my life, from Nancy Drew and Sherlock Holmes to the late, great P.D. James and Henning Mankell. I may be a lifelong spiritual seeker, but my passion for meditation and mindfulness is offset by an equal fascination with murder and mayhem. I had even authored a true crime novel myself and secretly harbored a desire to write a detective series. But how could anyone invent an original hero-as-detective, much less an approach to the mystery genre that invited light into the darkness, incorporating spiritual tools to address the world’s wounds?

Gay had manifested just such a hero, and now he was asking me if I would be a part of Tenzing Norbu’s world.

This was back in the spring of 2010, and a year later The First Rule of Ten found its home at Hay House Visions. Our hope was to create a detective who is both human and humane, well-meaning as well as flawed: a protagonist as skilled with a gun as he is with a Thangka, who deals daily with the push-and-pull between his present life as a struggling private detective in Los Angeles, and his past life as a reluctant Tibetan Buddhist monk. In other words, a modern-day spiritual warrior. 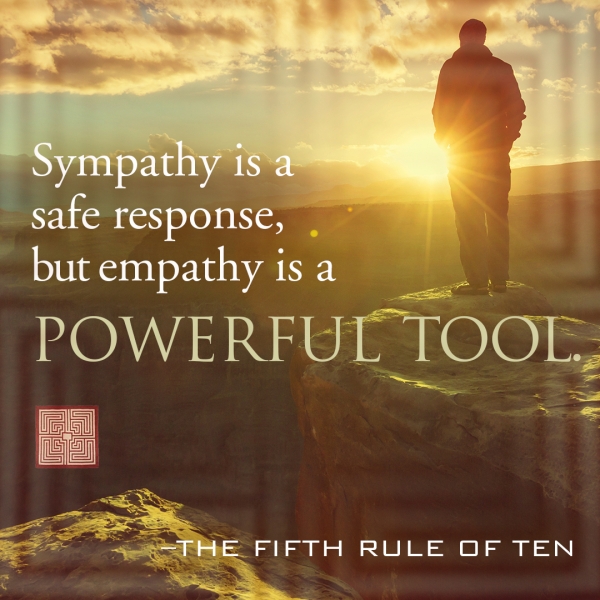 Which led us to the Rules of Ten. Like every young Buddhist lama from the Yellow Hat tradition, Tenzing was raised in a monastery governed by rules of behavior: 253, to be exact. They ranged from the sublime, (always speak the truth), to the somewhat ridiculous, (no tickling, and never climb a tree taller than you are). On his own in Los Angeles, Tenzing feels the need to create a new set of rules—guidelines to help him lead a mindful life while negotiating such worldly minefields as finance, romance, and crime.

Gay and I have loved creating Ten’s rules for the spiritual layman, because we, too, aspire to a life that applies practical spirituality to life’s challenges. Identifying Tenzing’s personal aspirations provides an opportunity to strengthen our own spiritual muscles, under the joyous guise of spinning rip-roaring tales. Like our protagonist, we do our best to incorporate these rules into our lives.

Here are the first five Rules of Ten, and how they apply to our character Tenzing, and us.

The First Rule of Ten: Don’t ignore intuitive tickles, lest they reappear as sledgehammers.

We all know the feeling—that nudge to our gut, the one that says Pay Attention. Maybe the tickle comes in the form of a vivid dream, or an inexplicable coincidence. Conversely, you might feel a small twist in your chest when you consider a questionable action. For Tenzing, several such intuitive nudges—telling him it’s time to leave his job as a cop—escalate until a stray bullet actually grazes his temple. The consequences need not be so dramatic, but ignoring our intuition when wrestling with a solution often seems to invite an acceleration of the problem. So these days, whenever my gut sends up a flare, I listen.

The Second Rule of Ten: Be on the lookout for unconscious beliefs: they are blinders that prevent you from understanding what is actually happening.

I love this notion—that we constantly project old storylines onto new circumstances, so blinded by the past we can’t discern the actual present. Tenzing must recognize and release unresolved father-son issues to negotiate a new relationship with a mentor, as well as let go of the constant self-critical thoughts that hobble his effectiveness as a detective. For me, every time I experience strong reactivity to a person, place, or thing, I have learned to check my underlying assumptions. More often than not, I am working off an unconscious belief both planted and nurtured by past wounds—a perception that bears little relation to what’s happening right in front of me.

The Third Rule of Ten: Keep current with the truth: we’re only as weak as our secrets, especially the ones we keep from ourselves.

Tenzing starts out this third adventure lugging a basketful of secrets, both personal and professional, and they are weighing on him mightily. He must come to realize what Gay and I, too, have had to learn, sometimes the hard way: communicating the truth is the fastest path to transformation, not to mention true intimacy. In my case, the willingness to be truthful usually starts inside: when I’m afraid to look at myself, I know I am trying to avoid acknowledging something that might make me seem flawed, imperfect, and unlovable. Ironically, every time I find the courage to face and then admit the truth, not only do troubled situations seem to resolve themselves, but people love me more, not less.

The Fourth Rule of Ten: Let go of expectations—they always lead to suffering.

Expectations are a subtle form of attachment, as Tenzing finds out over and over again in this fourth installment. His unreasonably high expectations of a dear friend almost fractures their friendship, and his low expectations of an ex-con almost costs him his life. The Buddha says attachment is the root of all suffering. Whether I admit it or not, whenever I allow expectations to color a situation, I’m attached to a result over which I may not have any control. It never ends well.

The Fifth Rule of Ten: Be mindful, both making and keeping commitments, that they be springboards to liberation, instead of suffering.

Tenzing fled from an early commitment to his Tibetan Buddhist tradition, and now finds himself unable to fully commit to his new way of life. Commitment is a double-edged sword, as he struggles to understand the difference between healthy surrender and blind allegiance. I wrestle with these same issues, balancing commitment to others with the need for personal boundaries. I’ve learned through trial and error to keep my commitments, as well as allow myself the freedom to say no when the cost is too high.

While Gay and I may not be solving actual crimes, practicing these Rules of Ten makes us more aware of the rich mysteries that daily surround us. And as long as Ten keeps teaching, we’ll keep listening…

I am so excited that the next book in the Tenzing Norbu series, The Fifth Rule Of Ten is now available. 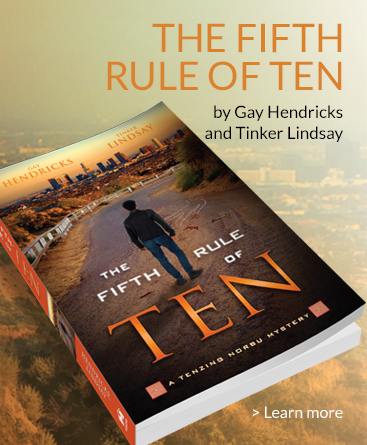 Tinker Lindsay is an accomplished screenwriter, author, and conceptual editor. A member of the Writers Guild of America (WGA), Independent Writers of Southern California (IWOSC), and Women in Film (WIF), she’s worked in the Hollywood entertainment Continue reading

5 Questions To Ask Yourself Under This Full Moon

There is a Full Moon eclipse this weekend, which m

Although I knew almost nothing about it at the tim

So what are cultured or fermented foods? They are

Will My True Love Ever Show Up?

Is it your dream to find a soul mate? A life-partn

If you’re like most people, you think of creativit

A critical step in adapting to our modern world is