5 Signs Your Pet Is In Pain

5 Signs Your Pet Is In Pain

Including Some Holistic Treatments To Help 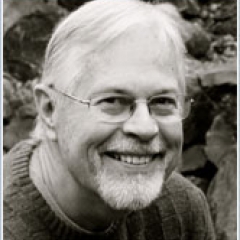 It can be very difficult to detect subtle, chronic pain in cats and dogs.  Most pet caretakers are looking for signs such as crying or whimpering, but this rarely happens.  Pets are great compensators.  They don’t like to hurt and they will alter their movement in order to relieve the pain.  This might be a subtle shift of their weight to the other, non-affected leg.  If the hindquarter; back, both hips or knees hurt, then they shift their weight forward.  This can go undetected by the caretaker for years until there is no longer a way to compensate and then the symptoms become obvious.  By then, the cause of the pain is usually so far advanced that it is difficult to turn around.

Perceiving Pain in Your Pet

For many years, we veterinarians were led to believe that cats did not have arthritis.  They showed no obvious symptoms.  Then, a study done at the veterinary college at North Carolina State University, found that about nine in ten cats over the age of ten years not only had arthritis, but they had it in multiple joints.  How did they manifest the disease?  They lied around and slept.  After the study was done and we became aware of the symptoms, when a senior cat came in for a routine visit, we might ask how the cat was getting around?  Often the caretaker would say, “Well, she is old and sleeps most of the time.”  This would be a clue that she might be in pain and we would focus on finding the arthritic joints and when we relieved the pain, the cat was back up being active again. 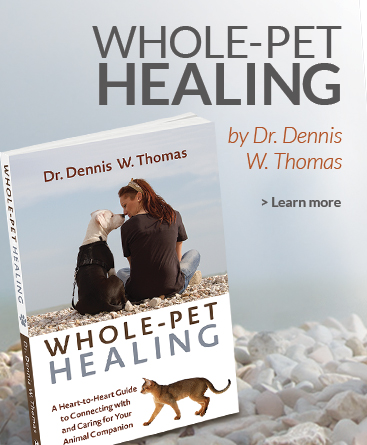 Those of us with senior pets should be looking for subtle signs that might indicate chronic pain.  These might include:

1. Reluctance to go up or down stairs

2. Inability to get into the car without assistance

3. Following you with her eyes instead of the head and neck

4. Bunny-hopping when turning around

5. Walking with her knees bowed

The very first pet that I treated with alternative medicine was Lady, a 12 year old Labrador Retriever with arthritic hips, knees and back.  She had been working with her regular veterinarian for years and basically, there was nothing more that could be done.

Initially, Lady had been given a non-steroidal anti-inflammatory medication that helped for a while.  Then, another pain medication was added when her arthritis worsened.  A joint supplement with glucosamine and chondroitin was also given.  In time, nothing seemed to help her get up and the veterinarian placed her on prednisone, a steroid for its potent anti-inflammatory effect.

Lady did well for a while despite the side effects of the drug; drank large volumes of water and produced large volumes of urine and had an enormous appetite.  She gained 20 pounds the few months that she was on the steroid.  The additional weight added to the problem.

Lady was carried into my office because she could no longer get up.  Her caretaker said that if acupuncture did not help then he would be forced to put her to sleep.

The acupuncture did help.  After treating her once a week for eight weeks, Lady was getting up on her on and willing to play.  She lost the extra weight and in time, according to her caretaker, was playing frisbee again and jumping up into the pickup on her on.

Why Does Chronic Pain Occur in Pets?

There are many potential sources for chronic pain including injury, internal diseases such as cancer, gastrointestinal disease and infection.  When we look closer for the source of the pain, we often find that inflammation is a primary factor.

Research in veterinary and human medicine has indicated that pro-inflammatory chemicals circulating throughout the body is often a major contributor to chronic inflammation causing not only pain but chronic diseases such as inflammatory bowel disease, allergies, arthritis and cancer.  In pets these inflammatory chemicals are most often caused by feeding inappropriate diets.

Both cats and dogs are carnivores, requiring diets that are high in meat protein.  Starchy carbohydrates fed to carnivores appears to be the primary source for these circulating pro-inflammatory chemicals.  Unfortunately, starchy carbohydrates are required for making dry kibble pet food.  They not only act as the glue that keeps the kibble formed but they are also an inexpensive method for filling the bag.

It appears that the best way for preventing chronic inflammation and pain is to feed a wholesome diet high in protein and low in carbohydrates to our pets.

I have been treating chronic pain in pets for over thirty years and although the medications have changed, the protocol, for the most part has not.  For many years we have used non-steroidal anti-inflammatory drugs (nsaids) to relieve the inflammation often associated with pain.  Over the years the drug manufacturers have strived to find stronger and stronger nsaids and have done a fairly good job.  The down side of these drugs is their potential long term side effects.

Most people have heard that these nsaids might have a deleterious effect on the liver, but this is just one of many potential problems when the drugs are used long term.  They have been known to lead to chronic GI problems, cardiovascular disease, organ dysfunction and neurological disorders.  To put a pet on nsaids indefinitely without monitoring for problems can spell disaster.  Even the drug companies recommend to use these drugs on an “as needed basis.”

Other drugs are often used in conjunctions with nsaids for chronic pain in pets.  Drugs like Tramadol or Gabapentin are often incorporated.  These drugs are classified as analgesics and have an effect on the pain sensory areas in the brain.  Tramadol is a centrally acting opiate antagonist (narcotic).  It is relatively safe for use in the dog but does come with warnings.  It can cause CNS symptoms such as anxiety and agitation and can aggravate seizing dogs.  It can also cause vomiting and diarrhea as well as itching.

According to Plumb’s Veterinary Drug Handbook, this drug should be used with caution in geriatric animals and pets with impaired kidney and liver function may need dosage adjustments.  Recently, due to some human drug abuse, Tramadol has been re-classified by the DEA.  It is now considered a scheduled narcotic that requires special documentation for its use, making it more difficult to prescribe for the pet.

Pharmacologists are still not quite sure how gabapentin works and just how effective it is for pain.  In pets it is used most often in conjunction with other medications and is considered for use in neuropathic (nerve) pain.

Since the drug has been used for many years, most veterinary pharmacologist agree that it can cause mild side effects such as drowsiness and ataxia (staggering in the hindquarter).  It should not be used in pets with kidney or liver disease and if it is suddenly stopped, the rebound effect can be quite intense, meaning that the pain comes back intensely.

Steroids have been considered the “silver bullet” for chronic pain for years.  This means, when all else fails, give them steroids.  Glucocorticoids such as prednisone, prednisolone, triamcinolone and dexamethasone have been used for their strong anti-inflammatory effects.

Many times, after just a few days on one of these drugs, the pet is up and showing signs of improvement.  But, long term, these drugs do come with a cost.  There are many long-term side effects but the most paradoxical is that it contributes to the degeneration of the joints that are being treated.  They cause muscle weakness, atrophy and osteoporosis with bone and fibrocartilage growth inhibition.

Joint supplements have been used for years in conjunction with pain medications for chronic pain associated with arthritis.  Joint supplements us usually contain glucosamine, chondroitin and other supplements that are supposed to promote increased function of the joints by slowing down cartilage lysis and increasing joint synovial fluid production.  There are minimal side effects, although glucosamine is not recommended with diabetic pets.

Alternative modalities that can be used for chronic pain for pets.

Acupuncture (Chinese medicine) is based on the laws of Quantum Physics and deals with the energetic body.  The body is both material and energy co-existing.  When we include the energetic perspective of the body, we expand our capabilities when we are dealing with illness and disease.

Some scientists say that acupuncture works with pain because it causes a release of endorphins in the body.  Yes it does, but endorphins only last in the body for a short period of time and acupuncture has prolonged and often healing effects.  This is because acupuncture deals with restoring balanced energy in the energetic body which influences the material body, and endorphin release is just one of the material effects.

According to Chinese medicine, pain is the result of obstructed energy (Qi) and circulation.  In order to relieve pain, we must re-establish energy flow through the affected area and improve circulation.  This can be done with acupuncture and Chinese herbs.  Many clinicians over the years have considered qi energy as some sort of voodoo, but now quantum physics has proven that it is subatomic or subtle energy found throughout the body.

Acupuncture points can be stimulated by using acupuncture needles, pressure, laser, injections with saline or vitamins and even using essential oils.  The points that are used are determined by the veterinary acupuncturist according to the individual pet’s imbalances.

Therefore, each pet with chronic pain will be treated differently, whereas with traditional western medicine, chronic pain is treated the same with most pets.  Acupuncture usually takes several treatments before the positive effects are seen but most practitioners agree that it seems to have an accumulative effect and once the benefits are seen, they can be prolonged, often just needing to be treated once a month or so.

If your veterinarian does not suggest using alternative modalities in conjunction with conventional western medicine for your pet with chronic pain, ask her about it.  If she doesn’t have experience with it or does not recommend its use, then contact the American Holistic Veterinary Association and they will refer you to a holistic veterinarian in your area.

In the mid-1980s, I was studying premed at the Uni

Hello again, last year on Heal Your Life, I shared

The Secret Ingredient of Good Health

Throughout my book, The Pillars of Health, I focus

As a kid, I used to watch old science-fiction movi

Is Raw Food for You?

Have you seen the hand-pushed merry-go-rounds that

Once upon a time, long, long ago, Mother Earth loo