A Gift That Keeps on Giving 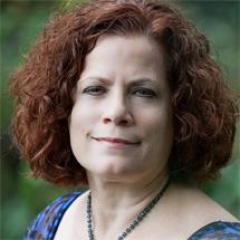 A few years ago, a friend who had traveled to Prague gave me a gift of six straw angels. He knew I collected angels and thought I would enjoy these unique tiny dolls made exclusively of cornstalks. He believed they would enhance the angels that were already housed in the various locations of my home. These small and delicate figurines seemed to have a life of their own. They were tiny and fragile in appearance. Yet when held, they emitted great energy and warmth. On my first time holding them, I admired their beauty. As I sat by the river’s edge looking at them, I was totally charmed. I instantly felt their energy. As I looked at the faces I heard a voice say, “Give four away and keep two for yourself.”

So, over the following year, I did just as I was requested to do. I gradually gave four of the angels to friends and acquaintances, each of whom was having some difficulty in their life. As each of these people placed an angel in their hand, they commented on feeling an immediate warmth and energy swirling into their palms as they held their tiny angel.

After having given the four angels away, I placed the two that I had kept for myself in my bedroom. I hung one on each side of my headboard. One of the angels held a book in its small hands and the other a set of cymbals. I was curious about the choice of angels that I had coveted for my own safekeeping. Each of them resembled a facet of my life. A facet that not too many people knew existed in my personality. The book depicted the part of me that loves to read and write. I had written down my thoughts and feelings since I was sixteen years old. The other equally displayed a hidden side of me. I loved music. It was a piece of me which my mother had given to me. Her love of music had been passed on to me and some siblings. Even though she and I shared little with respect to our chosen paths, she had definitely provided me with the music gene. I wasn’t sure if my mom was aware of this. But, I hoped in time she would be made aware and pleased with this knowledge.

As I lay in bed each night over the passing years, I could feel the angels’ energy and I could hear their whispers in my ear. On one such night, I heard one of the angels whisper, “Get up and write.”

I did as requested, and over the next three weeks I wrote the 20-odd chapters of my book, In The Shadow of a Badge.

A few days later, I heard the other angel whisper to me, “Create a song.” So, once again I did as I was requested to do. As I stood in the shower that morning, I heard voices singing a song and violins playing in a rhythmic melody. The melodic rhapsody permeated my mind and body and pierced the very recesses of my soul. I then heard my own voice singing the words in the tones of the Gaelic language. The lyrics flowed, as did the song. It was very slow paced and stirring. It lifted my mind to new levels and heights. I watched as my hands and arms were lifted and simulated the playing of the violin. I immediately wrote the words down on paper and captured the melody inside my head. To date, I have sung this song to several individuals and each responds in the same manner. The song stirs deep emotion in those who listen. In the past months, a young composer has brought the song to life. He has worked to complete a lovely composition of angelic design.

It wasn’t until a few months following these events I realized what a wonderful gift I had received from my friend. He had not only given me the angels to add to my collection. He had given me the gift of two muses. Having these two lovely beings hanging on my headboard had opened up my mind. They had aided in the release of my higher power. They were indeed the muses of music and writing: the muse of writing as portrayed by the angel holding the book, and the muse of music as depicted through the hands of the angel holding the cymbals. They had indeed stirred creativity in me and had helped me channel my God-given, if hidden, talents.

creativity | gifts | gifts that give back | inspiration | giving | angels
About Author

Lillie Leonardi worked in law enforcement for more than 25 years before retiring to pursue her lifelong dream of writing. In 1984, Leonardi was appointed to serve as the first female police officer with the City of Arnold, Pennsylvania. She broke bar Continue reading