6 True Facts About Life After Death

6 True Facts About Life After Death

Psychic medium Gordon Smith shares his wisdom about the afterlife

One of the questions most asked of those in the spirit world has to be: ‘What’s it like over there?’ This is natural enough – wouldn’t you be curious? After all, we’ll all be going there one day...

When I was beginning to learn about mediumship, I assumed that spirit people looked like we do, only a little more glowing. This, I suppose, was due to how I’d see them clairvoyantly.

My instinct told me that the spirit world was a well-backlit place filled with shiny, happy people. When I imagined it, I saw white buildings and beautiful countryside with colours beyond description. It was easy to accept this, as most of the books I was reading at the time were packed with heavenly realms that fitted my own ideas of the hereafter.

It wasn’t until I managed to find some cassette recordings of a very rare type of phenomenon that my view changed completely. 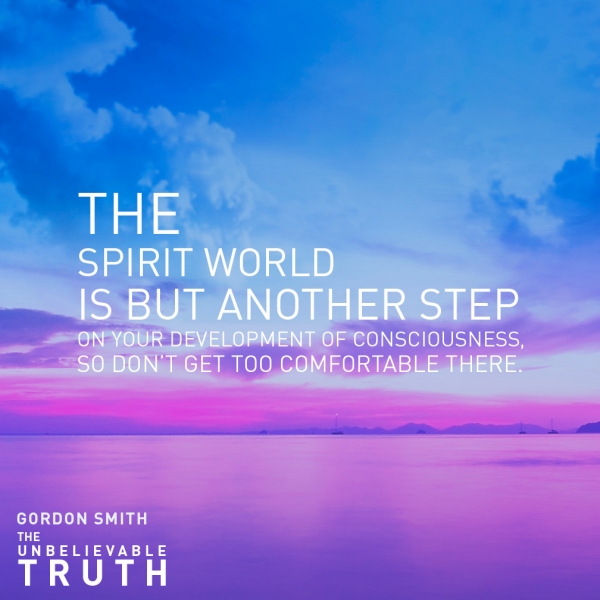 Voices in the Dark

The mediumship of a man called Leslie Flint was different from anything I’d encountered at that time. When I say ‘different’, I mean he didn’t give messages to his sitters like mental mediums do or go into a trance and let a highly evolved spirit guide speak through him, and as for ectoplasm, there wasn’t even a hint of the controversial misty white substance around him. It was simply that whenever he sat in a darkened room, voices would be heard in the air around him.

It first began in his childhood, back in the 1920s, when he would go to watch the silent movies at his local cinema. During the picture people around him would ask him to be quiet and stop talking, as it was putting them off the film. Leslie never understood this, as he could hear the voices too, only he assumed that they were coming from someone else.

In his late teens, he tried to find out about the strange events that were occurring around him and went on to develop his gift in a Spiritualist circle.

It became known as ‘independent direct voice mediumship’, so called because the voices were coming directly from the spirit people and were completely independent of the medium. All that was required of him was that he sat in a darkened room. 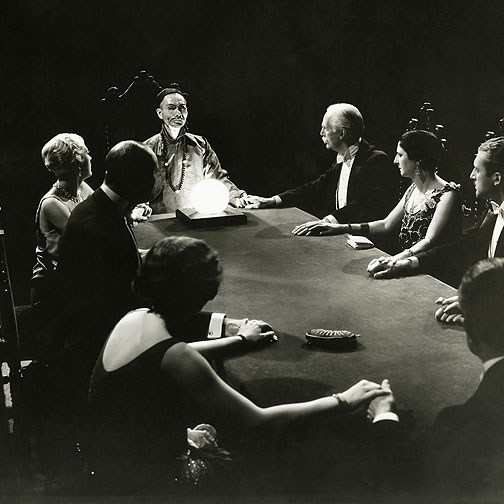 Now it’s the dark room bit that makes you think ‘fraud’, but over the years that followed, Leslie Flint was tested by many scientists. Experiments would see our medium tied to a chair, gagged and holding a mouthful of coloured water, which he had to empty into a glass at the end of the test to prove that he wasn’t a ventriloquist.

I’m certain that if he had been, he could have made a good living on the variety circuit with that kind of act! A Dr Louis Young invented most of these tests and, along with members of the Society for Psychical Research, carried out further tests in infrared light with a microphone attached to Leslie’s throat. Still the voices were recorded.

During the course of many years and many investigations, no one ever accused Leslie Flint of being a trickster or fake and his gift became known all over the world. People who had lost a loved one would come from far and wide in the hope of hearing the voices of their nearest and dearest speak directly to them from beyond the grave. So many people in fact that Leslie had to hold group sessions to accommodate the demand for sittings.

Each group of people would assemble in the sitting room of Leslie’s London flat in anticipation. Spirit people of all descriptions would come and talk to them, not only their relatives. It was as if there was a microphone in the spirit world and the spirit people were standing in line waiting their turn to speak.

Voices would come from all corners of the room and often several would converse at once, giving detailed descriptions of their life on Earth and other pieces of personal information.

All of these sessions were taped and on listening to many of them myself, I can draw only two conclusions: either fraud was being carried out by a large group of mimics who could create a wide range of voices and speak in several languages as well as know a great deal about everyone in each group or that the phenomenon, however unbelievable, was actually happening.

I tend to go with the latter.

Truths and Misconceptions about the Afterlife

* White staircases, pearly gates and Saint Peter with a long white flowing beard... No, these all went out years ago! It’s no longer compulsory to wear white gowns, play harps and hang around on fluffy clouds.

* You are likely to receive wings and a halo as a reward for your good deeds or be thrown into hellfire for your bad deeds. The truth is that this really won’t happen.

* Heaven will look like Earth with better backlighting and shiny, happy people will welcome you with hymn singing and tambourine playing. Contrary to what I once thought, it doesn’t and they won’t.

* Our father’s kingdom has many mansions set out for individual religious groups. There are no religious divisions on the other side. So, Muslims, Jews and Christians, you’ll all just have to learn to get on together over there.

* On death you immediately become enlightened. No, you still have to progress spiritually and take responsibility for your actions in your last human existence.