6 Truths And Misconceptions About Trance Mediumship

6 Truths And Misconceptions About Trance Mediumship

I was 11 years old when I had my first trance mediumship experience. We had been visiting my mother’s brother over the Easter holidays in London and were on the 8 hour train ride home.

I’d been given a new watch and was fascinated with the second hand. As I became transfixed watching it go around, I became aware of the light in the compartment changing from its usual yellowy-whitish glow to a very dull, almost sepia color, while the smoke from my mother’s cigarette was turning from a silvery mist into an amazing orange color. 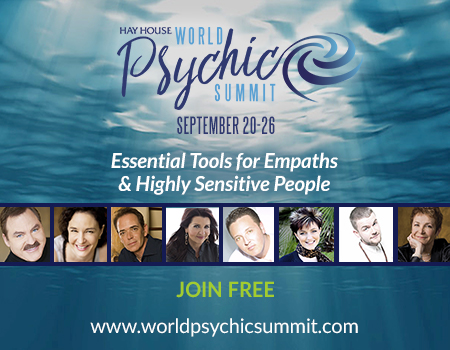 My family looked like negatives of themselves. My head was down, looking at my wrist, but somehow I was also standing in a room that was familiar to me. I was watching my best friend, Alex, who lived next door to me in Glasgow, standing over a bed where his mother lay looking very sick indeed. I heard her say, ‘That’s enough now,’ and Alex was led out of the room by someone taller than he was.

Back in the compartment of the train, my mother was asking me what I was looking at and forcing me to answer her, my brothers were making up funny songs and my father was half asleep with his head hanging to one side. Yet I could still see Alex, who was holding a large Easter egg in his hands, only now he was in a dim sepia-colored light and his father was telling him not to cry.

”What are you staring at?” my mother shouted.

The following morning I wanted to go to Alex’s house with a gift I’d bought him in London, but my mother said I shouldn’t go. She explained to me that Alex’s mother had died the day before and I should wait till another time to give him his gift.

I saw Alex after his mother’s funeral and he told me that he’d seen her just before she died and she’d given him an Easter egg, which he would keep forever. I asked him what time she’d died and he said he didn’t know exactly, but he’d seen her at six o’clock. For me, this was the beginning of what I now know to be trance mediumship, where my mind ‘moves out’ to allow a spirit being to use my mind and body to communicate with their loved ones.

My mind becomes clear and still, either with my eyes closed or open, I experience a change of light and tone around me. Often when this occurs I sense my awareness separating into two parts, and while being able to stay in the moment, I am equally aware of being somewhere else and can describe, in full detail, both situations.

Not only can I receive messages in my mind from the other side, through mental mediumship, but I can also enter a trance and allow my mind and body to be used by a spirit person for more direct communication.

One of the great exponents of trance mediumship was Albert Best. I found a videotape of him carrying out spiritual healing on a woman who had a large painful lump protruding from her neck. Albert, in a trance, could be seen standing beside the woman moving his hands slowly over the neck area, about an inch from her body.

A moment later a voice could be heard speaking through him in a foreign language. The woman responded in the same language, but with a look of surprise on her face. The unbelievable thing about this was that the language was Mandarin. Seconds later, again unbelievably, the lump disappeared completely.

The patient was reduced to tears of joy, while Albert shook his head, opened his eyes, lit up a cigarette and chatted in English to the psychical researchers who were monitoring the situation as if nothing unusual had happened.

Albert later explained that whenever he gave healing a spirit guide would come through him or ‘overshadow’ him. This meant that his conscious mind was displaced and the spirit guide could work through him, enabling the spirit performing the healing to have better use of his body. On this occasion, where the patient understood the guide’s own language, he could use Albert’s voice to speak as he would have when alive in the physical world.

This is called trance mediumship because the spirit guide of the entranced medium uses the medium’s voice to pass messages from the spirit world, rather than sending mental images through the medium’s mind.

Nothing has convinced me more that we are spirit and live beyond this physical realm than the experience of being beyond my mind in a state of trance where spirit people are so real that I can touch them, and it’s this understanding that has given me trust in what I do.

Six Truths and Misconceptions about Trance

1.    Mediums who go into a trance make moaning sounds and gyrate their bodies in circles before speaking in loud exaggerated voices. Yes, they do – when they’re hamming it up!

2.    Trance mediums sit in darkened rooms by candlelight listening to whale sounds on a tape recorder. They can – but it doesn’t help.

3.    Spirit guides speak through trance mediums to spout hellfire and brimstone or to predict the end of the world. There is normally a good reason why they’ve made the effort to communicate in this fashion, but it’s usually not apocalyptic.

4.    A real experience of trance will leave the medium exhausted. This shouldn’t be the case – it should fill them with spiritual energy and vitality. They should be radiant at the end of it.

5.    Cleopatra, Jesus Christ and other well-known figures pop in regularly to communicate. This is usually just wishful thinking on the part of the so-called medium.

6.    All you need to do to go into a trance is to close your eyes and speak in a different voice. This is just not true! If you’ve seen someone do this, use your common sense to assess what you’ve heard and the reason why it was said. And don’t believe everything you hear.

If you are interested in developing your spiritual awareness and intuition, my book Mediumship provides simple and easy-to-follow exercises that will help you sharpen your psychic senses, open yourself to receive communication from your spirit guides, and interpret the telepathic language of spirit. You can also check out my free video series about mediumship here.