6 Ways Past-Life Regression Can Help You

6 Ways Past-Life Regression Can Help You

Find Ways To Rewrite The Past

Denise Linn is one of the only people on the planet who has successfully regressed 3,000 people at once, an absolutely extraordinary feat.

Listen to her fascinating discussion with Robert Holden during this year's World Summit here, during which she leads a guided past-life regression. 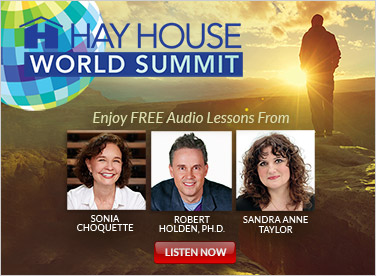 Here is a short excerpt from the interview.

My parents were scientists, and even though my mother’s Native American, she was interested in politics and science, and both of my parents were agnostic and atheists. So I always wanted to be a scientist like they were, but when I was 17, I had a very dramatic near-death experience.

I’d never heard of near-death experiences, but I left my body and found myself in a place of great beauty and light. The most remarkable thing was, I knew I’d been there before. In that place, it made life seem like a dream, because that was real, that was home. I was aware, when I was there, that life was not a one-shot affair, that we have been here again and again and again. I did not want to come back, but I was catapulted back into my body.

After that, my perception of the world was completely different, and it initiated a journey to find out more about the place that I went to when the doctors said that I had died. I do very large and small past-life regressions around the world.

What is so remarkable is when someone journeys into those images, so many people that have come to my events go and actually do research and they find themselves, which is kind of amazing.

A woman who came to one of my events, had always wanted to be in a relationship, it was something that she had yearned for, but it had never happened for her. In the past-life regression, she saw that in a past life she had been in love with a man, and the man was married, but he wouldn’t leave his wife, because his wife was very ill, so they carried on this clandestine relationship through letters, and he kept his letters hidden in a secret bottom part in his desk drawer.

And so when she came out of the regression, she said, "Denise, this is kind of strange, but I think I know the area where that house is".

She got hold of me later and this is what she told me,

"I drove around; I found the house. I felt kind of like a crazy woman, but I went up to the door and I knocked. I was terrified. A man came to the door and it was him, except much, much older. The whole story just kind of flew out of me, because I thought, if I don’t say it I’m never going to come back, because I was so scared. The man didn’t say anything, but he ushered me inside. He walked over to his desk, opened his desk, pulled out the false bottom, and there were my letters."

Her letters were there. His wife had long since died, but he lived alone, he never remarried. And she had died young in that life.

But there was too much of an age gap for them in this lifetime, however as a result of the past-life regression and spending time with this man, she was able to get into a relationship and finally find love.

And my sense is if she had never done that regression, she never would have found love.

1. It works for physical relationships

2. It works for healing physical challenges with the body

3. It works for people who have challenges with money

4. It works for challenges with success

5. It works for challenges with being creative.

6. Overall, there tends to be a sense of lack of fear of death, once you realize life is not a one-shot affair.

There’s so many arenas that it works, and it can work quickly and easily.

It can also change your life in a profound way; for example, growing up, we didn’t have much money. When I got married we had a pad on the floor, one pan, and two plates, and we had hardly anything else in the house. But anytime anyone would give me anything, I would get anxious, and I would give it away, sometimes within an hour. People began to get upset. My husband said, Denise, you have to get over this. We cannot live this basic and barren of a life.

But then I regressed myself, and I saw that I had lifetime after lifetime of having taken vows of poverty. Vows that we take, and especially when we really mean them in a past life, those vows can carry forward. So the anxiety I felt whenever we got stuff was because subconsciously, I was betraying my vows.

So I went back and I took vows of abundance. I went back lifetime after lifetime, I relinquished those vows, and you can do that too. I believe that you can change the past.

Join me for my full World Summit talk on Past-Life Regression with Robert Holden here.

Past-lives | past life regression
About Author

Denise Linn's personal journey began as a result of a near-death experience at age 17. Her life-changing experiences and remarkable recovery set her on a spiritual quest that led her to explore the healing traditions of many cultures, includ Continue reading