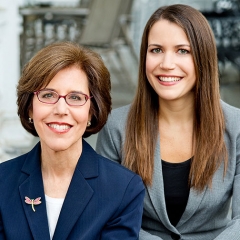 Why do most dieters struggle? Why do so many either fail to lose weight in the first place or gain back the weight they’ve lost? A key component, missing from diet programs, is preparing dieters for the difficult situations they are sure to face that will throw them off track.

Stress Traps are traps that people fall into when their lives are really busy and they feel they lack the time and energy to follow a healthy eating plan. People get trapped by stress when they use stress as an excuse to not make time for healthy eating, when they tell themselves they’ll start dieting when life calms down, when they create unreasonable rules for themselves that cause additional stress (like “I have to do everything myself”), and when they use food as means to cope with stress.

Food Pusher Traps are traps people fall into when they allow their eating to be dictated by others’ wants, instead of their own. People fall into food pusher traps when they eventually give in to other people’s pushing or they expect the pusher to eventually stop pushing, instead of recognizing that they have to expect themselves to start refusing. Food pushers also trap dieters when dieters feel responsible for making other people feel better about what they’re eating and drinking, when they take too many pains to please others, when they feel it’s not legitimate to say no to food if it might disappoint someone, or when they give in because they secretly want to.

Family Traps are traps that people fall into when complicated family interactions make sticking to a healthy eating plan difficult. People fall into family traps when they have to deal with a family member who continually criticizes them or belittles their efforts, when they want to rebel against family members by eating something in the present that in the past wasn’t allowed, when they think they can’t deprive their families by doing things like keeping certain foods out of the house, and when they have family members who always insist on having things go their way, despite the negative toll it might take on others.

Travel and Eating Out Traps deal with the difficulties dieters have maintaining control when eating away from home. People fall into travel and eating out traps when they think every restaurant meal should be special, when they think they need to finish everything on their plates, when they travel and don’t have control over what food is served to them, when they believe that it’s okay to eat whatever they want on vacation, or, opposite, when they set too strict rules for their eating on vacation and ultimately aren’t able to stick to them.

Holiday Traps are the traps dieters fall into during holiday times. Holidays present a number of potential traps for dieters when they use holidays as an excuse to eat whatever they want, when they encounter lots of extra treats everywhere they go, when they want to eat at parties to be like everyone else, and when they fail to plan in advance how they will handle the days leading up to holidays, the holidays themselves, and the days following holidays when there are tempting leftovers around.

Psychological Traps have the power to trap dieters internally when they get discouraged, feel deprived, believe they lack willpower, feel overburdened, and lapse into periods of apathy.

Once dieters learn to predict traps, do some problem-solving, and change their perspective, they can successfully navigate these everyday problems and achieve lasting success in weight loss.

Editor's Note: The Diet Trap Solution by Judith Beck and Deborah Beck Busis will be published in the UK by Hay House on Monday 4 May.

Judith Beck, PhD is the president of the world-famous and highly respected Beck Institute for Cognitive Behaviour Therapy. Her daughter and co-author Deborah Beck Busis designs the diet programmes for the Beck Institute. Deborah Beck B Continue reading