Dr. Wayne Dyer's Final Book Is Full Of Clues To The World Beyond

Editor’s Note: We are all deeply saddened by the passing of Dr.Wayne Dyer on August 30th, 2015. Below is an excerpt from Wayne’s most recent book, Memories of Heaven, which illustrates perfectly his belief in far more than just this earthly experience.

When my co-author Dee Garnes and I asked for personal anecdotes about young children's memories of heaven, reincarnation immediately revealed itself as a major theme and we quickly realised it would become a chapter in the book we were creating.  It seems that young children have very specific memories of having lived in a previous lifetime as someone within their current family. In many instances the soul is apparently making amends to another soul within the family by returning again as a child. 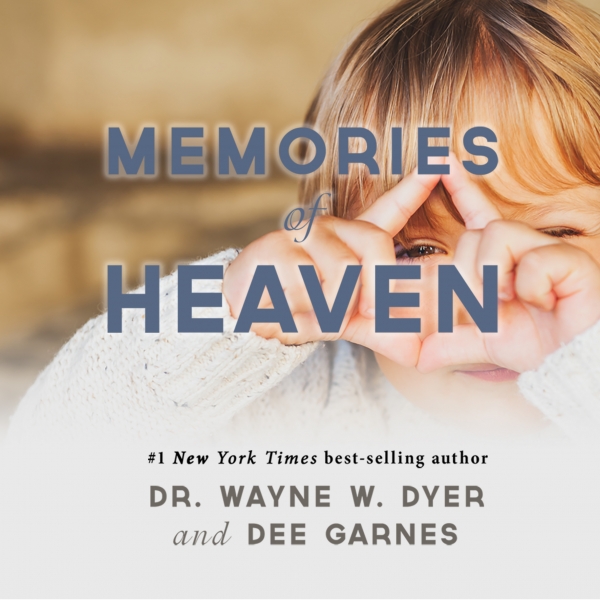 A baby who is born into a family can be the soul of a loved one who died, but this is not to say that every single baby born into a family is a reincarnated ancestor. However, after examining the mountain of evidence, much of it offered by highly credentialed scholars, I have opened my mind to this reality.

Here are just a few examples of stories from the book on this theme.

My mom was pregnant and lost the baby, who was going to be named Nicole. About two years later I became pregnant and decided to name my baby Nicole. Mom and I talked about the possibility that it was the same soul who’d tried to come through her.

When Nicole was about five years old, she said, “Mommy, before I was in your tummy, I was in Gammie’s tummy.” I burst into tears, and of course called my mom right away to tell her what Nicole had just said. That was our confirmation.

When my granddaughter, Elise, was about two years old, I remarked to her how she reminded me of my grandmother, who had partially raised me and passed away about 50 years ago. Elise said, “I know, because I am her.” At that young age, she wasn’t joking or trying to put me on . . . she was merely stating what was true for her. Her statement was so profound. I will never forget it. 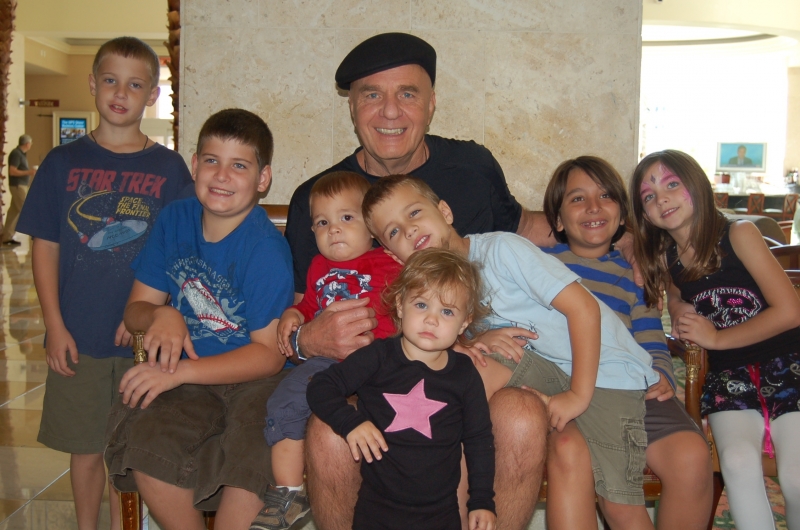 Wayne Dyer with his grandchildren

My grandson, Louis-David, was about four or five years old when he began mentioning memories of my father, whom he had never met, smiling with the very same special gleam in his eye when he did things similar to how my dad had done them. One day, he said to me, “I remember being him . . . I remember you.” We had no movies or specific pictures; we often spoke of Grandma, but rarely Grandpa.

To this day, even though I have no proof of past lives, I still wonder. My dad went to war and it totally destroyed him. Louis was born flat-footed—I suppose if he is my dad, he sure did not want to go to war again. My dad had one arm partially bent at the elbow (I never knew why)—Louis fell and broke his arm, and now his arm moves in the same partially bent way. There are many other things like those examples. I am not saying I believe this or that; I’m just stating observations.

Years ago when my daughter was not quite three, I was working the night shift as a registered nurse and would spend my days dozing on the couch in order to “keep an eye on her.” She was always a solicitous little one, and would come by and stroke my head as I napped. One particular day as she patted my head and face, she said (and I will remember this always), “Don’t you remember? I used to be your mother.”

That woke me up! I must have looked surprised, because then she repeated the same thing. I told my husband, and we were both open to the idea that she may have memories of that time in between. As the years progressed, I often asked her if she remembered telling me that, and of course as she got older, she’d laugh and say, “Yes, and don’t you forget it!”

At the age of two, my son told me, “I am your father and son.” He was born the same day that my father passed away.

When my daughter was three or four, she was frustrated after I’d scolded her for something. She put her hands on her hips, stared me straight in the eye, and said, “Well! It didn’t work that way when I was your mother.”
She went on playing, and left me standing there, completely stunned. It could have been a chance comment, but the calm authority with which it was spoken gave me pause.

My son was two and playing intently with his toys when he matter-of-factly said, “Remember when you were a baby and I used to feed you?”
He was born a year to the day after my grandpa died. One day, when he was five, he asked me, “What day is it?”

“No, like, what date is it?” It was my grandpa’s birthday.

I met a physician a little while ago (I’ll call her “Mary”) who told me a very interesting story. Mary’s firstborn child died before she was one. Mary used to sing a lullaby that was especially for her baby, and when she died suddenly, Mary never sang that song again. After seven years, Mary had another little girl who began to sing the lullaby at the age of four. Mary froze and asked her daughter how she knew the song. The child’s response was, “Mommy, you used to sing it to me.”

Mary became a true believer after that, and understood that you pick your mother and father before you are born.

My three-year-old daughter told me that she was her grandma Rosie’s little boy. I told her, “No, you have always been a little girl.” She said, “You don’t understand—I was her little boy, and I died when I was almost four.” I didn’t know enough to follow up with other questions, such as “Where did you live?” and so forth. But almost ten years later I found out that Rosie’s son had died at about three years of age, and both children had blue eyes and blonde hair.

My daughter is now 30 and has no memory of any of this.

I urge you to be as inquisitive with little ones as possible, without appearing to doubt them, Treat their statements as factual, and encourage them to speak freely and openly about their own unique understandings. You will frequently find that there are details that go way beyond coincidence, which point to the veracity of what they are reporting.

Have your children or grandchildren ever mentioned being someone else? Feel free to leave a comment or story below.

reincarnation | past life regression
About Author