Struggling to stay young and vital. 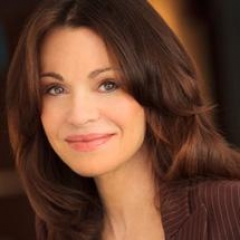 Sixty-one percent of Baby Boomers (usually defined as those individuals born between 1946 and 1964) surveyed by AARP in 2004 said they felt younger than their age. Yet two in ten of these cited physical health as the one area of their lives they would most like to change, while three in ten said that their physical health was worse than they expected it to be at this point in their lives. Only a little more than half thought they were likely to achieve their goal of improved physical health.1

The Washington Post reported that a number of recent large surveys are showing some surprising feedback from Boomers who appear to be less healthy than their forebears were at the same age. In spite of their gym memberships, Boomers are less physically active than their parents and grandparents, due in part to long commuting times and jobs that keep them in front of a computer screen all day. Although there are fewer smokers in our generation, more of us are likely to report chronic pain, drinking and psychiatric problems, high blood pressure and cholesterol, and debilitating levels of stress.2

One wonders if we Baby Boomers feel young in spirit, in spite of what our bodies may be telling us. Or do we just have higher expectations for ourselves? The reality is, despite our optimism, our greater prospects, and the millions of dollars we will spend on our health, we Boomers will confront new and often premature health threats simply because of the world we’ve been living in and the choices we’ve made.

Our bodies were not designed to absorb synthetic chemicals, even in small doses, throughout an entire lifetime. Environmental toxins alter our DNA. They damage our immune systems. They increase our predisposition to illness and disease. And they are passed on, through the umbilical cord and blood of the mother, to our children and grandchildren. In fact, from the moment sperm and egg cells come together, toxins are already present. Children born today are coming into the world with serious infections, weakened immune systems, and increased susceptibilities to certain diseases.

Baby Boomers grapple with new psychological stresses as well. Since the 1970s, globalization and other economic developments have seriously eroded the kind of job security that was the norm in the decades following World War II.

Today, Baby Boomers are particularly vulnerable to these economic shifts, and are often among the first to be laid off and the last to be rehired by employers who perceive them as more expensive and less flexible than younger workers. Once again, our generation is faced with redefining itself; and, for some, this will literally mean starting over. Rising life expectancy, aging parents, and faulty pension plans mean that many of us will need to work much longer than our parents did, whether we want to or not. This makes our continued good health not wishful thinking but a practical necessity.

As we Boomers struggle to stay young, many of us have turned to quick-fix solutions—cosmetic procedures, anti-aging hormones, and extreme diets to stave off the aging process. But these methods are akin to repainting a dilapidated car. At first glance, these cosmetic changes may improve the appearance, but they don’t account for more important and deep-seated issues. These can only be addressed through an understanding of our inner ecosystem; and how diet, food purity and selection, and lifestyle choices can lessen the effects of aging, giving us not just longer lives, but better ones.

We Baby Boomers are celebrated for our independence, for ignoring and even defying convention, and for our unswerving idealism. We are a generation of trendsetters. Staying healthy and vital is not just a pipe dream for us; it is our calling. We have long been the forerunners of social, political, and environmental change. Now it is vital that we also bring about a revolution in health and develop truly revolutionary roles for maturity. It is time that we harnessed our resources—our sheer numbers, our money, our wisdom, and our will—to heal our bodies and our planet.

Our greatest mission lies ahead.

Donna Gates, M.Ed., ABAAHP, is the international best-selling author of The Body Ecology Diet: Recovering Your Health and Rebuilding Your Immunity, The Body Ecology Guide to Growing Younger: Anti-Aging Wisdom for Every Generation, and Stevia: Cook Continue reading