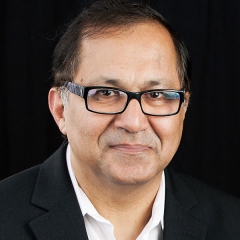 (The following is an account of a near-death-experience taken from the book Dying To Wake Up by Dr. Rajiv Parti & Paul Perry, which is published by Hay House UK)

My father led me down the tunnel and toward the Light, and we looked at it together, its intensity oddly soothing. I moved forward and then began to walk rapidly in its direction, pulled by a powerful sense of love emanating from its radiance. My father let go of my hand, and I kept moving forward. 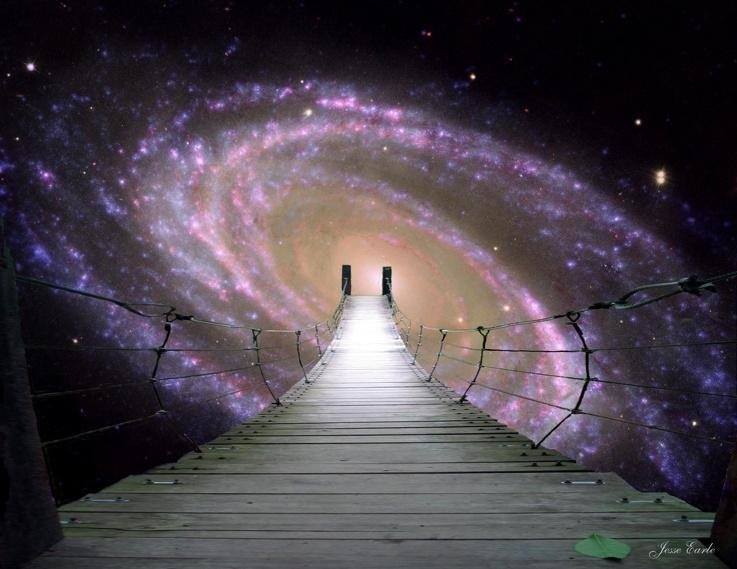 As I did so, two angelic forms emerged into the tunnel. They exuded a powerful vigor—a charisma and energy that made them seem magnetic. I approached them with awe as they hovered above me and smiled with joy and confidence. Telepathically they introduced themselves as Michael and Raphael, archangels of the Bible.

Because I had studied the Bible, I was not afraid of these angels. What I could tell from this encounter, however, was that they were powerful spiritual beings and unmistakably angels.

It was only with later research I learned that Saint Michael is the protector of people and the angel who opens doors and Saint Raphael is the angel of healers.

They announced that they were my guardian angels, helpers sent to guide people like me who had come over from the other side.

In a moment I was lifted by them and guided toward a Being of Light that I could see in the blazing fog of light before me. As we flew toward this Being, the angels carried on a clever banter between themselves and with me, talking telepathically about the beauty of heaven and its effect on the senses of the newly arrived. 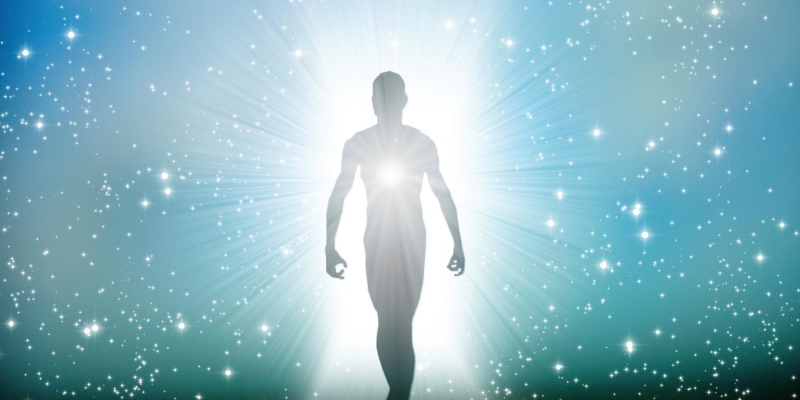 If we let you go, you wouldn’t know how to move forward, said Michael, as we moved through this weightless atmosphere. It’s like being in water, but there’s no way to move forward.

You have to think yourself forward, said Raphael. Push yourself with your thoughts.

Some humans are very good at moving themselves forward with their thoughts, said Michael with a chuckle.

Start thinking or be left behind, laughed Raphael.

The Light was still far away, and as we approached it, we went higher and then into a meadow that was green like emerald stones and peppered with rosebushes, the blooms as red as wine. The sweet smell of grass and roses made me almost delirious with pleasure. A crystal-clear stream of water cut through the meadow, and the air off the distant mountains was blowing gently. Around me in the sky was the deep and gentle sound of “om,” as though it were being chanted by nature itself. It sounded primordial.

I closed my eyes and went with my senses, now fully engaged. I have no idea how long my eyes were closed or what I was thinking as they were, other than to say I was in a state of Shanti, pure peace, bliss, and love. The angels laughed at me.

Some people who come here are so thrilled they would leave their body if they weren’t out of it already, communicated Michael.

They feel something they have never felt before and find something inside they didn’t know exists, communicated Raphael. It takes them to a new place in themselves.

As we went to a higher plane and then a higher one still, this heavenly realm became more formless, until I was surrounded by a landscape of clear light. 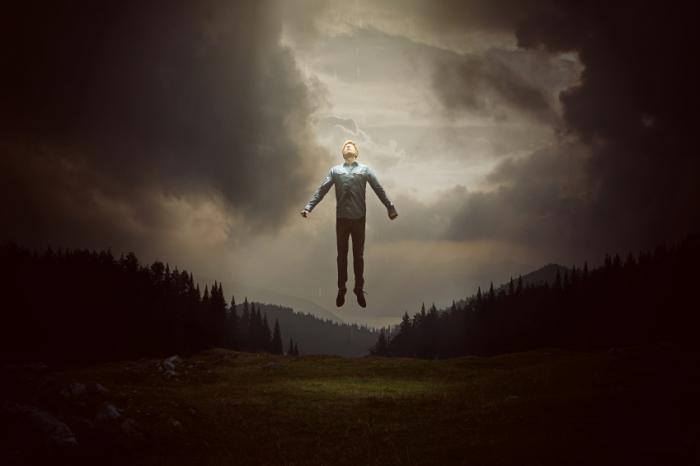 I must have appeared nervous at being in this formless, nameless environment because Michael put his hand on my shoulder as a means of comfort and communicated, The higher you go up in the spiritual realms, the more formless it becomes.

Raphael touched my other shoulder, communicating further information. That’s right. You become surrounded by a powerful entity of energy, of pure love and intelligence, and this pure love is the base reality, the underlying fabric, of everything in the universe. It is the source of all creation, the creative force of the universe.

Yes, communicated Michael, this pure love is the source of all that makes the universe. It is contained in everything imaginable yet somehow ignored by so many. Enlightenment comes when a person realizes that love is everywhere and is the only thing that matters. Yet most don’t reach that realization until they leave the earth. The ones who come back remember the purpose and presence of love in everything. And they remember it the rest of their lives.

It becomes a new form of currency, communicated Michael. A wealthy person sometimes wants more love than money. They want to give more than receive.

The archangels looked like humans yet at the same time were as far from human as possible. They shimmered with light and had a thick translucence that made them translucent yet solid at the same time. Michael had a blue hue and long hair; Raphael was greenish and wore a cap.

Standing amid the atmosphere of pure love, they exuded a power that made me realize they could overwhelm most anything. 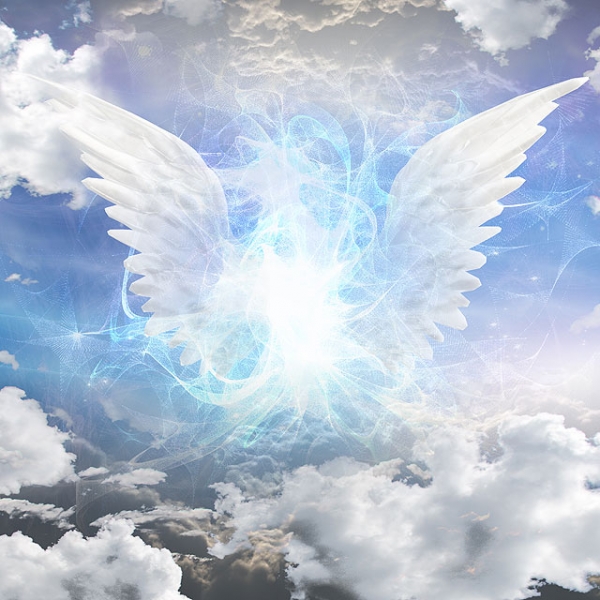 They had a command of love and a complete knowledge of how it works. For these angels and the others who were certainly present, the atmosphere of pure love was their breath of life, the clean mountain air of heaven.

The angels took me by the arms and we moved rapidly upward toward the Being of Light. The Light became brighter, and as it did, we moved faster and faster. I looked at the angels, and they were in a state of concentration and bliss. As we moved closer to the Being, my guardian angels became so translucent that they nearly disappeared.

Ahead was a silver-blue form that showed no sign of being male or female. This form was large and exuded a familiarity, perhaps it was a member of my family whom I deeply loved. I knew the Being of Light very well, yet at the same time it was new to me. Still, when it took me into its space and engulfed me with its blue Light, I knew I was loved and that it knew more about me than I about it. I was wrapped in its total knowledge.

There was a lot to absorb, a lot to think about. But the Being of Light left me no time to do either. It began gently whispering in my ear. And as the words started, pure love—I don’t know what else to call it—pervaded everything, as if my five earthly senses were soaked in omniscient, all-powerful love. The more I became wrapped up with the Being of Light, the more distinct became the chant of “om.” 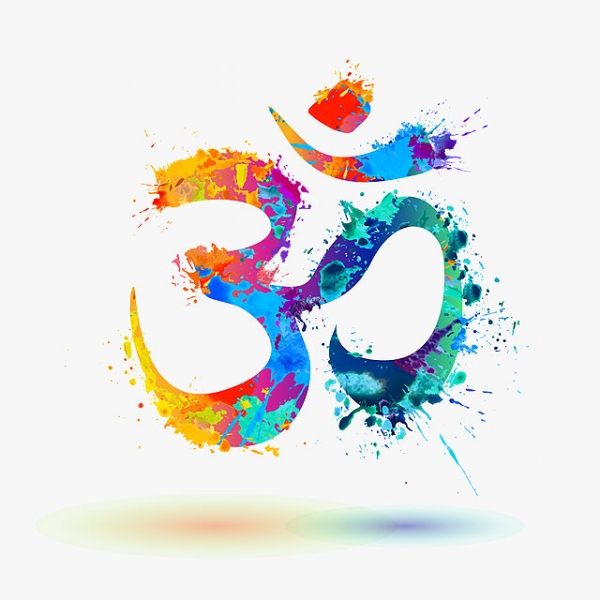 I was at once communicating with and in the Being of Light. I am one with the universe, I thought.

It seemed as though the universe closed in on me and wrapped itself around me. I was enclosed in the feeling of velvet, comfortable and warm and soft, a living blanket of loving Light that charged me with energy.

The Being of Light closed the door on my old world and created a new one, a world that I could never have conjured for myself, a new world that keeps unfolding and unfolding with new aspects and discoveries every day and that drive me even now.

Dr Rajiv Parti is a world-leading cardiac anaesthetist and was chief of anaesthesiology at Bakersfield Heart Hospital, California, for more than a decade before having his life-changing neardeath experience. Dr Parti's study Continue reading