A Liberal Place to Be

A Liberal Place to Be 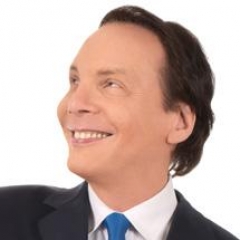 America was founded on a liberal idea. The concept of a representative democracy without a state religion was a move leftward from the motherland, where the Church of England dictated certain laws and mores. Our forefathers thought that a state religion was repressive, and so they established one of our key tenets: freedom of (and from) religion. There can be no religious test to hold public office in America. That’s liberal. A commander-in-chief who’s a civilian, not a member of the military: liberal. Taxation with representation: liberal. A tripartite form of government where no branch can rule the other: yep, that’s liberal, too.

Our founders, the ones conservatives revere so much, took these very liberal ideas and made them so much a part of our DNA that America is unthinkable without them.

Contrary to what many conservatives would have you believe, our Constitution is not based on the Bible, but rather on English common law dating back to the 1215 Magna Carta. “Common law” means it arose organically from the people rather than being handed down from some higher authority. Pennsylvania’s founder, William Penn had published a copy of the Magna Carta, and the founders of our colonies used rights enshrined in it to organize our first governments. Much of our Constitution comes directly from the Magna Carta, including the right to a speedy trial, the right to due process, and habeas corpus. But we created even more freedoms than our English forbears. Our legal blueprint goes beyond English common law to establish rights that are uniquely American, making us among the most liberal nations on earth. While the Magna Carta gave people rights to protect them from a monarchy, we retained the rights but made sure there was no monarchy. Article I, Section 9 of our Constitution says there shall be “no Title of Nobility,” which means that we don’t have power centralized in any one, unelected person. “No Title of Nobility” means we don’t have kings and queens in America. Well, Ralph Kramden was the king of his castle, and Aretha is the Queen of Soul, but that’s because of wonderful comedy and musical acts, not congressional ones. If you want an honorific other than Mr., Mrs., or Ms. in America, you have to earn it at an institution of higher learning.

English common law didn’t go far enough for a people that was more progressive, and that shows in another of our founding documents, the very liberal Declaration of Independence. Here we are guaranteed not just legal rights but also natural rights—rights beyond what any culture or government can give us. The Declaration was our notice of separation from an empire that didn’t grant us the freedoms we cherish. It declares that “all men are created equal” and have the “unalienable” right to “Life, Liberty, and the pursuit of Happiness.” Key to the thinking that gave us these words is that these rights aren’t something granted to us by some noble class or even by our officials. They are “endowed” by a “Creator,” whatever you perceive that creator to be. If you aren’t a God-believer, you can chalk it up to “Laws of Nature,” another way our founders put it in the Declaration. The opening paragraph calls for “a decent respect to the opinions of mankind”—we wanted England to respect our choices, and we need to respect those of other sovereign nations. This is something good to remember when we are critical of other, non-American ways of life.

Laid out in our separation statement from our mother country was not a request but a declaration, an assertion that man is, by nature, free and that no person, no king, no government can ever change that. We made a pledge to each other, as fellow countrymen, to uphold our unalienable rights to protect “our Lives, our Fortunes, and our sacred Honor.” That word unalienable—in modern usage, inalienable—refers to what cannot be taken away. As human beings, we deserve respect simply because we exist and are imbued with dignity that cannot be destroyed by anything outside of us—no person, no government, no entity of any kind. The word inalienable gets tossed around a lot, but it gets at the heart of true freedom. It is what truly sets America apart as a more progressive land than had previously existed. It is why, to this day, immigrants flock here to drink from our fountain of freedom and to breathe in our American molecules. If we’re born here, we’re so immersed in this concept, practically from birth, that we don’t know any other way. That is why those who come here from repressive regimes often have a greater appreciation of what freedom truly means than we do. Try telling someone who escaped from Saddam Hussein’s Iraq or the Soviet gulags that America isn’t a very liberal place to be.

This Vibrational Reality is spinning and becoming,

Who Says You’re Too Busy to Vacation?

Summer is in full glory right now here in Chicago

In 2007, having been reading A Course in Miracles

10 Allergy Triggers Hiding In Your Home

Fifty years ago, 1 in 30 people suffered from alle

Living in the present moment is difficult enough.

Find The Key To Freedom And Start Living More Today

Whatever circumstances we are born into, wherever