A Life Changing Experience At I Can Do It!

A Life Changing Experience At I Can Do It!

Editor's Note - We want to share the following feedback we received from one of our I Can Do It! Austin attendees, Catherine Vo (pictured right). Click here to  learn more about these events or join us at I Can Do It!® New York September 20-21, 2014 or I Can Do It!® Pasadena October 24-26! 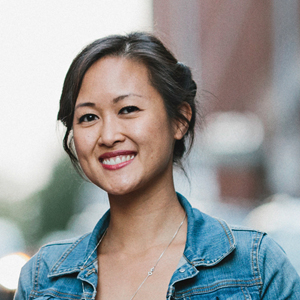 Earlier this month, I had the good fortune of attending Hay House’s I Can Do It!®  event in Austin, and as expected, it was a delightful smorgasbord of motivation, inspiration, and positive messaging. As a health and wellness coach, it’s not only my interest to learn as much as possible for myself and for others, but it’s crucial. It makes me better at what I do, and it benefits my clients.  I was excited about what I could glean from this event of back-to-back presenters full of knowledge and perspective!

To my pleasant surprise, although I was initially drawn to the conference by icons Kris Carr and Gabrielle Bernstein, it was other iconic speakers whose work I didn’t know that left fresh imprints on my brain. In particular, Anita Moorjani and Dr. Brian Weiss proved to be my highlights with their themes of death and the recognition that we are not our bodies, but our souls. Ms. Moorjani, lymphoma cancer survivor, asserted that heaven is not a place, but a state of mind. She gave substance to this position by recounting her out-of-body experience that was induced by her end stage cancer. She described her time as one of growing expansiveness and realization that her body truly was just a vessel. She spoke of feeling unconditional love and freedom from guilt, of connecting to her late father’s presence, and of understanding for the first time that fear was the root cause of her disease and that by letting go of it she would be cured of her cancer.

Sure enough, four days after she returned to her body, her tumors were already reduced to 70% of their original size, until eventually she was declared cancer-free. For any of the disbelievers out there, she revealed that she greeted a doctor who she couldn’t possibly have met while unconscious, and identified exactly the procedures he performed on her while in a coma. I don’t know about the rest of the audience, but I certainly got goosebumps! Anita Moorjani then implored the audience to let go of fear of any kind—fear of being yourself, of cancer, of anything. Letting go allows us to live as we were meant to, and it allows our bodies to hold our true selves—the uncontainable souls that were meant to love.

Dr. Brian Weiss, a psychotherapist with over thirty years’ experience, expanded even further on death and our souls. After a brief and entertaining introduction, he posed to his listeners: Can you heal yourself from identifying your past lives? He then recounted several examples of his former patients who were healed physically and emotionally after hypnotherapy gave them access to memories beyond their current life. To my excitement, Dr. Weiss then followed this information with an experiential workshop where he would literally hypnotize us, the audience, into a state where we would go as far back as remembering our own birth. This was all very new to me, and I was very curious and interested in what would happen.

With dimmed lights and music playing quietly in the background, Dr. Weiss’s soothing voice lulled us into a deep state of being that is hard to describe. I had memories, seemingly rational thoughts, all the while listening to his voice. I did see colors – orange mostly – and truthfully, I felt I was awake the whole time. But when he asked us to come back, and I blinked the experience away, I was floored to know thirty-five minutes had gone by, when it had felt more like five.

I was hooked. I wanted to practice this. The talk ended, leaving me wanting to know more. For me, what made this talk so powerful is that we weren't just being told about a moving experience—we had ones of our own, firsthand. Furthermore, we were taught how we could practice on our own, and what could possibly be gained. When I told my husband about Dr. Weiss, he joked that perhaps Dr. Weiss had convinced us to buy his books and CDs while we were under hypnosis (which I did!) I laughed, thinking how funny that would be. But really, it showed me that I was open to this form of healing, something I had never considered before. It is with this openness that I left the conference. My overarching takeaway from the event is that saying "yes" to yourself – all of yourself – is truly all you need to live fully.

Catherine Vo is a certified holistic health coach and founder of Savory Wellness. She strives to help others achieve mental and physical well-being through nutrition, digital detoxing, and creating a rewarding life offline rather than online. To learn more, connect with Catherine on her website, Twitter, and Facebook. You can visit her website at www.savorywellness.com and connect with her on Facebook or Twitter.