A Life or Death Decision Made in The Heart

A Life or Death Decision Made in The Heart

Editor’s Note – Below is an excerpt from Human By Design – From Evolution By Chance To Transformation By Choice.

In November 1997, I was scheduled to take a tour group into Egypt. This was part of an annually scheduled pilgrimage I had led since
1992.

To say that traveling Egypt is an amazing journey would be an understatement—it’s beyond amazing!

To actually stand in front of the Sphinx, a mysterious figure that I had studied in pictures as a child, or at the base of the Great Pyramid, looking up at over 400 feet of stones once covered in veneer, now naked and visible, was an experience of a lifetime.

And I was under contract to lead a multinational group into the Egyptian desert to have precisely these sorts of experiences. Then the national media began carrying horrific images of the events occurring on November 17 during the evening news.

Though the details were still emerging, the gist of the story was clear. Armed terrorists had killed 58 foreign tourists and 4 Egyptians in a particularly savage attack at the temple of Queen Hatshepsut, a popular archaeological site near the city of Luxor.

My group was scheduled to leave for our tour, which included a stop at the place of these killings, the following week. 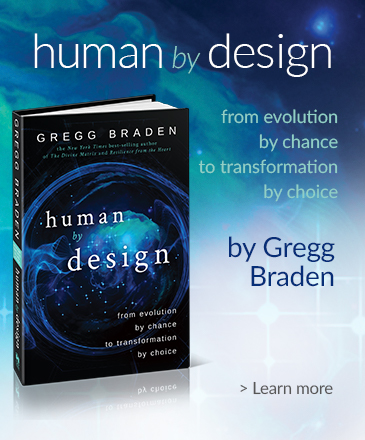 What has now become known as the Luxor Massacre was devastating for the country of Egypt on a number of levels. The tourism industry was crushed. Hundreds of tour companies immediately canceled their tours and pulled out of the country.

Airlines stopped flying into Cairo. Hotels were empty. And the pride of the Egyptian people was suffering a deep hurt. “This is not us,” my Egyptian friends told me on the telephone, pleading, “Please don’t think of us in this way.”

Immediately I began receiving phone calls regarding the planned tour. The people who were signed up for the trip begged me not to cancel. The Egyptian authorities were concerned about the possibility of another attack.

And the tour company was waiting for me to make a decision and to do so quickly. Family and friends urged me not to go. The choices were clear: I could postpone the trip until another time, cancel it altogether, or go forward with the trip as planned.

I felt pulled from all sides. Everyone I spoke with had an opinion, and their opinions all made perfect sense. And just when I thought I had made my choice, someone would call me and supply a good reason to make another choice.

The Language of the Heart

Overwhelmed with the chaos of information and opinions, I turned off the telephone to shut out the input from other people.

From my home in the high desert of northern New Mexico, I went for a long walk down a dirt road that I had walked many times in the past when I’d needed to make a tough decision.

And I applied in my life precisely the technique that I share in Human By Design, to create coherence between my head and my heart, to get in touch with my deepest intuition regarding the tour.

I stopped walking long enough to close my eyes, turn my attention inward,
and focus on my heart. Following the guidance of Tibetan monks and nuns and yogis I’ve met, and certain of my indigenous friends, I knew that it would help to touch the area of my heart with my fingertips during this process to draw my awareness to the place of the touch.

And as I began to slow my breathing, I felt a familiar sense of calm wash over my body. I felt like myself, and the more I did, the more the horrible events of the day began to take on a new meaning.

As I felt the feelings of gratitude, in this instance, for the calm in my body and for the opportunity to make a powerful choice, I asked the question that no one else could answer.

From a place of heart intelligence, without using my thinking mind, I silently asked, is this a good time for my group to experience the mysteries of Egypt?

Through the years of using heart-based intelligence, I’ve learned that the heart works best when it’s given brief phrases to respond to rather than multiple sentences.

The heart doesn’t need an introduction to the question that we’re asking or an explanation of the history of the decision that’s at hand. Our heart already knows all these things.

For some people, the wisdom of the heart comes as a feeling. For others, it can be a sense of knowing without question, while for still others, the answer emerges as a familiar voice that they’ve known throughout their lifetime.

For me, it’s generally a combination of all these. I often hear a subtle voice first, reinforced by a solid feeling of reassurance, safety, and certainty, which is followed by a sense of resolution and completeness. And that’s precisely what happened on that day in the high desert.

Before I even finished asking the question, the answer was there for me, complete, direct, and clear. Immediately I felt—I knew— that our journey would be okay.

It would be profound, deep, and healing. Most of all, I knew that by allowing our intuition to guide us through each step of our journey, we would be safe. I knew in that moment that I would soon be with my group in Egypt.

This story is only one example of how the tool of deep intuition has served me again and again in the real world.

I use precisely the same technique to help me plan my schedule, temper relationships and honor the principles that are important to me when I’m tested in life.

What I know with certainty is that we can never go wrong when we honor our hearts. I also know that if heart intelligence works for me, it will work for you.

To learn more empowering tools like how to harmonize your brain and heart, see Human By Design – From Evolution By Chance To Transformation By Choice. Here is a video where I explain why I wrote the book:

How do we forgive those who have hurt us? How is i

5 Mindfulness Exercises to Help You Live In The Moment

Do You Feng Shui?

Feng shui is the ancient Chinese system of design

The spirit is the hidden source of the most healin