Lessons from the woods. 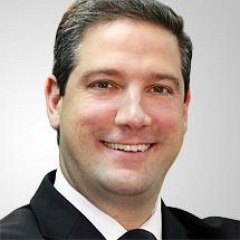 My interest in finding moments of simplicity and a deeper connection to the outdoors has taken me to some unexpected places. Recently, I was sitting with a few other people under a tree in the pitch dark. It was about 5 A.M. in northern Ohio. The forest was silent except for an infrequent rustle of the leaves beneath me or my camouflage jacket scraping against the tree bark.

We sat for a while as light slowly crept across the sky. Then, as if organized and planned, the forest woke up. Birds slowly began to chirp. One by one, turkeys fell from the trees. My heart raced as I tried to stay calm, but I couldn’t. My first turkey hunt was one of the most exhilarating experiences of my life. Sitting silently in the wild gave me a new perspective on life and a new appreciation for why millions of Americans love to hunt.

As the symphony of sounds reached a crescendo, it occurred to me that all Americans, no matter what their politics, would be amazed and awed by what I had experienced. Avid hunters and sportsmen obviously feel that wonder or they would not be so passionate about the lifestyle. And any member of the Sierra Club or Environmental Defense Fund would likely say that experiences like these made them advocate for a clean environment. An appreciation of nature and our environment cuts across party lines and can unite us.

Like most new hunters, I had some reservations about hunting an animal myself. I recalled a story my grandmother told of how as a Depression-era teen she had to “process” the chickens from her family’s backyard coop. She had to take life in order for her and her five siblings to have a filling meal. Her experience may be why we said grace before every meal. We were taught to be thankful for our blessings and for all those who made the sacrifices that enabled us to eat. I also realized that for thousands of years humans have been hunting in order to stay alive. And in most of these instances the animals were honored as life-giving beings. Animals supported and promoted the life of our species. In many ancient myths they were deified. Hunting for food seemed a lot more humane than some of the disturbing and unhealthy processes used by big agriculture today.

If I told you of a group that had the motto “Conservation today, wetlands for tomorrow,” who would you think it was? Would you guess that this conservation group, with nearly 780,000 members, started because of a concern that the rapid loss of wetlands would destroy the habitat for waterfowl? Or that this group has, since its inception, conserved more than 12.4 million acres of waterfowl habitat in North America? It would have to be a leftist, environmental group that understands the importance of wetlands to a habitat, or a group that is funded by progressive activists from New York and Los Angeles.

Not so. It’s Ducks Unlimited, a group primarily made up of hunters and sportsmen and -women from small towns all over the world. These members understand the value of our environment. They support, through volunteer hours and donated money, the hard and tedious work of protecting our sensitive habitat. While collectively we seem to be letting our environment deteriorate willy-nilly, that doesn’t reflect what most people tell me about their appreciation for the earth. They don’t really want to see all our forests bulldozed to make way for parking lots and malls. Down deep, most of us see our environment as something to be treasured. Most of us carry some sense of responsibility to be stewards of God’s earth. Most of us want to assure our children and grandchildren a safe and healthy planet.

For me, sitting under that tree while turkey hunting felt similar to sitting down while practicing mindfulness. I was sitting in awareness, taking in all the sounds and sights, and feeling the beauty of the connectedness of life in the wild. Watching the turkeys look for food or a mate, I thought of how absurd it would be for that turkey to knowingly destroy its own environment. Our species—as grand as we are—appears to be the only one that destroys its own habitat willingly and also one of the few that gangs up on other members of the species to fight them. But we don’t have to.

Sitting there, I thought of the ritual of going hunting with your friends—the campfire and cooking the night before, getting up early and being together without talking. A routine like that connects us to each other. Imagine a world where we all took a few moments and sat to watch what we were doing in our own environment. And imagine if we could read the signs of what’s going on with the natural world in the intuitive and honest way that the old-time farmers and fishers did.

We would see that digging into the planet for energy at all costs to support our lifestyles is gambling with our children’s lives. We would see that cutting down vast swaths of rainforest, ruining communities in the process and tampering with the atmospheric balance, is reckless, even mindless. We would see that the earth needs stewardship, oversight, and regulation. We would see through the barrage of television advertising that tries to persuade us that our food is straight from the family farm or that a few green statements amount to a real energy policy. And yet, in that quiet, we would also see that anger, bitterness, and dark, depressive thoughts do us no good. We will not motivate ourselves or others through fear and shame.

The web of life is complex. It’s hard to sort out how it all works, no less solve all the problems it throws up as we try to get by on our little planet. There are no easy answers, but I do have the conviction that mindfulness can help nurture the innovative thinking required to find the emerging solutions we need. We all can take a few minutes each day to just stop, breathe, and watch. If we do, we may come to feel that the economic, environmental, and energy systems we live under now—in spite of all the conveniences and benefits they have brought us over years—need to be revolutionized. We still have a good life. Let’s work to keep it that way.

Tim Ryan was elected to the U.S. House of Representatives in 2002 and is currently serving in his fifth term representing Ohio’s 17th Congressional District. He maintains a strong commitment to the economic and social well-being of his constituents i Continue reading