How A Teen Turned His Life Around 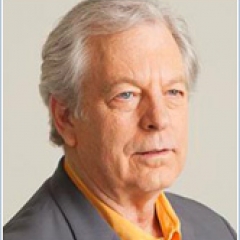 Editor's Note - Dr. Frank Lawlis, chairman of the advisory board for the Dr. Phil show, offers his new book Not My Child as a compassionate guide for families dealing with an addicted teen or a child at risk of becoming addicted to alcohol or drugs.

Rest assured that I have seen many remarkable turnarounds for addicted teenagers and their families. Bodies, minds, and spirits can be healed. Relationships can be restored. One of my favorite examples of this is Antonio, a street-gang leader renowned for his ruthlessness and tenacity. He was the fifth of eight children raised by a mother whose love and faith were no match for Antonio’s aggression. From a young age he established an almost mythic reputation for bloodletting, criminal behavior, and drug and alcohol abuse. The only “normal” part of his youth was his skill and dedication as an athlete. Antonio was gifted.

He was fast on his feet and possessed extraordinary endurance, but he was not so elusive that he escaped capture after robbing a 7-Eleven. At the age of 16, he was facing his first prison term. The judge had planned to sentence him to two years in a correctional institution, until Antonio’s high-school cross-country coach stepped forward and volunteered to serve as his guardian and attempt to set him straight.

Antonio respected his coach, who understood his criminal tendencies and offered him a respite from drugs and alcohol through athletic competition. Antonio had a need to stand out from the crowd, and his coach convinced him that athletic achievement offered greater recognition, longer-term rewards, and a much more constructive outlet than burglary and assault.

Their shared goal was to win the state high-school cross-country championship and, in the process, help Antonio earn a college scholarship. Through strenuous workouts and unrelenting focus, they worked together. Over the course of two years, Antonio cleaned up his body and his mind. At the end of his senior year, he achieved his goals: a state cross-country trophy and a scholarship to a prestigious university, where he later earned both a bachelor’s and a master’s degree.

Antonio’s story is more involved than I have portrayed it here in this limited space—but the point is that even some of the toughest addicts can turn their lives around in dramatic ways. No problem is completely intractable—but none is without challenges. Antonio’s high school coach showed great faith and courage by stepping into his life. In some ways, it was easier for the coach to help than a parent because Antonio trusted him from the outset; the kind of deeply rooted hurts and lack of trust that often exist between an addict and his parents were not present in the relationship. Still, in my extensive experience, addicted teenagers can transform their lives and rebuild relationships if all sides are committed to forgiving, loving, and working together.

I created my new book Not My Child as a manual for parents and others dealing with an addicted loved one in the preteen and teenage years. Consider your involvement in this program an investment in your child’s health and well-being and in the future of your family.

I offer you an action plan so that you can apply this innovative approach in the real world. The process will require a concerted effort, some prayer, and a lot of love, as well as ample doses of tough love, common sense, and a willingness to face the consequences. You can love your child and hate the addiction that has tortured your relationship. Even the teen with no drug or alcohol problems can be a handful because of hormonal urges, the quest for independence, and a still-maturing brain rewiring itself. If you are among those parents who have long feared your child’s teen years, take heart in the fact that you are not alone. This is natural.

When I conduct surveys through the Dr. Phil network, 95 percent of parents express concerns about the teen years, even if their child is only two years old. A lot of this ambivalence is understandable and attributable to the parents’ own experiences as teens, not to mention the understandable dread of dealing with teenage rebelliousness. While my book offers no magic cure for the typical teen torment most parents encounter, I will offer specific and proven advice for the parent dealing with a preteen, teen, or young adult who has become addicted to drugs or alcohol. I assure you, without hesitation, that you can get through this trying and sometimes heart-wrenching challenge. The experience may even teach you something valuable about yourself, your child, and the power of unconditional love.

Dr. Frank Lawlis has focused on clinical and research methods exploring the mind-body relationship since 1968, when he received his Ph.D. in psychology with an emphasis in medical psychology and rehabilitation. He is board-certified in both counse Continue reading