A New Outlook From A Hollywood Director

A New Outlook From A Hollywood Director

Can we cure a wayward world? 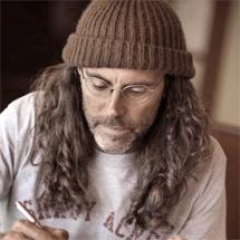 I’m a storyteller, a film director for over 25 years, so let me begin with a story . . . In June of 1998, after wrapping Liar, Liar, Jim Carrey, another friend, and I decided to head to Alaska to breathe some clean air, revel in nature’s beauty, and talk about life, love, and the meaning of it all. A few days into our adventure, we were flying high over the Chugach Mountains when our bush pilot received radio instructions that he needed to deliver gasoline to some 20 hikers stranded on a nearby glacier. That’s when the idea hit me: “Hey, Jim. Why don’t you make the delivery?” In a split second, Jim realized the hilarious potential of this scenario. You see, where we were was beyond remote. Our lodge, for example, was 200 miles from a paved road. You’re lucky to see anyone, much less Ace Ventura delivering gasoline. But that’s what was about to happen, and when our pilot agreed, we were giddy with anticipation.

It wasn’t long before we landed 75 yards or so from the hikers. Jim got out, and with gas can in hand, walked toward the unsuspecting group. He then held the red can high and in Ace Ventura’s voice announced, “Hi, I’m Jim Carrey! I heard you needed some gas!” I’ll never forget those 20 hikers’ mouths opening wide in utter disbelief. Jim set the can down, then added: “Tom Cruise will be by later with some trail mix!” With dramatic flair, he spun on his heels and headed back to the plane. And with that, we were off, howling with laughter at those flabbergasted faces all frozen with the same expression that said: Jim Carrey was the last person anyone expected to deliver gas on a glacier in the Alaskan wilderness!

As I write this, I feel a bit like I’m Jim, and you, perhaps, are the unsuspecting hikers: I’m the last person you might expect to deliver a message about fixing a world gone wrong. I am, after all, in the eyes of that world, just a comedy director—Ace Ventura: Pet Detective; The Nutty Professor; Liar, Liar; Patch Adams; Bruce Almighty; Evan Almighty—which makes me an unlikely source for Life’s Operating Manual. So unlikely, it took a near-death experience to give me the courage to share my story, first in the documentary I AM, and now in my book.

A Near Death Experience

My brush with death was not exactly the stuff of legend or even worthy of a Hallmark movie. It was a routine concussion from a mountain bike accident that turned deadly when the symptoms of that concussion refused to go away. The condition is known as post-concussion syndrome (PCS), suffered frequently by boxers, hockey and football players, and middle-aged adventurists like me who have hit their head one too many times.

If you’ve ever had a concussion, you know these are not symptoms you want hanging around: sensitivity to light and sound, mood swings, and a constant ringing inside your head. It’s the kind of torture I could not have imagined enduring for a day, let alone a month. But I did, for five months.

To give you some idea of what this pain is like, imagine the static sound emitted during one of those emergency broadcast tests on your television set. Now imagine that sound turned up as loud as your TV will go. You reach for the volume to crank it down, but it doesn’t work. You try to leave your apartment but the doors are locked. There’s no escaping the auditory onslaught, so you simply sit down to endure this 60 seconds from hell. But it doesn’t go away after 60 seconds. It keeps blaring, for an entire hour, then a week, then a month, then several months. That was my experience with PCS.

After five impossibly long months, a simple realization came: if this is as good as my health gets, I will not live long; I am staring at the last chapter of my life.

It’s a powerful thing to face your own death, how mortality can move one into action. And once I surrendered, a single thought came to mind: you cannot die without ever having told your story; you cannot die without ever having expressed who you truly are. You see, I had been changing my life for some 15 years, having woken up from our collective sleep, awakened to a vision of the world and how it works, to my own hypocrisy and the hypocrisy of a culture operating in opposition to that vision—a culture that has become lost in, as Thomas Merton said, “the murderous din of our materialism.”

I was raised in this culture of excess, seduced by its empty charms and deluded into unconscious behaviors that I am now hopefully, prayerfully, and imperfectly undoing in an attempt to leave consumerism for compassion and move from material wealth to true wealth. By the grace of life, or dare I say God,* a new perspective has come.

So what became of our hiker friends? We did see them again, a chance meeting at a local convenience store, where they told us the gas was so needed in those subfreezing temperatures that the initial shock at the sight of the unlikely messenger was soon overshadowed by the utility of the goods delivered. Perhaps it will be the same here—that the shock at this unlikely messenger will soon be dwarfed by whatever fuel my book Life’s Operating Manual offers, by the light it may provide and the principles illuminated herein. For it is in principles and principles alone that you and I will right humanity’s wayward course and begin to birth the loving, kind, and compassionate world we all dream is possible.

Our view of the world and its troubles has become unnecessarily complex and convoluted, and we’re now collectively overwhelmed and discouraged about what each of us can do to turn the tide on the world’s woes. War, poverty, genocide, and the environmental crisis cast far too black and wide a shadow to ever be solved by any single person, simple idea, or concept.

But consider this: war, poverty, genocide, and the environmental crisis are not really the problem at all; they are symptoms of a deeper endemic problem, which, if identified and held up to the light, can be solved. It’s been said that the definition of intelligence is the ability to identify primary causes. That’s my intention here, to identify the primary cause of the world’s ills and in so doing, to state plainly the solution and empower each of us to be a part of this desperately needed corrective course.

A onetime actor/comedian and the youngest writer to work for comedy legend Bob Hope, Tom Shadyac’s writing/directing career was launched in 1994 with the Jim Carrey smash hit Ace Ventura: Pet Detective. In the years that followed, Shadyac would estab Continue reading