How many meals are best for you? 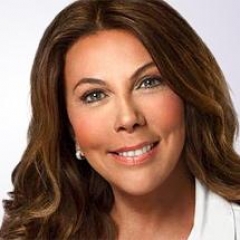 Most of us have been taught the rule of three when it comes to eating. Three meals a day—breakfast, lunch, and dinner, with perhaps an occasional snack before bedtime. That’s the way it’s supposed to be, isn’t it? After all, we’ve been doing it all our lives. Turns out, it may not be the best thing for us after all.

In fact, we should be eating every three to four hours. This doesn’t mean a full meal every time; it includes small in-between-meal snacks such as a handful of almonds, some cashews and raisins, a piece of string cheese, a couple of scoops of cottage cheese, even a small piece of beef jerky (this will last a long time in a purse or pocket—a trick I learned while skiing for hours far away from any kind of food source). Going longer than that between meals or snacks will lower blood sugar levels. Low blood sugar levels equals low energy levels. Low blood sugar levels trigger the pituitary gland to release adrenocorticotropic hormone (ACTH) which will in turn raise cortisol levels, which in turn causes blood sugar levels to rise. When that happens, your hormones are not balanced. What you end up with is radical swings in blood sugar, a constant cycle of adrenal stress, and a roller coaster ride of high energy and bottoming out.

Here’s what happens when you go too long between meals (we’re using “meals” in the generic sense of “having something to eat,” which includes full breakfasts, lunches, dinners and light snacks). Suppose you are on a hiking trip and your backpack full of food and supplies goes over the side of the mountain (luckily you don’t go with it). You’re now hiking for hours with nothing to eat. You come upon a lake and nearby you discover a nest containing eight duck eggs. Food! You’re so hungry, you’re tempted to eat all the eggs at once, but you realize that you’re better off eating one every few hours to spread out your energy resources. And you’re right. If you eat eight eggs at once, you’ll consume more calories than your body will be able to use.

The same thing happens when you eat three large meals a day with many hours of non-eating in between. Suppose you eat lunch at 12:00 noon. Between getting out of work, fighting traffic to get home, taking the kids to soccer practice, and then finally finding time to prepare and cook the meal, it could be seven or eight o’clock before you eat dinner. By that time you’re not only exhausted, but also you will usually eat more than you need because you’re so hungry.

Not too long ago, I had a patient named Hilary who came into my office for the first time. When I asked her to fill out some information forms, I could see her hands were shaking. This concerned me, as it could be a symptom of any number of serious ailments. When I asked her about it, she said, “Oh, this happens all the time when I get hungry.” Then she told me that since she was trying to lose weight, she had had a diet shake for breakfast at about 8:00 A.M. and had skipped lunch altogether. It was now about 3:00 P.M. She did confess that when she got home, she would more than likely eat too much for dinner, including dessert, but that it would “balance out the lack of calories” she had consumed all day

I get patients such as Hilary in my office all the time who have told me of their starving/bingeing habits. What happens then is that the hypothalamus (a part of the brain located just above the brain stem that links the nervous system with the endocrine system) gets very confused. One of its primary functions is to maintain the body’s metabolism and energy status quo. It senses the nutrients that are circulating around the body and adjusts the body’s metabolism to try and make the most efficient use of those nutrients. A pattern of starving and binging negatively affects the hypothalamus’ ability to sense these nutrients.

Eating every four hours = efficient metabolism and steady energy production. Patients on a schedule of having meals and snacks every three to four hours report that they have more than enough energy to get through the work day, enjoy some nighttime activities, and enjoy their lives once again.