A New Year’s Recipe for Success

A New Year’s Recipe for Success

Throw out your limiting beliefs. 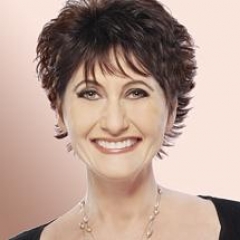 Each January, millions of people resolve to change themselves, their careers, or their relationships. In fact, many of the resolutions they make are identical to the ones they made the previous year! Whether your goal is to make more friends, land a new job, or treat yourself with greater compassion, a critical key to achieving success lies in your ability to activate your potential to create the results you seek.

In my work, I often talk about the power of our life conditioning—the environment in which we were raised, and the role modeling and experiences to which we were exposed while growing up. In response to our life conditioning—and by about the age of seven—we internalize a set of core beliefs about ourselves and the world that embed within our subconscious. Although most people aren’t even aware of them, these core beliefs shape who we become, how we behave, and the lives we live. But while those beliefs and behaviors helped us to function within our families growing up, they often keep a lid on our potential and keep us from achieving what we want as adults.

To achieve your New Year Resolutions—or any other goals you set for yourself—it’s critical to unearth your own limiting beliefs and the self-defeating behaviors that can sabotage your success. Below are two examples of how patterns learned in childhood impact our adult lives:

If you were raised in a family where you were frequently criticized, there’s a good chance that one of your core limiting beliefs is: I’m not good enough. In response, you may have adopted the habitual behavior of always flying under the radar and keeping quiet to protect yourself. As an adult, you may withhold your real feelings and needs from your partner, allow others to treat you poorly, or stay in an unsatisfying job out of fear of failure.

I Have No Control

If you tend to be argumentative or overly controlling, the limiting belief: I am powerless and have no control may be at play. You may have had a dominating parent, or gone through a painful event that was beyond your control such as loss of a loved one or a parental divorce. This pattern not only produces unwelcome reactions in others, but it can wreak havoc in people’s lives. Controllers’ energy is often consumed by conflict, and they can have difficulty keeping jobs or maintaining harmonious relationships with others.

To reclaim your potential and develop the inner resources needed to realize your goals, start by being aware of your self-sabotaging patterns. Invoke your inner observer by noticing how you behave on autopilot. Then, without judging yourself, start to unearth the core beliefs that are driving those behaviors. Once you’ve identified your self-defeating patterns, the next step is to replace them with new, self-supporting beliefs and behaviors. With time, perseverance, and patience, the new patterns of thought and behavior will take hold, and give you the inner support you need to pursue and achieve your goals.