A Nose for Beauty

A Nose for Beauty

How to find harmony in your looks. 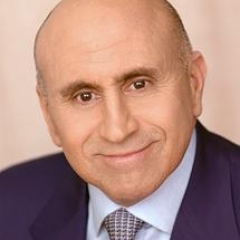 One night when I was out to dinner with some friends, I glanced over to a nearby table and saw an elderly woman in a wheelchair, choking. She had stopped breathing and was turning blue, so I jumped from my seat and ran over to help. I identified myself as a doctor, and my friends and I got her out of the wheelchair and performed the Heimlich maneuver. She quickly recovered, and her daughter, with whom she’d been eating, thanked me profusely.

“What kind of doctor are you?” she asked.

“I’m a plastic surgeon,” I replied.

“Oh, really?” she asked, looking at me aghast. “With that nose?”

That was her thank-you for me saving her mother’s life—not the nicest, I’ll admit, but it got me thinking. I like my nose the way it is, and I like the wrinkles on my forehead. Quite frankly, I’m happy with the way I look now. But the people who come to me for plastic surgery aren’t, even when they have physical features that would be considered more beautiful than my less-than-svelte nose or my wrinkled forehead. What, precisely, are my patients seeking?

I’ve spent more than 25 years examining and operating on thousands of patients, listening to their dreams, hopes, and desires. As a physician and surgeon, I wanted to offer my patients as many options as possible, so they could choose which was healthiest for them. This quest led me to develop a comprehensive approach to beauty that looks at more than the physical—one that provides solutions to beauty concerns without having to go under the knife. I call this system BQ, or Beauty Quotient. It looks at that indefinable something that makes one person’s face, which might not be considered classically beautiful, work so well, while others with perfect features seem somehow lacking. Although beauty is truly an indefinable characteristic—one that’s always going to remain in the eye of the beholder—my spin on this was not to look for the flaws, but to look for and accentuate all the inimitable factors that make each person unique.

A person’s BQ rating—the higher the better—comes from a combination of factors. Having a slightly-too-large nose, an overbite, and sparkling eyes coupled with a certain radiance and vitality, for example, can mesh together in a unique harmony. It is this interplay that makes someone beautiful or homely—not their physical features alone.

After all, how many times have you met someone strikingly beautiful or handsome, but after five minutes of conversation, you suddenly realize that this person no longer has such a zing? Something about their personality became off-putting to you—perhaps an offhand comment, a gesture, how they behave, or the scent of their perfume. Any of these factors can instantly increase or decrease a person’s BQ according to your perception of them.

Take, for example, my perception of news anchor Connie Chung. I met her years ago when I was called to a New York City emergency room to treat her husband, Maury Povich, who had sustained a facial laceration while working out. We spoke briefly on several occasions, and I remember thinking how exquisite she was—so much prettier in person than on TV. I soon realized that her unforced charm, wit, and lively personality, as well as her beauty (untouched by a scalpel) gave her a very high BQ score.

Another woman with an amazingly high BQ was Jacqueline Kennedy Onassis. One of my favorite memories is of a cloudy, crisp fall day, when I was out running around the Central Park reservoir and noticed a tall, slender woman running toward me. I couldn’t quite make her out at first, and then as we were getting closer and closer, I noticed the cheekbones. Then the famous eyes. And then—oh my God, it really was her!

Even if this woman hadn’t been Jackie O, I still would have remembered the aura she exuded. Normally, you don’t think it’s possible for someone to be charismatic when they’re sweaty and wearing simple workout clothes, but there was just something magical about Jackie.

Unfortunately, many of the women sitting in my office haven’t discovered that there is more to their BQ than mere good looks. Often, this is because they’re too busy wishing they had someone else’s nose or lips or flat belly. When assessing my patients, I work hard to focus on and accentuate the positives rather than looking for the flaws.

It’s about recognizing your inner and outer beauty, it’s about changing your attitude, it’s about being able to take an honest look at yourself. It’s all about changing for the better, learning to analyze your good points and your bad points so that you can then devise a realistic plan to improve your appearance.

It’s also about regaining your sense of self so you can effortlessly radiate confidence, competence, contentment, and charisma. Even when you are having a bad day, as long as you have self-confidence—in your abilities as well as with your appearance—you’ll be able to cope with whatever life throws at you.

Dr. Tornambe has lectured in the United States and Europe and is considered an expert in cosmetic facial and breast surgery. He was listed in New York Magazine’s “The Best Doctors in New York.” Dr. Tornambe has appeared onteline, the Today Continue reading