A Pen Pal from Heaven

A Pen Pal from Heaven

Angels do answer our prayers. 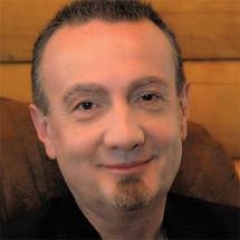 It happened, as most deep spiritual experiences do, at a time of total personal surrender. I was at a really hard emotional block in my life, and I knew that I needed some heavy-duty guidance to get through it. By this point I had become fairly skilled at many shamanic practices and would regularly come into contact with spirit guides and power animals. But I had never come across an angel, and I knew instinctively that this was something I needed to accomplish. Not knowing what to do, I spoke aloud to the angel that I hoped was out there listening: “If I only knew your name, I know I could find a way to talk to you!”

I closed my eyes, and everything went white, like a blank movie screen, and then the word Margaret began to appear. I opened my eyes and closed them again, and the word was still there. I thought to myself, What kind of angel name is Margaret? I was expecting something much more celestial sounding. But now, rather than the one word filling the screen, the word began to write itself in every different font that I could possibly imagine . . . over and over again . . . filling every inch of the white screen before my closed eyes.

I opened them again, very confused. Back then, I wasn’t very fond of the name Margaret. I again asked the question and closed my eyes. This time the screen was as black as night, and the name began to again appear, but now it was in white letters on the black screen and again in every font style I could imagine and then some.

I finally opened my eyes, convinced that the angel I was seeking was, in fact, named Margaret!

In the years that preceded this event, I had learned about all types of spiritual communication, and for some reason, what felt right to reach out to Margaret at that particular time was a method called automatic writing. The technique is really very simple yet very powerful. You begin by writing a letter to the spiritual guide you desire. It could be to the Creator, like Neale Donald Walsch did in Conversations with God, it could be to a dearly departed loved one, or, in my case, to my new angel friend. You write the letter and ask advice as though you are speaking to the most loving being you know and then—and this is the hard part—you write a letter back to yourself. In this letter to yourself, you imagine that the answer is coming from someone who deeply loves you and only wants what is best for you, and you allow that to flow.

Prior to this time, I had never tried this exercise because it seemed foolish to me. Clearly if I was writing the letter and I was also writing the answer, then it would seem to me that I was going to get the answers that I most wanted to hear.

But when I wrote this first letter to Margaret, I found that my supposition could not have been further from the truth. I was going through a very difficult period in my life. I was struggling with a relationship, money was scarce, and it seemed like every day was one step forward and three steps back. I wrote to Margaret asking why my life seemed so hard, why my relationship wasn’t working out, and why it was so hard to get ahead.

I began it with “Dear Margaret” and ended it with “Love Gerry,” and then I began the response with “Dear Gerry.” I closed my eyes for a moment, took a deep breath, and began writing. Her response started with a phrase that I would not think to use, and yet it is one that has begun every one of the thousands of letters I have received from Margaret since that time: “Hello, Dear One, and welcome.” From there I began to write, quicker than I usually do, and the message was so different from the wording and process of how I usually think and write that I found that as I was writing it, I was also reading it with fascination, as though it was being written by someone else.

I wrote and wrote and finally found myself closing the letter with what has become her signature line: “Go in peace, Love, Margaret.”

I must have reread that letter 100 times, and each time I was more amazed by the love and insight that she offered. But I still was not totally convinced that this could not have been a product of my imagination.

So I decided to test the validity of the information she gave me. She shared with me the reasons that some of the people in my life reacted to me in certain ways. They were kind and gentle insights into their behaviors that I had never considered. When I called them to ask if they could have been feeling this way, to my amazement, the people in question responded with shock and wonder that I had intuited what it was that they were feeling.

I must admit that while this experience elevated my level of understanding, I was petrified to let people know that the information had come from my new pen pal—and oh, by the way, she was an angel named Margaret.

Gerry Gavin is a speaker, life coach, medium, and creator of the very successful Angels and Shamans workshop, which puts participants in direct communication with their angels and guides. He has worked as a communication and empowerment specialist Continue reading