A Powerful Lesson From Mother Teresa

A Powerful Lesson From Mother Teresa

Prayer is the Key 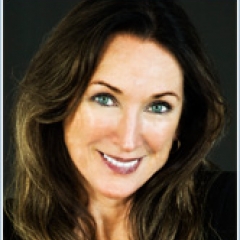 Christina Stevens followed a sacred call she received in a dream—to go to India and create a movie about Mother Teresa. Mother Teresa has twice turned down Christina’s request to let her film crew document her work and her message to the world. Here is an excerpt from her book, Love, The Saint and The Seeker, where Christina is watching a film about Mother Teresa:

While I watched the film, my mind searched for a clue, a way in or around her resistance. Yet, if I were to give credence to my belief in the law of attraction, what I really needed was a clue to myself, a way around my own resistance and into my own faith. I needed to believe that a miracle was possible. Or more accurately, I needed to believe the miracle had already occurred. And I just had to give thanks.

The film was half over when I caught one of the Brothers narrating a story. Mother Teresa’s face on the screen pulled in my full attention.

It was 1982. War was breaking out. Shells were dropping in PLO strongholds in West Beirut. As the invasion continued, it was estimated 500 civilians had been killed and another 1,000 wounded. Mother Teresa wanted to get to West Beirut, and see to the needs of the people there. Even though she had not been informed, she “had knowledge” that somewhere behind enemy lines there were people in need of her special kind of rescuing.

Frail, hunched over, wearing her diminutive thin cotton sari, she was outnumbered in a room full of upstanding, uniformed military leaders and men of the cloth dwarfing her pure intent. In no uncertain terms her desires were dismissed.

“Mother, do you hear the bombing?” the British father asked, somewhat incredulously.

“Yes, I hear it,” she responded firmly. “It’s absolutely impossible for you to go there. A priest was killed two weeks ago for no reason! They just wanted to kill a priest! Even if you get over there, we may not be able to get you back. Now, this is a nice idea you have. But—”

Mother Teresa straightened up to silence his patronizing tone. “It is not an idea. It is our duty.”

And then she patiently explained, as she did to so many, “You see, I always feel like this. Many years back, when I picked up the very first person, if I didn’t pick up that person, at that time, I would never have picked up forty-two thousand. One at a time.” Like the beloved teacher she was, she would take everyone back to square one. Keeping it simple.

As the saga continued, he relentlessly attempted to talk her out of this foolhardy mission. “It is absolutely impossible for you to cross at this present time.” The word “impossible” was not in Mother Teresa’s vocabulary. “We would have to have a cease-fire first,” he added. Mother Teresa was not backing down. And he had just given her an opening.

“Oh, but I have been praying to Our Lady,” Mother stated confidently. “And I have asked her to let us have a cease-fire here ~ tomorrow.”

The ambassador was taken aback. He stared rather incredulously at Mother Teresa and said, “Mother, I am very glad you are on my side, and that you are a woman of prayer. I believe in prayer and I believe prayer is answered. And I am a man of faith. But you are asking Our Lady to deal with Prime Minister Begin. Don’t you think that the time limit is little . . . er . . . you know ~ short? That you should extend it a little further?”

Mother was firm. “Oh, no. I am certain that we will have the cease-fire tomorrow.”

Trying in vain to conceal his skepticism, he placated her quietly. “Mother, if we have a cease-fire, I will personally make the arrangements to see that you go to West Beirut tomorrow.” Mother Teresa’s simple and finite response to that was, “We shall pray.”

The film dissolved softly to a tiny room that had been transformed into a makeshift chapel and there, on screen, was the image of Mother Teresa surrounded by her Sisters, all on their knees, praying together. Through the night they prayed. This would add to the growing body of evidence that when people unify with focused, specific intention and feeling, even in a nondenominational mass prayer, they can produce effects that reach far beyond the sanctuary where the prayer had been given.

The soundtrack of the film became quiet as the camera recorded the sun rising over Beirut the next morning. Suddenly the voice of the British Red Cross captain came through. In contrast to the discussion of the night before, he spoke with an almost comic awestruck tone as he said, “I think we should take full advantage of the fact that we have a cease-fire of sorts.” Very quickly, he pulled out a map and unfolded it for Mother Teresa to grasp the situation fully. “There are sixty totally deficient spastic children in a center, here. There is no staff there to look after them and it’s been shelled a number of times. Many people have been killed.” He leaned close to Mother Teresa and added, “I should like to take you there.”

While watching the film of Mother Teresa leading an armada of Red Cross vans across enemy lines, waving her arms directing the operation, totally in her element, I could feel the intensity of her mission. Rescuing the abandoned children who would certainly have been killed or would have died without water, food, and care ~ suddenly, I knew what I had to do.

I continued watching as Mother Teresa and her Sisters scoured the center, picking up children. I watched while the picture remained focused on one of the Sisters as she caressed a spastic child’s crooked and contorted body. Her hand was cupped in a manner I recognized, as if she were spiraling air to conjure and disperse energy. She spoke with the little child, and though I didn’t see her lips move, what became apparent was they were communicating ~ with each stroke of the Sister’s hand, the little girl’s stiff and twisted body relaxed and straightened, her taught, pained face softened, and in the next moment broke into a smile. This was a true mystic at work. And it began with prayer.

I knew my prayer could not be a request or a plea, for that would simply reinforce disbelief and create space for the possibility of failure. No. From my training in the Science of Mind and the power of affirmations, when I was asked to pray for someone, as if I had just been given direct access to the power of creation, I would snap immediately to the knowledge that “it was done.” And so it was. My prayer was an echo of gratitude. I took a deep breath. The prayer had already been answered.

Christina Stevens is an award-winning filmmaker, author, public speaker, and global environmental activist. Her belief that storytelling is inspiration for social change puts her on the leading edge of a new wave of global thought, speaking Continue reading