Putting a leash on the top dogs. 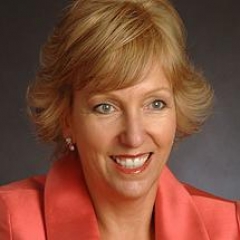 Years ago I remember watching heavyweight-boxing champion Muhammad Ali on television before a fight, exclaiming, “I’m the greatest!” It was his signature line. Some people felt he was being conceited, but I understood that when he was entering a competition, he needed to truly believe that he was the greatest boxer in the ring. What he believed, he achieved.

Creating an emotional state in which you feel that you are “the greatest” will allow you to meet any goal and reach your personal best. However, it’s important not to be too literal in aiming to become number one. There are few things in life where there’s a clear top dog or number one achiever. To be a champion in life, be the best that you can be. There’s nothing wrong with healthy competition, but to be your best, you don’t necessarily have to “best” anyone. It’s not always true that someone has to lose for you to win—that’s only the case in a sports competition or most types of games. When Muhammad Ali was declared the winner of a title, his opponent definitely lost and had to turn over the championship belt. But the belief I have to be number one is often rooted in feelings of scarcity—that if you don’t come out on top, ahead of everyone else, you won’t reap any rewards. There can only be one heavyweight champion of the world at a time, but there can be many top real-estate agents in your area, thousands of best-selling authors, and millions of top-notch parents. By discovering what you uniquely have to offer, you can be the best at what you do and achieve the results you desire.

A while back, I had a client who wanted to become highly successful at selling books and giving seminars. He worked very hard, believed in his message, and put in the extra work needed to market himself—he had his own Internet-radio program and newsletter and was continually looking for ways to advertise his products and services. However, he had a very strong competitive streak: whenever he looked around at his peers or at others who were doing similar work but achieving greater financial success, he’d come to me and complain, “I’m better than they are, so why are they doing so well?” It was as if he had his foot on the gas but his ego kept hitting the brakes. In fact, he even developed a stress-related illness that sidetracked him for many months. By constantly braking and accelerating, he was wasting fuel and burning out his engine. What he didn’t understand was that if he’d been able to get excited about other people’s success, his own would increase.

If we can be genuine about generating the emotions of joy, enthusiasm, and abundance within ourselves, the universe will work with us to bring about situations that match these feelings. Letting go of the destructive belief: I can’t reach my goal if someone else reaches his opens us up to the more positive thought: There’s enough abundance in the world for everyone to share in it!

Peggy McColl is an internationally recognized expert in the area of destiny achievement whose purpose is to make a positive contribution to the lives of millions of others. She has been inspiring individuals, experts, professional athletes, and organ Continue reading