All Shall Be Well

All Shall Be Well

A mystic’s voice is finally heard. 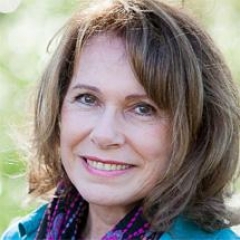 The American Declaration of Independence enshrines the inalienable rights to life, liberty and the pursuit of happiness. But have you ever tried pursuing happiness? Are you sure you know what would make you happy?

We seek happiness in our families, our friends, our work – or not working! – music, sports, all kinds of things, including the pleasures of drink, drugs and gambling. There is a whole world full of things we think should make us happy. But too often when we get what we want, as the song goes, “You don’t want what you wanted at all.” Or maybe it just doesn’t fill the empty space inside after all.

Four hundred years before the Founding Fathers signed the document that is an emblem of freedom, a religious recluse in the eastern England county of Norfolk was turning her mind to the very same questions.

On May 8th, 1343, during a near-fatal illness, Julian of Norwich received a series of visions of the crucifixion. The messages imparted to her were so controversial that they had to be kept secret during her lifetime. She became an anchoress, or hermit, living in a room attached to St Julian’s Church, from which she took her name, in the city of Norwich. She spent many years pondering the meaning of the visions and then wrote her book, The Revelations of Divine Love. It is believed to be the first book written in English by a woman and is now celebrated as a spiritual classic.

What was it that made the messages potentially so inflammatory? Julian had been told that God is never angry, that He looks upon us with pity, not with blame, does not want us to feel guilty and has already forgiven us for all wrongdoing—past, present and future.

You can imagine how these ideas would have gone down with the Church of the time, which was preaching hell-fire and damnation for wicked sinners. Had she been discovered, Julian would have been branded a heretic and condemned to death by burning at the stake.

Julian’s voice was silent for 500 years, until the first printed edition of her book was published. In the past few decades, new translations into modern English have proliferated. Though centuries have passed, Julian’s words are today more relevant than ever. Indeed, some theologians believe they have been kept safe for our time.

This is why, when I decided to write my novel, The Greening, about Julian, I began with the stories of two modern women whose lives are changed by their encounter with her. My main character, Joanna, is a Fleet Street journalist who is trying to work ethically, but coming under increasing pressure to compromise her principles. This theme is very topical, coming in the wake of the phone hacking scandal.

Joanna has everything – a great job, a thrilling love affair with a government minister and an impressive lifestyle – but is it the right kind of everything? By chance, she comes across Julian’s teachings (though Julian says nothing happens by chance) and her life is turned upside down.

Joanna’s conscience is tested and she is put in danger when confronted by a terrible choice. Does she save her career by smearing the whistle-blower who has exposed a government scandal in which her lover may be implicated?

Julian describes the treasures and pleasures of the world as “these little things in which we have no rest.” She says that we are “blind and blinkered” and do not know our true nature, that we will find true joy only when we are reunited with God.

So can Joanna believe Julian’s promise that the pain and suffering that come to her can have a purpose, because they can lead to self-knowledge, peace and happiness? Dare she risk all she holds dear to capture the greatest treasure of all?

Margaret Coles is a former Fleet Street and BBC journalist who now writes for the theatre, her first love, where she began her career as an actress. The Greening is her first novel. Continue reading