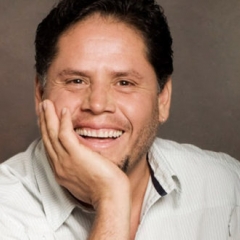 *** This is the first chapter of The Slave, Anand Dilvar's bestselling spiritual novel, which has sold millions of copies worldwide. ***

When I came to, I realized right away that something was very wrong.

A blinding light was hurting my eyes, but I couldn’t blink. I tried to look away, to move my arms and cover my face with my hands, but I could not.

My whole body was paralyzed, racked with excruciating pain, and colder than I had ever felt.

I tried to call out, to cry for help, but it was useless. There was something in my mouth that made my throat burn, and a terrible noise thundered in my ears.

Several hours went by, and my mind whirled with desperation. From despair I slowly progressed to terror, as a few coherent thoughts managed to filter through the pain in my head …

What’s happening to me?

The mixture of pain, dread, and these ominous thoughts made me pass out, thank God, giving me a little respite.

I don’t know if hours or days went by before I woke up again.

I was still unable to move, with my eyes wide open. The pain had lessened a little and the light still dazzled my eyes, but it was more bearable. It was then that I realized that the awful noise I heard was a kind of labored breathing, deep and heavy … it was not my breath, of that I was sure.

That my physical torment had let up slightly opened the door to a whole new kind of suffering: mental confusion and a sudden urgent need for answers.

Am I really dead?

Who is that I hear breathing?

What’s this thing in my mouth that’s hurting my throat?

Little by little, memories of what I thought was the day before came flashing back—the party, drinks, the argument with Laura, and Edward insisting that I try that stupid drug he was so excited about.

“Please stop drinking! Can’t you see you’re killing yourself?” Laura was shouting at me. “Is that what you want?”

“I don’t want to die—I just want to escape.”

“Escape from what? You’re crazy.”

“Yeah, I’m crazy and you don’t understand me! Nobody does …”

I tossed into my mouth the two blue pills I had accepted from Edward. That was the last thing I remembered.

Oh, my God! I finally managed it! I’ve killed myself. This can’t be happening! What’s wrong with me? Why can’t I move? Why can’t I close my eyes?

That idiot poisoned me, I thought. And now I’m in Hell paying for what I did … It’s even worse than I would’ve imagined.

I wasn’t a great believer in life after death, but at that moment there seemed to be no other explanation.

Please, God! Please forgive me! Give me another chance …

The sound of a door opening interrupted my train of thought. I heard a woman’s voice:

“What a racket that piece of trash makes!” she said.

“It’s the only one we have. You know what this place is like,” replied a man.

“How is it possible that we only have one artificial respiration unit?”

“So what happened to him?”

“He is really screwed. Why don’t you uncover him and take a look?”

I felt a sheet being pulled back from my face and could see a woman in a white uniform who stared at me with an expression of startled fright.

The man standing next to her leaned over to see better.

“No, he was like that when they brought him in. When they dropped him off at ER they said he’d had an accident, but he was high as a kite. Still conscious, though; kept saying ‘Laura, I’m sorry’ over and over again. After that he went into a coma and he seems to have something like a kind of rigor mortis—we couldn’t get his eyes to close.”

“You mean we’d be better off! Now we have a vegetable to keep alive, in a bed that somebody else needs. What a waste of electricity!”

“Do you think he can see or hear … or feel anything?”

I saw a tube moving close to the bed and felt a stab of pain in my arm.

I tried uselessly to scream.

“You might as well change his drip, now that we’re here,” the man said. “Someone’s got to water the vegetables!”

They both chuckled and a wave of rage and desperation washed over me.

The man left the room. The woman changed a bottle that was hanging next to the bed and quickly followed him out.

So now I had some answers. I replayed the conversation in my mind:

“Someone’s got to water the vegetables …

Keep reading - get your copy of The Slave today! 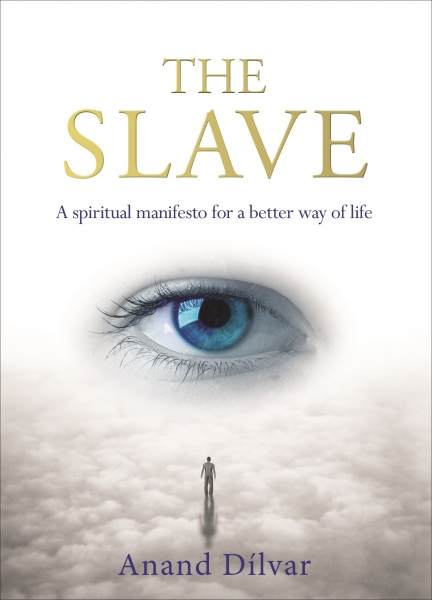 the slave | anand dilvar
About Author

Anand Dílvar's lifelong fascination with the techniques for personal growth has led him to more than 18 countries around the world, where he has visited and spoken with many spiritual teachers. He is the founder of the Vision Quest Cen Continue reading

Hundreds of mindfulness studies are published ever

Is it easy living as the anonymous companion to a

26 Ways To Heal A Broken Heart

Relationships are the number one way we grow

Voices from the Other Side That Saved My Life

Is Your Mess Piling Up?

Are Past Life Memories Causing Your Anxiety Symptoms?

I know that there is a reason for everything. Perh