Are You a Scaredy Cat?

Are You a Scaredy Cat?

It’s okay to embrace your fears. 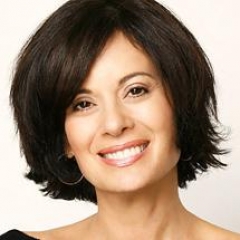 From as far back as I can remember, they used to call me Scaredy Cat. I was known as little scrawny Debbie Ford who hid beneath her mother's dress, ran from anyone who wanted to say hello, and could never fall asleep without the lights on. Always in fear that somebody was going to leap out of the shadows and hurt me, I learned to hide in corners and sneak peeks at what was going on around me.

I wasn't more than two years old before I became the neighborhood child who got teased, taunted, and made the brunt of too many stupid pranks. I was vulnerable and scared. I was the youngest of three children and found out early on that no one was going to protect me. The intimidation was happening right in my house, starting with my older sister, whom I idolized, and my brother, whom I believed to be my savior. It was clear by my third birthday that they were bored with my Scaredy Cat act and wished I would grow up and be normal like them.

As I got older, I learned that scaredy cats weren't widely accepted. Just like with my brother and sister, I could see that my guarded and anxious persona wasn't very appealing out in the world. I wanted to be strong and confident but instead I was suspicious and fearful. Everything about who I was embarrassed me. I was awkward and yet wanted nothing more than to fit in and have the confidence of my older sister Arielle. With her long dark hair, she was the shining star who never seemed to be bothered by anything. I began a search to discover how I could feel that way too.

Controlled by my fear and my deeply ingrained insecurities, I made a dramatic decision to turn into the girl that I thought others wanted me to be, not the girl that I was. I began to cover up my authentic, kind nature with a new I don't give a crap attitude. And my warm and loving heart quickly grew cold, turning away from feelings of playfulness, affection, and compassion and toward cynicism and belligerence. The pain, humiliation and fear drove me to become someone other than who I was. I created an outer shell that would protect me and yet separate me from my inner truth. But it was a price I was willing to pay. I no longer would have access to the real me as I became a self-hater who lost the courage to feel her emotions or to be seen as she was.

Now I love and nurture this Scaredy Cat part of myself. I don't try to make it go away or be anything other than what it is—a part of me that carries my fear. When I fail to acknowledge and have compassion for my fearful self, I wind up in a downward spiral of negativity. Sound familiar? When I acknowledge my fear and stay open to the gifts that it holds, I have access to the confidence and courage that I need to be authentically who I am.

Although suppressed fear is the culprit behind terrible suffering, when fear is embraced it acts as the fuel that propels you into a world of courage and confidence. Befriended fear is a worthy ally urging us to move forward in the areas of our lives where we are unfulfilled or emotionally challenged.

If fear is stopping you from reaching your goals, getting the love you want, asking for what you need or being bold and audacious to be the powerful you that you were born to be, then there is only one thing missing, and that is courage.

Debbie Ford was an internationally recognized expert in the field of personal transformation. She was the best-selling author of eight books: The Dark Side of the Light Chasers, The Secret of the Shadow, Spiritual Divorce, The Right Questions, Continue reading