Are You An Upside-Down Genius?

Are You An Upside-Down Genius?

Straighten out your thinking! 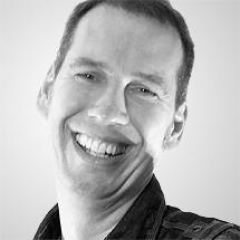 From researching into genius over the last two decades, I’ve settled on the definition that genius is the ability to get the same outstanding results time after time.

But, rather annoyingly, when you hang out with geniuses, and ask them to teach you their skills, they can't, because they're so good at it now, they've actually forgotten how they do it.

So my research asked:  What is going on behind the scenes that makes a person a genius?

The more I studied geniuses, the more a fascinating idea came to my mind. It seemed that there was a class of genius that nobody had really thought about before. I call them upside-down geniuses. These are people who are awesomely good at producing the same outstandingly crappy results in their life time after time. Sounds odd? Let me give some examples:

You may know people who are, when you think about it this way, geniuses at being stressed. Put them in the safest room in the world, with earthquake resistant walls, bulletproof glass, and air that is blessed by the Dalai Lama every day. Will they feel relaxed? Hell no! They stress over how they’ll escape if there's a fire, as they can't break through the glass or walls.

They don't mean to, they aren’t doing this on purpose, they don't even know how they do it, but are they good at it? Oh yes - to an Olympic level! When you think about it, this fits with that definition of genius: consistently getting the same results, without even thinking about it. People who are unhappy can be seen in the same way; somehow they are brilliantly successful, without meaning to, at seeing the world as a hopeless, saddening place. If you have a genius friend like this, then you know how difficult it is to help them be positive. That’s because they are even more of a genius at seeing the world in this way than you are at helping them see it differently.

However, recognizing that we are a genius at seeing the world in this negative way unlocks a whole new set of options. First of all it highlights the fact that we are finally a genius at something; we’re not broken or flawed, as we suspected we were. Instead we are brilliant at achieving some very particular results. We can also realize that one of the easiest things to do is to fail at being a genius if we choose to. Imagine you’re a spelling genius. A friend asks you a favor: Can you lose the spelling competition, on purpose, so he can win and impress the girl of his dreams? How easy would it be to lose the spelling competition by choice? Simple.

So to make massive change, all you need to do is to see where you’re being an upside-down genius, congratulate yourself, chose to fail to be a genius at it, and instead channel all your genius behavior and neurology into something much more interesting. When you see yourself as a genius, just imagine how great you’ll be at that, too!

Phil Parker is an internationally renowned lecturer, therapist and innovator in the field of personal development. His training as a hypnotherapist, executive coach, certified master practitioner of NLP and osteopath give him a unique ability to prov Continue reading