Are You Feeling Drained? Use Psychic Self-Defense

Are You Feeling Drained? Use Psychic Self-Defense 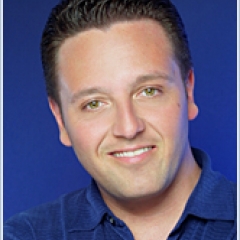 Psychic Self-Defense is one of the most important topics that I can teach. It is a useful practice for your every day life. When you are opening yourself up to the world of energy, there are things you need to be aware of, and precautions that you need to take. By opening yourself up, you become a receptacle for energy, both positive and negative. You need to protect yourself from any predatory energy, from both here and on the Other Side. 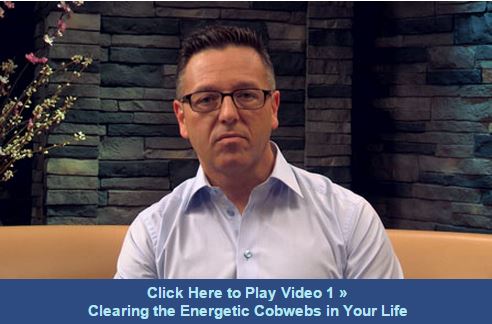 There are many reasons why you need to be on the defense psychically twenty-four hours a day. When you watch television, for example, it is often because you are looking to be somewhat mindlessly entertained. You are not watching it because you want to be accosted by someone else’s issues, yet you are under attack every single time you turn it on.

Imagine that you are viewing your favorite television show, during a crucial moment in the plot, when all of a sudden a man walks into the middle of your living room and tells you that you might have a disease if your legs are restless all night, or a woman climbs through your bedroom window and begins to talk about your “whoo-whoo” and why it’s itchy, or a lizard dances into your kitchen while you’re pouring your morning coffee and starts spouting off about how you can save money on your car insurance.

Didn’t all those scenarios seem ridiculous? Of course they are. I mean, you would never allow these random strangers to infringe on your life and barge into your home, right? You have locks on your doors and security systems to ensure your privacy and protect you from such a violation.
Some of you already know where I am going with this line of thinking. TV commercials typically make these types of “suggestions” twenty minutes out of every sixty-minute program that you watch. That is a fact.

It is advertisers who pay for the shows that are produced and aired. That’s the business side of television; someone has to pay for it. Now, let’s see how you are paying for it metaphysically.

You are lying in your bed at night exhausted. You are depleted and just want to watch a little “telly” and relax. Perhaps you turn on the evening news so you can catch up on what’s happening in the world. This is where the “attack” begins. The news is rarely positive. In a twenty-two-minute broadcast, you are bombarded by the down-turning of the economy, celebrity scandals, fighting politicians, senseless murders, the depressing results of the latest natural disaster, and the overwhelming weight of war … get the picture? Why? Because bad news sells.

There’s nobody to blame, really; it’s just how people are. We are naturally voyeuristic about other people’s lives and experiences. We stop and look at the car accident. We care. We empathize. We might even feel horrified or sad. We imagine what it would be like to be in that position, and without necessarily meaning to we open ourselves up to it.

It’s like inviting a vampire into your home. What happens to you during that period of time is just plain negative and then you go to sleep with that energy permeating your thoughts and infiltrating your psyche. Your dreams might be violent or uncomfortable, but that would be the least of your issues. It’s in the coming days that you are most definitely under the influence, like a slow-released poison that you succumb to over time.

You begin to think that you need to switch your car insurance, or you start to react in fear to some of the stories that you saw on the news as if they were happening directly to you.

Now, I am not telling you to bury your head in the sand and ignore the rest of the world’s troubles, but I am saying, be more aware of what you watch before you go to sleep at night. Try a comedy or a cartoon, or even better do something else, like meditation or listening to music. Whatever activity it is, create a relaxed and positive sleeping space. More importantly, start to program your own personal “network.” Choose the images, thoughts, and issues that are going to positively influence the way you want to achieve change.

Use Psychic Protection For Guarding Your Aura

The reason that I recommend using psychic protection is that it helps to maintain the energy in your own aura field as well as keeping others from affecting it negatively or draining it.

We need to be aware and protect ourselves from the people in our everyday lives. Most of us are familiar with the image of vampires, whether it’s the old-school stereotype of Béla Lugosi from black-and-white movies or the young brooding twilight vampires of recent popularity who come flashing to your mind.

Guess what? There is a much bigger danger of losing your energy rather than your blood to a “vampire,” and it happens more often than you might think. You have most likely encountered several psychic energy vampires in your lifetime and even been guilty of being one sometimes, as well. The attack of psychic energy happens on an invisible playing field. Most of the time you don’t even realize when you’re doing it to anyone or that it’s being done to you.

Be Mindful Of Where You Are Mixing Your Energy

People who study shark behavior respect the animal’s powerful force and the potential danger that it might offer to humans. Marine biologists may wear shark repellant suits and some stay protected in cages, but danger can still be very much a part of the experience. We need to wear a psychic self-defense suit when dealing with the psychic vampires in our lives. These are just normal people who are lacking energy and vitality in their own lives and without any conscious thought can drain healthy or more vital people of their energies.

When you act as a vampire or if you are a very sensitive person, you may unintentionally take on the energy of other people. But what if their energy is in worse shape than yours? What if they’re sick, depressed, or angry? You then are making yourself susceptible to their issues and could find yourself feeling things you don’t even understand.

So be aware of the energy leeches, and watch your own tendency to be one. They come in all shapes and sizes—some might be cute little kids in a classroom, while others are the elderly in a nursing home. They’re not aware that they are draining others or affecting you in an adverse way. Their neediness is just taking over anyone who comes close to them. You must always think about where you are spending and mixing your energy. Additionally, keep in mind that the energy in groups can take on a purpose of its own.

Once again, be aware and prepare. If you are “wearing protection,” the effects will be a lot less damaging. You can protect yourself by using Psychic Self-Defense. It’s also okay to not “invite the vampire in” by stating your limits when necessary, especially at times when you are tired or feeling energetically low. Make sure you are giving yourself enough time for meditation and prayer so that you are well protected when you do connect with others.

How many energy vampires are around you? And be very honest—are you guilty of being one with others as well? Stop and consider what you are dumping on other people and what you might be draining from them. To learn some psychic protection techniques such as using sage and imagining white light, see my free video series.

John Edward is an internationally acclaimed psychic medium, and author of the New York Times bestsellers One Last Time, Crossing Over, and What If God Were the Sun? In addition to hosting his own syndicated television show, Crossi Continue reading

Nothing Is Impossible When You Have Faith

I remember one day taking a walk in the valley and

Perspective Is Everything Every person lives in tw

Editor's Note: Dr. Eric Pearl, the author of this

Emotional Eating 101 - The Cause Of Your Food Cravings

While many people adopt spiritual practices and pr

Want to Do Less and Make More?

Ever notice there are some people who just have th