Are You Smiling Enough?

Are You Smiling Enough?

Renew your health with a grin. 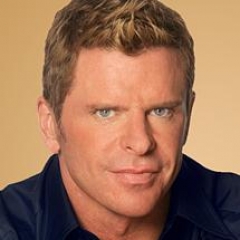 Smiling is the beginning of laughter. And research shows that when people smile often, they’re more open to seeing the lighter side of things and they experience many more positive moods. Ever try telling a funny story or joke to someone who clenches their jaw and scowls most all day? Right, it didn’t work for me either.

Finding your authentic smile is a great first step. You see, you have a smile that is uniquely your own—one that’s  natural, comfortable, makes you feel good and brightens others whom you share it with. This is often called the “Duchenne smile.” It’s named after Guillaume Duchenne, a French physician who was conducting research on the physiology of facial expressions back in the 1800s. He discovered a difference between a warm-spirited smile and a fabricated one.

The real deal is apparent because it radiates from the eyes while the corners of the mouth turn up, rather than extend out to the sides. The facial muscles which bring about this expression are not voluntary (we can’t make them move with our thinking); they’re controlled by the autonomic nervous system which follows the lead of emotions. The forced or “say cheese” smile is not your authentic one. In fact, that can often indicate something altogether different than joyfulness. When an animal exposes its teeth, which can kind of look like a smile, it’s typically a threat or a warning display. In chimpanzees it can also be a reflection of fear.

Why did I bother explaining this? Well, a couple of researchers did an interesting study whenever they identified women in a 1960 yearbook who were beaming with authentic smiles. The researchers contacted the smilers at the ages of 27, 43, and 52 to conduct a standard life satisfaction and happiness assessment. By far and away, the women with Duchenne smiles were more likely to enjoy personal well-being and success compared to those whose pictures showed no smile or a forced one.

This speaks to another phenomenon call the “facial feedback theory” which says that when we bring to mind something funny and we smile about it, our positive emotions and energy are significantly enhanced.

We were all smiling the bright way before we were even a year old. And it’s likely we continued well into our childhood. Did you know that the average child smiles 400 times a day; the average adult, only 25? It’s true. More often than not as we grow up and are conditioned by society, we somehow learn to curtail our sense of spontaneous joyfulness and penchant for laughter. But now we can see that reclaiming that aspect of ourselves would not only be fun, but may very well help us renew our health and well-being, too.