Are Your Allergies Making You Gain Weight?

Are Your Allergies Making You Gain Weight? 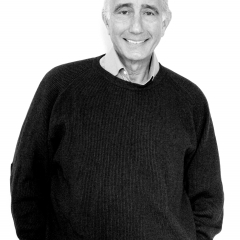 There is a direct connection between allergy and weight gain. It is due to the interaction between fat cells and the cells that create allergic responses, the mast cells.

Mast cells store dozens of chemicals that create inflammation. Whenever there's an allergic reaction, mast cells dump these chemicals into your tissues, where they produce most of the common symptoms of allergy, like itching, swelling, redness, sneezing, and wheezing. A little-known fact is that some of these chemicals also promote the growth of fat cells.

Fat cells, for their part, also store many chemicals. As you gain weight, these chemicals are released by the fat cells and circulate in your blood. Most of them provoke more inflammation.

There’s something in your fat cells that does the opposite: a hormone that reduces inflammation. It is called adiponectin. Adiponectin has direct anti-allergic effects. It calms down eosinophils (Eos), cells that release enzymes that can damage tissues and harm your immune system.

Here’s the problem: the larger your fat cells, the less adiponectin they make. So as your fat cells get fatter, the Eos get restless and produce more allergic inflammation, which increases activation of mast cells, which promotes the growth of fat.

I believe that this vicious cycle explains the powerful link between having allergies and being overweight, a connection that has been documented in medical research. The science shows us:

Below are 5 foods most likely to prevent weight loss because of allergy:

In my book, The Allergy Solution, you will find my Immune Balance Diet to boost adiponectin, the anti-allergic hormone that increases when you lose weight. Scien­tific studies have shown that specific foods or food components can increase production of adiponectin by fat cells in a direct fashion, independent of body weight.

Leo Galland, M.D., a board-certified internist, is recognized as the world leader in integrated medicine. Educated at Harvard University and NYU School of Medicine, he won the Linus Pauling Award for his trailblazing vision that c Continue reading