Ask for Help When You Need It

Ask for Help When You Need It

That’s the secret of success! 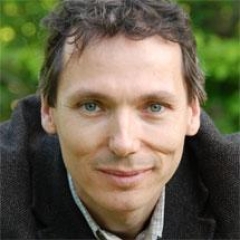 People who make a success of their lives, have the ability to turn to others and ask for help.  Why can some empowered people ask for the help and support they need, while others take the long way around and try to do everything themselves? Successful people who understand the value in turning to others for support and help know that they can’t get far in life without acquiring this fundamental skill.

In order to get one’s plan off the ground, you need to be able to ask others for their support, advice, backing help, or contacts. Why can one person successfully do this and another be terrified to ask for help?  It is based on fear. The fear of rejection.  When a person fears rejection in asking for help, they fear being refused.  The fear comes from mixing up, confusing the difference between having a request rejected and rejecting the person. It is not because you are not liked, or that someone doesn’t have regard for you.

One of my tasks to get over my fear was to go up to five people and ask them to do something for me and anticipate a “no” response. I was so afraid of being rejected that I preferred to increase the difficulty of the request rather than face my fear. I tried to summon up my courage, face my anxiety quickly get my five “no’s,” and run and hide. In the end, I admittedly was curious to see what I would get out of the exercise.

I went out and spent the following hour going up to various people to make different types of requests, getting ever more outrageous. And yet, never did I manage to get an outright, massive “no.” Either people partially met my request or they tried to find an indirect way of nonetheless satisfying the need I expressed. I felt that I was going to end the day disappointed, though I had really intended to succeed with my task.

Fortunately, at the corner of the street, I suddenly saw the person who was going to save my honor and keep me from going home empty-handed.

It was the first time in my life that I was filled with pleasure at seeing a face in the act of closing up, seeing the eyes freeze, the brow knit into a deep line above the nose, the lips tighten.

It had seemed that the scene was taking place in slow motion—extreme slow motion—allowing me to enjoy each thousandth of a second, image by image, and I remember each one of them as though it were yesterday. I can see his mouth open again and, at the precise instant that the tongue left the palate, his breathing had given off a sharp noise that had cracked in the air like a whip, forming the magic word of rejection, the word I had desperately sought to collect all afternoon. “No.” I could have thrown my arms around his neck and kissed him with gratitude.

So, was it as easy as I have imagined to get those “no’s”? I have to admit it wasn’t.  People who are afraid of being rejected have no idea that it is rare to be turned down by others. It’s even almost difficult to bring about. On the whole, people are inclined to help you, not to disappoint you, to go along with what you expect from them. It’s precisely when you are afraid of being rejected that, in the end, you are.  When you learn to go toward others to ask them for what you need, a whole world offers itself to you.

Laurent Gounelle is an internationally renowned and best-selling author whose books have been sold in over 23 countries. He is a personal development specialist who trained in humanities at the University of California, Santa Cruz. Drawing on his lov Continue reading