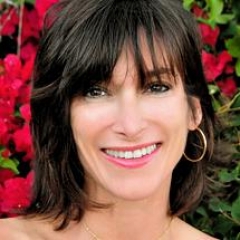 Dr. Dena Mendes
Dr. Dena Mendes received her degree in Public Health and Broadcast Journalism from Arizona State University, has attended programs at Harvard and Northwestern universities and holds a Doctor of Naturopathy Degree.
Dena was introduced to healing and healthy living as a teenager when she was forced to heal her own chronic illness. Traditional medicine proved ineffective and out of near desperation, she turned to a natural doctor -- her first experience with holistic healing. Within a week, almost all her symptoms had disappeared and Dena had found her passion!
Over time, she has integrated and woven together the physical, mental and spiritual aspects of holistic health into a life force that has served her well. Dena considers fueling her body with healthy food to be one of the key tools in helping achieve her optimal health and one of the most important priorities in her life.
Dena is a cancer survivor: From one pre-cancerous, (in situ) pea sized tumor that spread after a botched lumpectomy, she has fought the sometimes exhausting, always brittle battle against cancer for eight years. She has undergone eight cancer-related surgeries and more than 30 chemotherapy treatments. She says her return to health -- not just good health, but great looking, great feeling health! – is due to her diet, her proactively healthy lifestyle and her positive attitude.
Dr. Dena’s first book—A Survivor’s Guide to Kicking Cancer’s Ass—is scheduled to be released by Hay House in November 2011.

Why Be Gluten-Free? The common misconception is that you stop the consumption of wheat and gluten only if a medical professional has diagnosed you with celiac disease... Comments

Can You Surrender? Surrendering is the perfect recipe for contentment. Why, then, is this task of letting go and moving on so much easier for some than it is for others... Comments

Your Emotional Cleanse Cleansing is not just about the physical self—it’s about your emotional self as well. I’ve noticed both personally and with my clients that during... Comments
View all 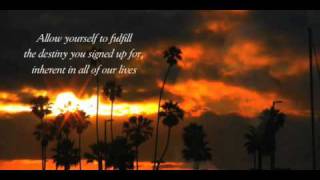 https://www.hayhouse.com/details.php?id=4672&utm_id=3198 The Shift - A companion book to the movie. Taking Your Life from Ambition to Meaning The

This book is a crash course in learning how to be your own advocate. Empower yourself by using your intuition and newfound knowledge, and you'll come through this difficult yet amazing health-awakenin

This book is a crash course in learning how to be your own advocate. Empower yourself by using your intuition and newfound knowledge, and you'll come through this difficult yet amazing health-awakenin