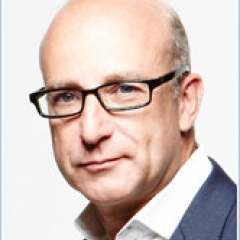 Paul McKenna, Ph.D., is described by Ryan Seacrest as “a cross between the Dr. Phil and Tony Robbins of Britain.” Recently named by the London Times as one of the world’s leading and most important modern gurus, alongside Nelson Mandela and the Dalai Lama, he is Britain’s best-selling nonfiction author, selling 8,000 books a week in 35 countries—a total of 8 million books in the last decade. He has worked his unique brand of personal transformation with Hollywood movie stars, Olympic gold medalists, rock stars, leading business achievers, and royalty. Over the past 20 years, Paul McKenna has helped millions of people successfully quit smoking, lose weight, overcome insomnia, eliminate stress, and increase self-confidence. Dr. McKenna has appeared on The Dr. Oz Show, Good Morning America, The Ellen DeGeneres Show, Rachael Ray, Anderson Live, and The Early Show. He is regularly watched on TV by hundreds of millions of people in 42 countries around the world.

Dr. McKenna has consistently astounded his audiences and clients by proving how small changes in people’s lives can yield huge results, whether it’s curing someone of a lifelong phobia or clearing up deep-seated issues in a matter of minutes. He currently hosts his own TV show on HULU, where he interviews the most interesting people in the world. His guests include Simon Cowell, Harvey Weinstein, Rachael Ray, Sir Roger Moore, Roger Daltrey, Tony Robbins, Paul Oakenfold, and Sir Ken Robinson.  Website: www.mckenna.com

7 Steps To Relax Your Mind And Sleep Better Quite often our lives get filled up with relatively un­important things and it is difficult to find enough time for yourself. The only time you get... Comments

An Easy Way To Speed Up Your Metabolism Have you ever heard someone say they can’t lose weight because they have a “slow” metabolism? Your metabolism is the speed at which your body... Comments

Try This Simple Hypnosis Technique For Lasting Weight Loss I know there have been many times in the past when you've done your best to eat sensibly, but no matter how hard you tried, you couldn't stick with... Comments
View all

21059 https://i.ytimg.com/vi/enYPnO2yaFw/mqdefault.jpg
views
Powerful Teachings to Create the Life You Want You can Heal Your Life Summit - Starts May 4!

Your healing journey begins May 4th! You’ll learn about how to live your purpose, create fulfilling relationships, heal your body with energy healing,

The New Surgery-Free Weight-Loss System Do you want to lose weight? Have you tried diets and failed? Do you want a completely new approach? Then let Paul McKenna help you! A gastric ban

Are you worried about how smoking is damaging your health? Do you want to quit smoking, but worry that you’ll gain weight? Would you like to stop cravings in a matter of moments? Have you tri