Tavis Smiley is a broadcaster, author, advocate, and philanthropist. Tavis Smiley continues to be an outstanding voice for change.  Smiley is currently the host of the late-night television talk show Tavis Smiley on PBS, and The Tavis Smiley Show distributed by Public Radio International (PRI).
Smiley has authored or edited 14 books including his memoir,What I Know for Sure: My Story of Growing Up in America, which became a New York Times bestseller. The book he edited, Covenant with Black America, became the first nonfiction book by a Black-owned publisher to reach #1 on the New York Times bestseller list. His latest book, Accountable: Making America As Good As Its Promise, examines hard-hitting truths about the issues our country faces; and addresses how our political leaders, corporations, and finally, American citizens themselves, can enforce accountability and effect change.

3 Life Tips Every Graduate Needs To Know Both a guidebook and a toolkit to help you get on track, whether you’re just setting out on your own or whether you need a course correction to keep... Comments

3 Essential Tips To Achieve Greatness Below are 3 simple tips to remember on your path to greatness from my book, 50 For Your Future - Lessons From Down The Road : 1. Privilege can be... Comments

Tavis Smiley On Racial Inequality In Education Ten years ago when I had the honor of compiling and editing the historic text The Covenant with Black America , I had no idea that a decade later,... Comments
View all 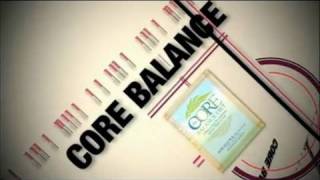 https://www.hayhouse.com/details.php?id=4097&utm_id=3198 From the co-founder of Women to Women, one of the first clinics in the country devoted to

Too Important To Fail

Too Important to Fail: Saving America's Boys is the companion volume to TAVIS SMILEY REPORTS PBS special which is funded by the Corporation for Public Broadcasting as part of its American Graduate: Le