Awakening to the Light

Awakening to the Light

Do you know what lies beyond? 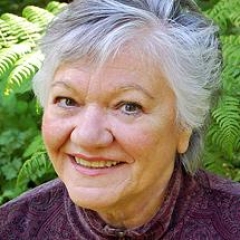 I don’t exactly recall what was on my list of things to do that day in December 1976, but certainly death was not one of them. I was the head of a research laboratory in Seattle, Washington, where we used electron microscopes to study the effects of pollutants on fish. Our facility sat on the edge of a ship canal that connected two huge lakes, part of the watery charm of Seattle. We were a busy research group: publishing papers, and traveling in the United States and abroad to talk to groups of scientists. It was a time of excitement and career success for me, and I loved every minute of this work.

I did not spend much time at home, nor did I love housework. On a Friday night I was hurriedly cleaning house and had no idea that in minutes my life would change abruptly. The vacuum cleaner chugged along with me through the bedroom, down the long hallway, and I had nearly finished the living room. The last sweep was in front of the fireplace hearth, 15 inches away from the mantel. I did not bump the mantel or touch the fireplace, yet in a flash a heavy, leaded-glass art piece framed in thick oak toppled off the mantel onto my head. I crumpled to the carpet, crushing pain shot through my head, and I was out. From there on nothing was ordinary. My awareness no longer resided in my body. I had no sense of a body, or of my house, or of living across the street from Greenlake in Seattle, or even of my own name.

I was zipping along a long, dark tunnel, drawn to a beautiful and welcoming light far ahead. At the end of this tunnel, just before the entrance to the lighted place, my deceased mother and grandmother stood. They were radiant with good health, glowing with love, and welcomed me wordlessly. I was overwhelmed to see them. I had missed them intensely, but had no belief in an afterlife, so seeing them astonished me. It seemed like we were together for an eternity, and yet I moved on without remorse or sadness into the place where the light was stronger still.

I marveled at the beauty of the scene before me. The sky was a shade of blue that I had only seen in the high mountains just before dusk—almost iridescent—with a richness never seen in cities. The luminous color lifted my spirit. The hues did not fade as if night were approaching but stayed glowing with awe-inspiring brightness. The surroundings were suffused with light. I seemed to be standing on a slight rise with a sweeping view of rolling hills. The colors reached out with brilliance. Blades of grass glowed with a quality of green that sparkled without a hint of harshness. The flowers glowed as if each petal and leaf emitted its own light. My being was immersed in peace and tranquility. I had a relaxed inner hum of joy, and such fullness of awareness that to leave or anticipate leaving was unthinkable. I was fully present in a manner that I had never experienced before. I walked down the hillock into a bit of a valley while I continued in the fullness of each moment. There was no sense of the passage of time or concern about what time it was or if there was anything else at all to do except to be fully present. What an unexpected surprise that this glorious place could be my destination: I was a staunch atheist. I had never heard of near-death experiences and had no inkling about spiritual experience in expanded realities.

Before I could think much more about how this all happened and without a forewarning of the impending change, I found myself transported to another location. I saw steps and a platform that softly glowed with a golden light. I was drawn to walk up the steps onto the platform toward the one and only being I saw. No voice told me to do that and no mind chatter argued whether I should or should not approach the being. Some feeling of welcome, safety, and joy drew me up the steps without hesitation. Light infused everything. I felt buoyant and totally at peace. The same sense of each moment having its own relaxed fullness was there as it was in the place of rolling hills. I had no desire to leave, no desire to be or do anything other than bask in the luminous presence before me and all around me. There was no fear in me and no anticipation whatsoever.

Suddenly I was abruptly back on the floor of my living room with an excruciatingly sore head. I reached my hand to the hurt place and found a mat of dried blood. I was shocked to realize that I had been out for more than a few seconds. How long had I been unconscious? It was probably an hour or could have been more. I did not seek medical help until Monday morning when my co-workers whisked me off to a doctor, who found a blood clot on my brain. I was instructed to go home and rest for a few weeks, but did not need surgery. I had always been so healthy and physically active as a skier, mountain climber, and hiker that this was a major change for me.

I was flooded with new appreciation for my life. I was equally flooded with new awareness of the expanse of possible realities. To be sure, as my awareness of the certainty of an afterlife expanded so did my appreciation of the precious moments of human existence. Initially, I tried to dismiss the entire vision of “the other side,” but I could not shake the impact of the peace, joy, and clarity I felt.

Fortunately, my recovery was complete. I returned to the lab and the work there, but also began searching for books and people who knew about near-death experience. I found a local healer and took classes with him. I began meditating daily. Some seven years later, and after a profound visionary calling to healing, I resigned my position at the laboratory and opened a small office as a healing facilitator. Now, 26 years later, these decades of work, meditation, travel, and writing continue full of joy, growth, new insights, and great appreciation for all that has happened.

Joyce Whiteley Hawkes, Ph.D., is a biophysicist and cell biologist by training. She completed her doctorate in biophysics at Pennsylvania State University and was a postdoctoral fellow with the National Institutes of Health before settling in Seattle Continue reading