Back to the Garden

Back to the Garden

Does your spirit long for change? 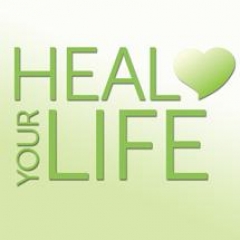 In his moving new memoir, Earthkeeper, Adam C. Hall describes his awakening from an unexamined life of pursuing wealth, privilege, and power at any cost. How does a man know when it’s time to return to spirit and rediscover his soul?

The story central to this memoir started in my early forties when I was speeding down the Pacific Coast Highway in California with cell phone in hand. Though it was the crack of dawn, I was already at work, and about to close a very big business deal, when a stray dog appeared on the road. With a SCREECH, I barely missed hitting it, and pulled over to the side of the road, shaken.

As owner of a commercial real estate company, I was as ruthless as I was successful, since I was convinced that it was better to be predator than prey. Life was “grand” with all the trappings of the American Dream––Country Club, a new custom 6000-square-foot home in Malibu, a beautiful wife, three lovely daughters, and money in the bank. But thanks to that stray dog, it all began to unravel, leaving me naked with the questions, Who am I? What’s my life really about?

Once I could stop long enough to ask such questions, I noticed that I had been popping Tums for my perennial stomachaches, that I blocked serious issues with my wife by becoming a workaholic, and I flared up in rage at friends and foes alike because of an unbridled temper. I was not a nice man, but a millionaire jerk who, in spite of the trappings, was secretly discontented with life. However, I was also totally lost as to what I should do about it.

As fate would have it, a psychic working a chic holiday party planted a word in my head that would not go away: separation. That word was like one pure seed planted in a garden choking with weeds, dying flowers, and muck all so overgrown and entangled that it made me feel suffocated. However, finally, I did notice, and soon enough, I knew I should take a break to reassess everything in my life. Is this what a mid-life crisis is supposed to be? I wondered. In any case, I sensed with trepidation that I was due for big changes. With great enthusiasm, mixed with fear and guilt, I told my yearnings for reassessment to my wife, who withered me with a look, “What’s your problem? We’ve got the perfect life.” Devastated, I was on my own, determined to end my anxieties, insomnia, and cutthroat manners. There must be another way to live, I kept repeating to myself.

So began a profound journey of self-discovery that cost me my family, my business, and my old identity. Nothing was untouchable. Once begun, I knew I wanted to go “all the way,” though I was not clear as to what that meant at the time. Quickly, I realized that I had been separated from my spiritual source, and threw myself into reading––The Sacred Path Workbook by Jamie Sams, A Course in Miracles, The Power of Now by Eckhart Tolle. From this, I became inspired to embark on something I had never heard of before, a Vision Quest.

This I did in the Navajo Nation in Arizona, which in turn forced me to take responsibility for my own inner demons––oh, how I could see my own pride, arrogance, and self-importance. To face this required courage and an open mind with no assumptions, which in turn opened me to the power of forgiveness and a much greater worldview than my ego-driven concepts could contain.

Shortly thereafter, travels to Thailand and Cambodia further opened my heart to compassion, and then “power journeys” in Peru gave me direct experiences of transcendent realities. Almost by magic, one thing led to another, transforming me all along the way. What a great adventure it has been!

After years on this quest working with therapist, teachers, shamans, psychics, and mystics, I feel that my garden, so to speak, has finally been cleared of all the old and dying weeds, and planted anew. Still, I remain ever vigilant to keep it pristine and beautiful, which fills me with harmony and gratitude knowing that my new plantings embody lasting values that will gain strength year by year.

With this gratitude, I became inspired with a new mission in life––to utilize my experience as a real estate investor and developer, and give back to the world by gathering together groups dedicated to acquiring large tracts of pristine land slated for development, and not develop them. Instead, we would ensure that they forever remain in their natural, undeveloped state for future generations. Thus, I have found a new calling as one who honors, preserves, and cultivates our precious land for future generations, what indigenous cultures call an “EarthKeeper.”