Discovering who you are. 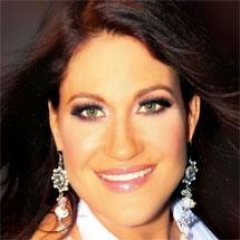 My birth name is Sonia Aletta Nel, but I am better known as Nianell, which is my stage name. I was born on September 25, 1971, in the town of Omaruru, Namibia, Africa. Omaruru is a tiny village. In fact, it is so small that I was the only baby in the hospital! My parents and grandparents farmed together in the area, but that didn’t last very long, as my grandfather and father are both very strong willed (I have to confess, I take after them in that respect).

Shortly after I was born, we moved to Windhoek, the capital city of Namibia, where I grew up. My father rejoined the police force, and my mother continued her career as a primary-school teacher. Both my parents were passionate about their jobs and excelled in their chosen fields. I am very proud of them.

Music was always part of our lives. We didn’t have television transmission in Namibia until I was about ten years old, so we entertained ourselves as a family by making music together—my father playing guitar while the rest of us sang along. By the time I was eight years old, my singing voice was so well developed that I sounded like a grown woman. Interestingly, we had a tenant who used to pay me two rand (the equivalent of about one U.S. dollar) just to sing for him. I was born to write music and sing. I believe music chose me.

I went to two different primary schools and graduated from Academia High School in 1989. In 1990 managed to secure a scholarship to study light music at the former Pretoria Technikon (now Tshwane University of Technology) in South Africa. I was following my dream of making my living from music.

I earned my diploma in Light Music in 1994 and found a part-time job teaching music at Wierdapark Primary School. Although I loved children and teaching, my heart longed for the stage, and I was no longer satisfied with the small gigs I did here and there. Performing has always been my passion. So I decided to take the big step: quit my part-time job and do what I was most passionate about. It meant saying goodbye to my small but steady income, but at least I would be doing what I loved.

I met my wonderful husband, Andrew Thompson, in 1997, and we were married on South Africa’s Freedom Day, April 27, 2000. Marrying Andrew confirmed my belief that there is freedom in getting married to the right person. Seven years later we were blessed with the birth of our lovely triplet girls, Kaeley, Jade, and Tayden. They were born on July 30, 2007, and will always be the biggest miracle in our lives.

We fell pregnant naturally after trying for just one month, and it was exactly what we had prayed for. (I still don’t understand why here in South Africa they talk about “falling pregnant.” Nothing falls—everything just rises!) I had always wanted three children, but had never been able to imagine myself going through three pregnancies, so I am extremely thankful for the way things turned out. I even wrote a song called “I Know I’m Lucky” just before I discovered I was pregnant. I believe that singing those positive words over and over can only attract more amazing experiences into my life.

Knowing Who I Am

Looking at all this biographical information, it’s easy to come to a conclusion about who I am: a 40-year-old woman with a husband, three children, and a successful career in the southern African music industry. I also always thought this was who I was. For many years I believed I was nothing without my ability to sing and write songs. I had defined myself by my voice and music. This put my sense of self-worth at the mercy of public opinion; I was nothing if the public didn’t approve of or support my talent. Measuring my own value in this way, I had a serious uphill battle for many years, during which I constantly searched for and doubted myself and my abilities. I didn’t even know how to conduct myself in a crowd if I wasn’t there in my capacity as a performing artist. I didn’t believe that people would like me or accept me unless I could do something to impress them, and deep down, I was terrified.

When I look at my little girls now, I often see myself in them, trying so hard to be noticed and loved. They pull out every trick in the book to gain acceptance. To be honest, it never crossed my mind that I could just be. I always thought I had to do something, achieve something, or prove something to be accepted by others. I was relying on other people’s acceptance in order to be able to love and accept myself.

From the time I was very little, I felt that I had an important purpose here on Earth and spent the greater part of 40 years trying to figure out what it was … chasing after what I thought it was. The wonderful thing is that along this journey I came to understand who I am and why I am here. Thankfully, I came to realize that who I am is not determined by what I do or achieve, or by the approval I get from others—but this is very easy to forget when life’s pressure is on. That is why I am deeply grateful to have my book, as well as the songs that come to me; they are a constant reminder of who I really am. I invite you to join me on my life journey. In the process, hopefully you will discover who you really are and why it is so important to love yourself just as you are.

Nianell is a gifted singer, a talented musician and songwriter, an author, and a stirring keynote speaker. A multiplatinum seller, she is often referred to as South Africa's version of Celine Dion, and has established herself as one of that country's Continue reading

A Wish for You

The Wish from Tricia “Let her be,” I heard the old

Are you ready to star in your own reality show? It

You Are Good Enough!

A young man named Eric was a client of mine severa

I recently had the pleasure of joining thousands a

A simple way to build courage is to make commitmen

Did you overeat during the holidays and find you’r