Buddha and the 12 Steps

Buddha and the 12 Steps

Calling on the higher power of karma. 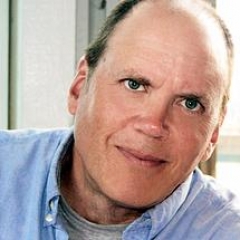 The Law of Karma refers to the relationship between actions and their results, to the idea that taking skillful or wise action will bring about positive results. In Twelve Step terms, this is a Higher Power. It is a force that permeates our lives; we see it in actions large and small. We can’t escape it or avoid it, and we can’t control it. We can only cooperate with it. That’s why we call karma “God”: there’s no point in fighting God. You’ll always lose.

One of the hardest things to do is to change the course of our karma. Zen teacher, Byakuren Judith Ragir, calls it “interrupting the karmic flow.” Getting sober is one of these actions, one of these interruptions.

My early efforts at meditation were partially driven by a lack of understanding karma. With a belief that enlightenment was going to fix all the problems in my life I was immersed in magical thinking. To think that sitting silently on a pillow will make you a rock star, get you lots of money, solve your drug and alcohol problem, and cure you of depression is to be very confused about cause and effect.

This was also apparent in my beliefs about school. When I got sober and woke up to how limited my career options were as a musician, I gradually got the idea I might go back to school. But when I thought about getting a college education from scratch—I had only a G.E.D.—it seemed insurmountable. Four years! I’d be over 40 by the time I graduated!

When I said this to my sponsor, he looked at me and said, “You’re going to be over 40 in four years anyway. You can either have a degree then or not.”

Oh, right! I got it. Time was going to pass, and what I did over the time was going to have results—or no results, if I did nothing. As daunting as four years of school sounded at the outset, the thought of being in the same place four years down the road was more frightening. This was when I started to really understand the Twelve Step emphasis on “showing up.” Getting through school was all about going to “one class at a time.” Just doing today’s work and being where I was supposed to be. Dropping out of high school as I’d done was the opposite: not showing up, running away. And the reason I ran away was because I found school unpleasant—in Buddhist terms, I had “aversion” to school. Showing up means living with aversion to some extent, not being so reactive, trusting in a process rather than running from the immediate discomfort.

Magical thinking expects instant results, but real change rarely happens this way. It’s more the steady drip, drip of accumulating acts. My attitude had always been that if something didn’t work out right away it wasn’t meant to be. But this goes directly against Buddhist teaching, which is that nothing is meant to be. Nothing is fated or inevitable in our lives. Just because something is difficult doesn’t mean it’s not meant to happen.  That doesn’t mean that you have to stick with every single thing you try. It does mean that when we say “everything happens for a reason,” we won’t mean that there is some being up in the sky deciding how things should be, but rather that, everything happens as a result of intentional actions.

So this is how we interrupt the karmic flow. Through actions. But before we make those actions, we need to see what should be done, and this takes the wisdom that comes out of mindfulness. When we pay attention with a clear mind, we begin to get an idea what needs to change in our lives. Once we see this clearly, we have to make a plan and act on it. One way to support this is making vows. Traditional vows are more religious in nature, but the Twelve Step tradition gives us another form: “Just for today.” When we make a vow about showing up and following through on our intentions “just for today,” we make tasks that may seem unachievable, like getting a college degree manageable, cutting them up into more reasonable pieces. “Just for today I will show up for class,” we might say, or “Just for today I will go to work,” or my meeting or do my meditation. Interrupting the karmic flow takes mindfulness, intention, and action. If we want to change and grow, if we want happiness and satisfaction in our lives, we must find ways to follow through on what’s really important to us.

He has been practicing Buddhist meditation for three decades and has been in recovery since 1985. He’s been a meditation teacher for almost 15 years. Continue reading

Have you watched a young child playing? Or can you

Do You Know Your Guardian Angel?

I’ll never forget the first time I saw my Guardian

Take Care of Your Body

Why have we become addicted to foods that taste go

14 Ways You Can Heal From Epstein-Barr Virus

Epstein-Barr virus is one of the most common human

5 Ways To Strengthen Your Voice

Do you know what you want and feel comfortable ask

Do You Live with a Water Child?

“We call her the mermaid,” Marisa’s father tells m