Can You Act As If?

The basketball coach who could. 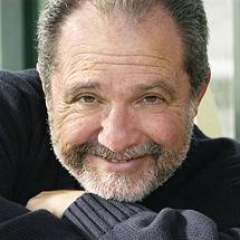 The phrase “as if” made its way into pop culture as the immortal words spoken in the teen classic, Clueless. The expression was used in a derisive manner to suggest “no chance!”

Act As If is an inspiring new film that turns that whole notion upside down. The phrase now means: “it’s done!”

Harvard Women’s Basketball Head Coach, Kathy Delaney-Smith, put Harvard basketball on the map. She is the winningest Ivy League women’s basketball coach of all-time, and her secret to that success is what inspired Melissa Johnson, one of her former players, to make this film.

Kathy calls her personal philosophy “acting as if.” Act as if you are already the champion you want to be, act as if practice and drills are fun. Act as if when you fall down it doesn’t hurt and get right back up and into the game. When Kathy was hired as a basketball coach for a local high school nearly 30 years ago, she was completely inexperienced. Acting as if she was already a skilled coach, she quickly led her student athletes to victory after victory.

When Kathy was diagnosed with breast cancer, she discovered that “acting as if” can be used not only on the hardwood or the field but in every area of life. She also learned that the human nervous system can’t tell the difference between a real event and an imagined event.

Determined to act as if, she knew immediately that she was already a cancer survivor. Not would be. Not could be. Already was. Despite the dire diagnosis and her initial fear, and throughout the discomfort of chemotherapy, radiation and surgery, Kathy continued to act as if. She learned that it was OK to ask for help when she needed it and learned to make fun of herself when the chemotherapy wreaked havoc on her short-term memory.

Throughout this entire phase of her life, she never missed a practice session or a game, and eventually she fully recovered. Today, she still presides over her precious basketball team.

Melissa Johnson makes an incredibly auspicious directorial debut. Her uplifting, funny and inspiring film illuminates how “acting as if” means stepping outside of our current reality and stepping into the reality we wish to be true. When our actions reflect our beliefs, what we’ve decided then becomes our reality.

My mentor and dear friend Richard Matheson (author of What Dreams May Come) once gave me a beautiful calligraphy that still hangs in my office:
“That which you think becomes your world.”

Act as if, indeed.

Stephen Simon is a veteran producer whose distinguished career includes the Presidency of two major production companies and the development and production of a myriad of well-known films such as: Smokey and the Bandit, The Goodbye Girl,The Electr Continue reading