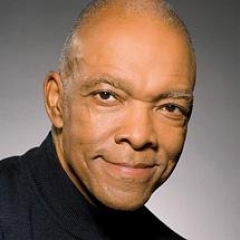 In 1971, I and my partner, Emmett McBain, launched what would become Burrell Advertising, a full-service advertising agency specializing in promoting products and services to the then largely ignored African American consumer. Burrell Advertising became an industry leader because of its positive, realistic, and compelling depictions of black life and culture, particularly in the medium of television. We were keenly aware of the power of culturally relevant language and images to influence perceptions and attitudes toward my clients’ products and services.

In other words, we created and disseminated “positive” propaganda.

Many years later, while minding my own business—literally—as chairman and chief executive officer of Burrell Communications, I coined the phrase, “Black people are not dark-skinned white people.” It was a concise summation of the basis of my business: that black Americans, because of our heritage and history, have a unique culture that could best be reached through strategies, words, and images subtly or overtly related to those historical and cultural factors.

All ad agencies employ creativity—writing, art, photography, and music—to capture the public’s much-divided attention. However, the most important part of what we do is study people: why they do what they do and why they buy what they buy.

Understanding what motivates people is a crucial part of my profession. But, being a black man, I was compelled to understand the way blacks are viewed in this country and the way many of us unconsciously view ourselves. Connecting the black dots on a larger level early on—from slavery and Jim Crow segregation to commercial and social propaganda—became my passion.

Burrell Communications’ research of the ‘70s and ‘80s showed that African Americans have distinct psychosocial needs, desires, fears, hopes, and aspirations, all born of the circumstances arising from our experience as chattel slaves in America. We discovered, for example, that:

The genesis of all these attitudes can be traced to American slavery. It was here that we were first indoctrinated with the idea that we were, in fact, not humans at all, but property.

I’ve experienced race-based lack of self-esteem first-hand. I know that it was not based solely on low income or poor education. As upwardly mobile as I was, that sense of lack was right there, climbing every rung of the ladder of success right beside me. Over time, I’ve learned that the root of the problem wasn’t what was being done to me—it was what I’d been brainwashed to feel about myself. We cannot cure the symptoms without acknowledging the disease.

Marketing communications pioneer Tom Burrell is a recognized leader and change-agent credited with revolutionizing the use of positive and realistic images of African Americans in television advertising. His award-winning work acknowledged the purcha Continue reading