Slow Down And Center Yourself 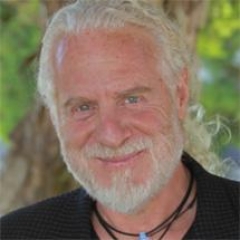 The meditation that I’m most known for worldwide is probably the simplest one, and it’s called 16 Seconds.

The reason I like it so much is because it is perfect for someone who is uninitiated into meditation, or for someone who’s never meditated at all, or says, “Ah, I must be doing it wrong, the Buddha hasn’t come and visited me yet,”

The 16 Second Meditation is perfect at showing the power of the concept of the pattern interrupt.

So here’s how it works:

Right now in your mind’s eye, think about something that may be disturbing you, or bothering you, an unmet expectation, something you thought was going to unfold a certain way, but it didn’t. Maybe you’re annoyed or irritated by somebody. And get clear on what that is. Don’t go too deep. This isn’t therapy, just stay at this level.

Maybe it happened in the last week or 10 days. And maybe you can even feel that at some place in your physical body, you know, that discomfort or that irritation.

Now close your eyes, and through your nostrils, take a long, slow, deep breath in, and watch that breath as it moves down into your belly, and hold it there, and watch it, and witness it, and observe it, and watch it as you release it, as it moves up. Watch it as it moves into your throat, out through your nostrils, and hold that breath out when you get to the end and keep watching it and keep witnessing. And now you can breathe normally and open your eyes. So that was 16 seconds.

RAY: That's pattern interrupt. And you had a show about that not too long ago on the radio show, the pattern interrupt, and I love that, because that’s something you can use anytime during the day, and I have.

DAVIDJI: Right. You can use this while you’re waiting on a line; you can use this while in the middle of a meeting, while you’re on the phone, you can do this when you’re suddenly experiencing any discomfort or irritation, or sadness or confusion. It’s the centering breath. It’s like your mind taking a breath. And in those, in that period of time, that 16 seconds, and if you do it four times, it’s a minute. Do it 20 times, it’s five minutes, and so it can become your actual meditation practice.

But just in these little snippets, we don’t get the chance, throughout the course of the day to take that breath,you know, to suddenly stop. Let me give myself 16 seconds to just go, ah, because the swirl is ever going, and so that’s an opportunity to just lock it down.

RAY: Tactical breathing. I love that.

DAVIDJI: So you can call it anything you want.

If we could just take a breath as we head out into the work world, and then again, before we come back home, so that you're not bringing energy from one realm into a new realm. If we would just take 16 seconds, or just take a long, slow, deep breath in. You can actually have new energy in that new space.