How to maintain your well-being. 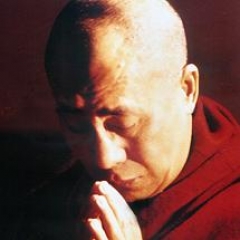 Buddhism has long argued for the tremendous potential for transformation that exists naturally in the human mind. To this end, the tradition has developed a wide range of contemplative techniques, or meditation practices, aimed specifically at two principal objectives—the cultivation of a compassionate heart and the cultivation of deep insights into the nature of reality, which are referred to as the union of compassion and wisdom. At the heart of these meditation practices lie two key techniques: the refinement of attention and its sustained application on the one hand, and the regulation and transformation of emotions on the other. In both of these cases, I feel there might be great potential for collaborative research between the Buddhist contemplative tradition and neuroscience.

For example, modern neuroscience has developed a rich understanding of the brain mechanisms that are associated with both attention and emotion. The Buddhist contemplative tradition, given its long history of interest in the practice of mental training, offers, on the other hand, practical techniques for refining attention and regulating and transforming emotion. The meeting of modern neuroscience and the Buddhist contemplative discipline, therefore, could lead to the possibility of studying the impact of intentional mental activity on the brain circuits that have been identified as critical for specific mental processes.

At the very least such an interdisciplinary encounter could help raise critical questions in many key areas. For example, do individuals have a fixed capacity to regulate their emotions and attention; or, as the Buddhist tradition argues, is their capacity for regulating these processes greatly amenable to change, suggesting a similar degree of amenability of the behavioral and brain systems associated with these functions?

One area in which the Buddhist contemplative tradition may have an important contribution to make is the practical techniques it has developed for training in compassion. With regard to mental training both in attention and emotional regulation, it also becomes crucial to raise the question of whether any specific techniques have time-sensitivity in terms of their effectiveness so that new methods can be tailored to suit the needs of age, health, and other variable factors.

With these precautionary considerations, I believe a close cooperation between these two investigative traditions can truly contribute toward expanding the human understanding of the complex world of inner subjective experience that we call the mind. Already the benefits of such collaborations are beginning to be demonstrated. According to preliminary reports, the effects of mental training—such as a simple mindfulness practice on a regular basis or the deliberate cultivation of compassion as developed in Buddhism—in bringing about observable changes in the human brain correlated to positive mental states can be measured.

Today, I believe that humanity is at a critical crossroads. The radical advances that took place in neuroscience and particularly in genetics toward the end of the 20th century have led to a new era in human history. Our knowledge of the human brain and body at the cellular and genetic level, with the consequent technological possibilities offered for genetic manipulation, has reached such a stage that the ethical challenges of these scientific advances are enormous. It is all too evident that our moral thinking simply has not been able to keep pace with such rapid progress in our acquisition of knowledge and power.

Yet the ramifications of these new findings and their applications are so far-reaching that they relate to the very conception of human nature and the preservation of the human species. So, it is no longer adequate to adopt the view that our responsibility as a society is to simply further scientific knowledge and enhance technological power, and that the choice of what to do with this knowledge and power should be left in the hands of the individual.

We must find a way of bringing fundamental humanitarian and ethical considerations to bear upon the direction of scientific development, especially in the life sciences. By invoking fundamental ethical principles, I am not advocating a fusion of religious ethics and scientific inquiry. Rather, I am speaking of what I call “secular ethics” that embrace the key ethical principles, such as compassion, tolerance, a sense of caring, consideration of others, and the responsible use of knowledge and power—principles that transcend the barriers between religious believers and nonbelievers, and followers of this religion or that religion. I personally like to imagine all human activities, including science, as individual fingers of a palm: So long as each of these fingers is connected with the palm of basic human empathy and altruism, they will continue to serve the well-being of humanity.

Tenzin Gyatso (born July 6, 1935) is the 14th and current Dalai Lama. He is a practicing member of the Gelug School of Tibetan Buddhism and is influential as a Nobel Peace Prize Laureate and as the world’s most famous Buddhist monk. He is also the Continue reading