Chronic Back Pain Relief - Treat Your Back Pain Without Surgery

Chronic Back Pain Relief - Treat Your Back Pain Without Surgery

Is Back Pain Crippling Your Life? 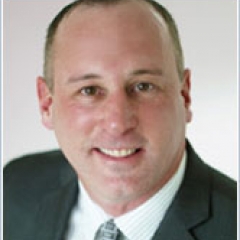 Chronic pain has become an international epidemic—an estimated one billion people across the globe suffer every day. And what I’ve found over my 20 years of treating pain is that many of these people suffer needlessly. While the existing medical model for treating pain isn’t helping, there actually is hope—and that’s what my book - The Pain Cure Rx is about: an alternative model of treatment that resolves pain quickly and effectively without surgery or medication.

During my career, I have treated more than 14,000 patients, many of whom came to me as a last resort before surgery or as a follow-up after surgery that didn’t resolve their pain. Many of them had been told that they would have to manage their pain using drugs for the rest of their lives or, worse, that there was nothing left to try in their efforts to find relief—they would simply have to live with the pain. 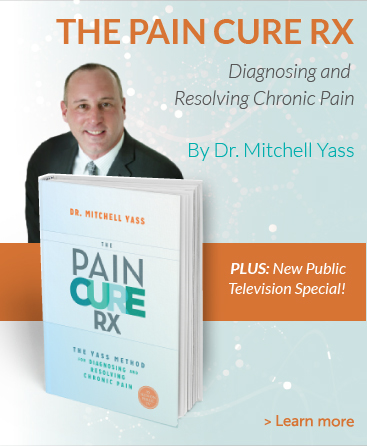 Case after case, I heard the same story: the patient had gone to the doctor, and diagnostic tests, like MRIs or X-rays, were done. A structural variation, such as a stenosis, a herniated disc, a meniscal tear, or arthritis, was found, and this became their diagnosis—it was the “cause” of their pain and they were treated based on this.

Medications were used; injections, epidural nerve blocks, and a host of other treatments and procedures ensued. Some would mask the pain for a short time, but ultimately the pain returned and surgery was presented as the only remaining option. And then they had a terrible choice to make: get a surgery that didn’t assure pain relief or try to manage the pain. In some cases patients were told that they would be paralyzed if surgery wasn’t performed. Others were told that surgery may or may not help, and that it was in fact completely up to them when and if to move forward. In all cases, this horrible decision was left completely in the patient’s hands.

You Might Not Need a Miracle To Stop Your Pain

The thousands of people who came to me were hoping for what they considered a miracle. What they didn’t know was that there were no miracles needed. Resolving their pain was strictly a case of using logic and analysis to figure out the true cause of their pain, so it could be properly addressed. In 90 to 95 percent of the cases where doctors had identified a structural problem as the cause of pain, I found something completely different. What I discovered as I worked with people was that most of the pain they experienced actually came from muscular weakness or imbalance rather than structural problems.

Let me explain how this works. People perform tasks every day: they walk, they move from sitting to standing, they climb stairs, they do all sorts of simple actions that require groups of muscles to work together. When one muscle is weak or out of commission because of an injury such as a strain, people still attempt to perform these tasks. However, to do this, the body must call on other muscles to compensate and work more than they are supposed to. This is what leads to muscle weakness or imbalance. The strained muscle can then emit pain or even cause a misalignment of joint surfaces that the muscles attach to, which can create pain at a joint.

I found that by looking at a person’s symptoms rather than the findings from a diagnostic test, I was able to determine whether the cause of his or her pain was structural or muscular. The evidence became clear that the vast majority of patients had muscular causes. In these cases I was able to identify which muscles needed to be built up to resolve the weakness or imbalance causing the pain. And by having patients implement some simple exercises, I could help them overcome the pain they were feeling. Using this process, which I now refer to as the Yass Method, I wasn’t providing minor pain relief; I was providing complete pain resolution.

My book, The Pain Cure Rx, is intended to help you understand the true cause of your pain. By looking at things like your range of motion, flexibility, walking patterns, and posture, and combining this information with the interpretation of your symptoms, you will soon be able to identify if your pain is in fact muscular rather than structural. If it is structural, surgery is the proper course of action. However, if it is muscular, as a majority of the cases are, targeted strength training is the only answer. For those suffering from pain due to muscular causes, you have the power to treat your own pain naturally. And if you’ve already gone through surgery and still have pain, I hope this helps you see that there are safe and noninvasive ways to help yourself. To learn more, read the first chapter of The Pain Cure Rx, below:

Dr. Mitchell Yass has spent the past 20 years developing his method of diagnosing and treating the cause, not the symptom, of pain. His method, often called the Yass Method, is based on carefully interpreting the patients symptoms, not the u Continue reading