Come to My Rescue

Come to My Rescue

A songwriter’s search for spirituality. 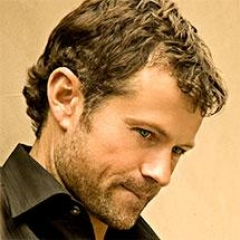 I hear the moving truck’s air brakes pumping out on Park Avenue and walk to the window in time to see the piano rolling down the truck’s ramp. A melody wanders into my mind, and I remember writing a song for my grandma on that piano just before they loaded it onto the truck in Seattle. I called it “The Invitation,” because my grandma has been dying for years, and I feel like she’s been holding in her hands an invitation to get into heaven, but for some reason God won’t let her into the party.

The movers lug the piano into the house, and by the time they position it in the corner, both Kona and my grandma wake up from their naps. I sign for the delivery, and after some wandering conversation, I get my grandma a glass of milk, give her a hug, and put Kona in my truck. As I drive away, I can see my grandma in the window, staring out and holding her milk, and I wish I could rescue her from the confines of that duplex and her fading consciousness. I wish I could put her in the back of my truck and take her to heaven or wherever it is she’s supposed to go. All of her friends are already there, including the love of her life, but she is still locked out, lying in her bed, year after year, unable to remember, but completely able to feel pain. Still alive, but not.

On the drive home I find myself thinking that if there were a just God, he would have allowed my grandma a graceful exit years ago instead of making her stand outside the gates as she turns into a puddle of what she once was. I have these questioning conversations about God with myself quite often when I’m in the water or driving long stretches of highway. But rarely do I have any kind of conversation with God, and if I do, it’s never part of a church service.

I inherit this tenuous relationship with a higher power and religion from my mom, who probably learned it from my grandma. My grandma is full of lessons, both in life and word, but few have anything to do with a higher power. One of her favorite sayings is, “Money isn’t everything, but it sure as hell helps,” which says to me that faith in herself won out over faith in God as she ground through the Depression. She tells me stories of growing up poor in the 1920s and ’30s and how her mom, a cafeteria worker named Clara, fed the family whatever leftovers she could bring home from work. Clara was also a seamstress and made my grandma’s underwear from the cafeteria’s burlap potato sacks. This was life in Depression-era Southern California, and from my grandma’s burlap underwear I think I understand poverty with gritty grace.

As my grandma disintegrates over the next few years, she often stares off into nothing, lost in another world where she doesn’t recognize me or remember her name. But sometimes when I ask her about the past, she’ll come back to who she used to be and talk about yesteryear like it was yesterday.

There is no mention of God when she talks about the car wreck that changed my grandfather forever and took away his trucking business, no mention of God in her stories of leaving him and struggling to feed my mom and aunt. The only time I hear her talk about God is when she couldn’t wait on God when there were mouths to feed. And there is no mention at all of her leaving my mom and aunt in a Masonic orphanage, where they develop their own suspicions of any God who would cause a car wreck or allow children to go hungry. Or take their childhood and shove it in the broom closet of an orphanage.

Despite my mom’s firm atheism, I get a sense as a kid of something bigger than myself from the congregational church down the street, where my parents send me to keep me out of trouble and gain some moral grounding. As I grow up, I grow out of the belief that there is only one correct religion, but I still feel spiritually grounded through my connection to the ocean and the shelf full of books by the great teachers. I come to believe that there is a way things work, and that way can be called God, or Love, or the Tao, or the Way, or whatever. As I get older, I find that most religions seem to hold the same beautiful laws for living, and what I call it doesn’t really matter anyway, as long as I try to live it. Easier said than done.

A few years after the piano delivery in Long Beach, my grandma is suffering even more. We are unsure when she will finally be relieved of her time here, so I find room for the piano in San Diego. The morning before we load it into the house, I read a charged story in the paper about church leaders condemning the right-to-die movement and suggesting we follow God’s plan. This adds layers to my frustration, and I wonder if those intent on calling religion only one thing are the ones who need to live it better, and the louder they speak, yelling at each other on TV shows, the more they can’t hear themselves.

Around Christmastime, images start coming over the airwaves of an earthquake quickly turning to a humanitarian crisis in Haiti. I am asked to contribute a song to a benefit record, so I write and record “Rescue,” which echoes my spiritual search and tries to imagine some sort of answer. You can see God at work in the cleanup, but it’s tough to see any of Him in the devastation.

Singer-songwriter and Hay House author Alex Woodard has toured nationally behind five critically-acclaimed albums, earning prestigious industry nods and sharing the stage with some of today's most popular acts. His book and album package, For The Continue reading